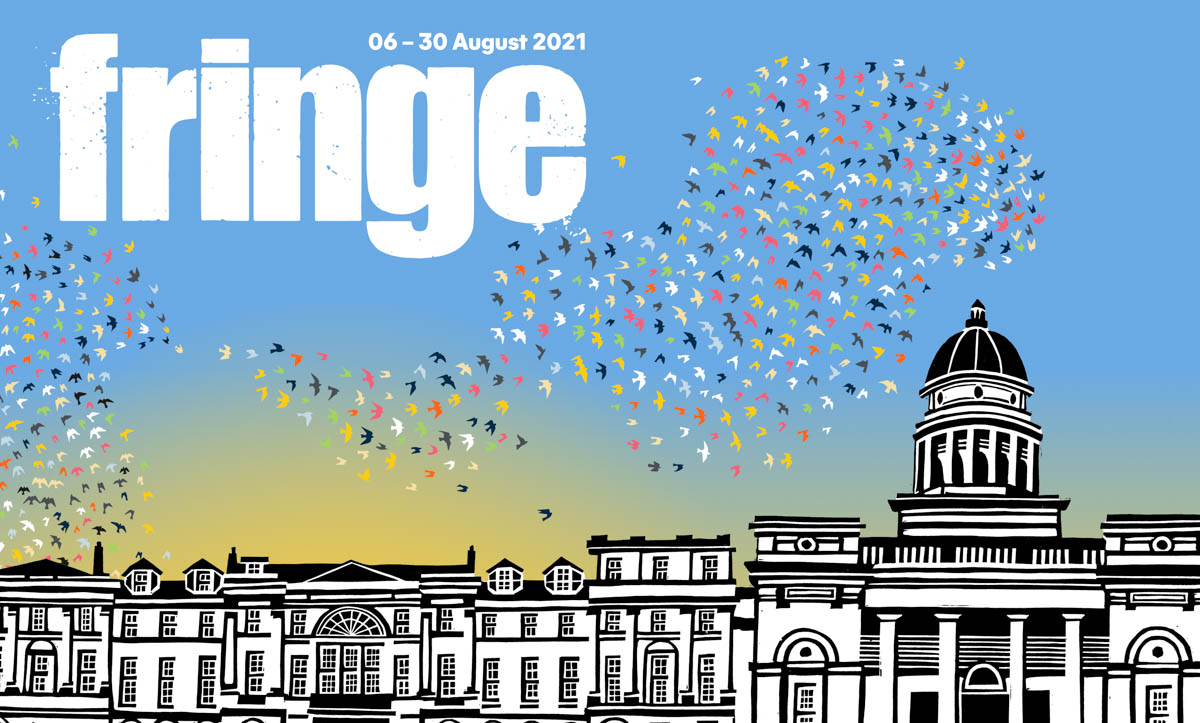 Corpsing – a theatrical term for actors taking a giddy-turn and spontaneously giggling at the most inappropriate moment.

Fresh from some mediocre Poly in London, Elliot arrives in one-sheep, small-town Scotland nowhere to inherit his late grandfather’s funeral business. It might be relevant to future plot developments that geeky Charlie, an invaluable assistant to the business, has just deposited a suspicious, bin-liner wrapped “package” on the parlour floor. He later explains that it is indeed a “..shaved badger road-kill”. Suspicious cannot be but aroused.

Sit back now and reflex writhe and guity-groan as gallows-to-grave punchy dialogue piles on the puns and grotesque gags. Elliot is right to have his suspicions about the high level of Funeral Business Plans throughput given such a small population. He discovers that Charlie, in collusion with grandpops “facilitated” early passings-over.

He is rightly horrified, but as with the plot catalyst moment of decision harking back to Classic Greek tragedy – he really, really needs to walk away now, let alone call the police. But of course, by now Charlie has colluded to implicate him with murder and some juicily blatant blackmail. Charlie argues it is mercy-killing – euthanasia by future appointment. Elliot attempt to close the business right now telling Charlie, “It’s not personal – well, yes it is – you’re a f***ing psycho!”

The grim humour runs as rampant as the prospective body-count because Charlie has a “Business-Plan”. The finances are a £2 million quid disaster and, further more, the garrulous, insufferably vivacious Fiona arrives as the their auditor. Plot teases and deflections run further rife keeping every option open as to whom, when and how the next body will be “facilitated”.

True to the essential ethos of fast-paced farce, the cast milk any opportunity to keep the punters whooping – second, third and infinite denouement-guessing.

Corpsing is a show well set to be celebrated in the Pantheon of plays to die for. Utterly recommended – best check your aged Granny’s latte pre-performance though. 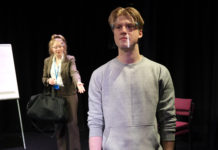 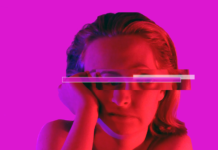 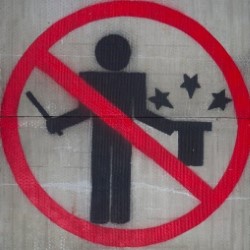