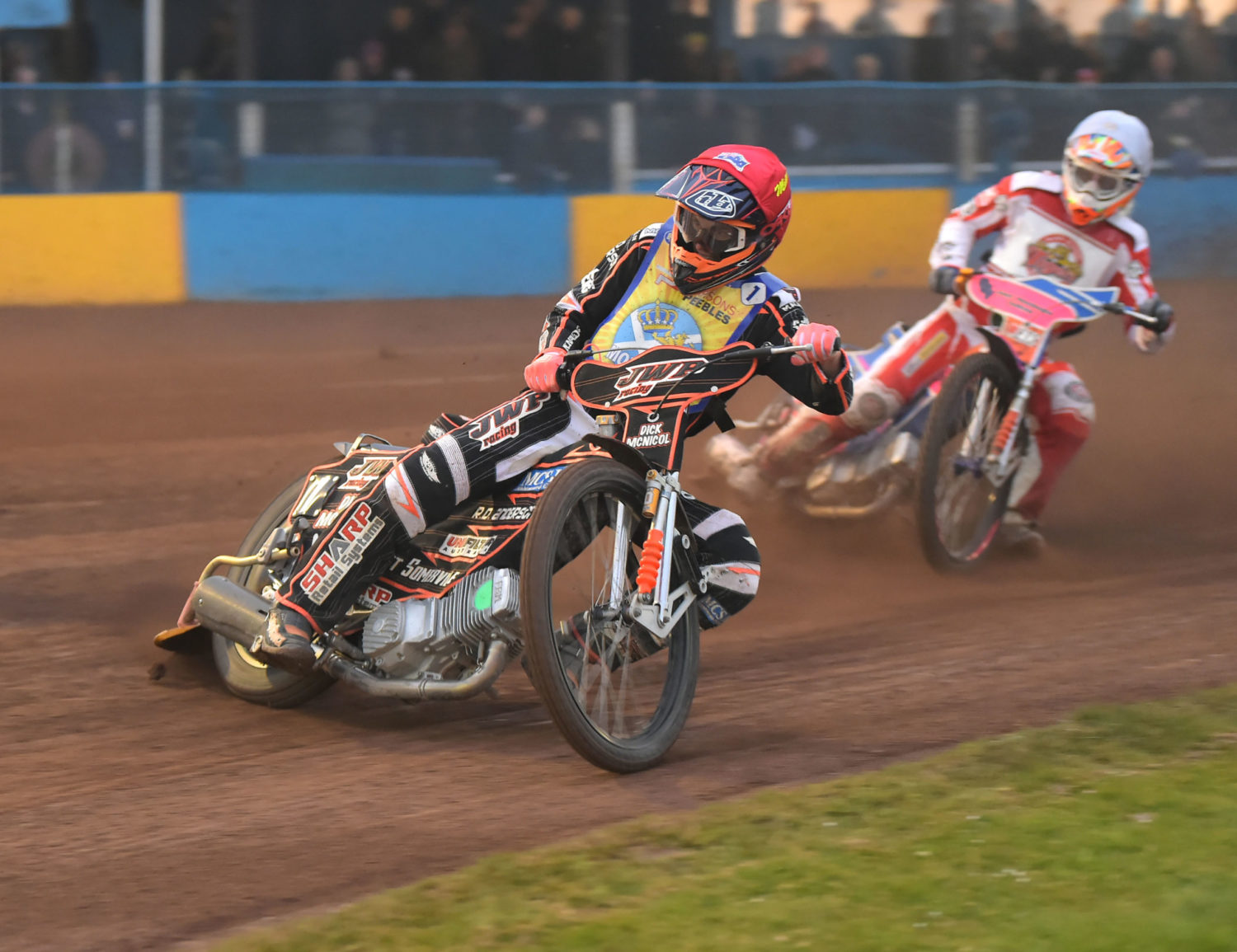 What the Fork Monarchs pulled off one of their most remarkable results for many years by winning 46-44 at Eastbourne, their first victory at Arlington Stadium.

It certainly made the near 1,000 mile round trip bearable for team boss John Campbell who said “They made the track so, so wet at the start which was fine for our guys, that’s what they are used to generally.

“But the Eagles were completely put off. In the first half of the match Richard Lawson was the only home rider of consequence, though Kyle Newman got better as the night went on.

“Of course, we got lucky at the end when Newman packed up but we deserved to win for sure – Richie had an engine failure before heat 13 and that put him right off as well.

“It was brilliant, and all did their bit apart from William Lawson who was not on the pace. I can’t understand that as he’s been good here before and conditions should have been ideal for him.

Joe Lawlor won Heat 2 even though he’s still having trouble holding on with his wrist injury. Nathan Greaves is fitting nicely in at no. 2, and Kye Thomson is going to get better and better. He was annoyed with himself for not winning Heat 12 even though it was a track expert who caught him. Kye is going to be so good, a joy to work with.

“Everything was positive about the whole show apart from Sam lifting going down the back straight in heat 15 after making the gate!

Monarchs have never even been close at Eastbourne before but astonishingly they provided the first six race winners here, and third places for Nathan Greaves twice and Joe Lawlor meant that Eastbourne were using a tac sub by Heat 7. That didn’t work as Pickering and Thomson kept Brennan at the back.

However Greaves was pipped at the line by Brennan in Heat 8 and then a home 5-1 levelled the scores after Heat 9, so many must have thought the tide was turning.

Not a bit of it. Aussie pals Pickering and Thomson rattled off a Heat 10 scoreline of 5-1 and Monarchs led again. Richard Lawson handed Sam Masters his first defeat but again Greaves got the vital third.

Newman passed Thomson in Heat 12 and the lead was down to two points but Sam Masters and Josh Pickering won the next two heats to set up that dramatic and slightly fortunate finish.