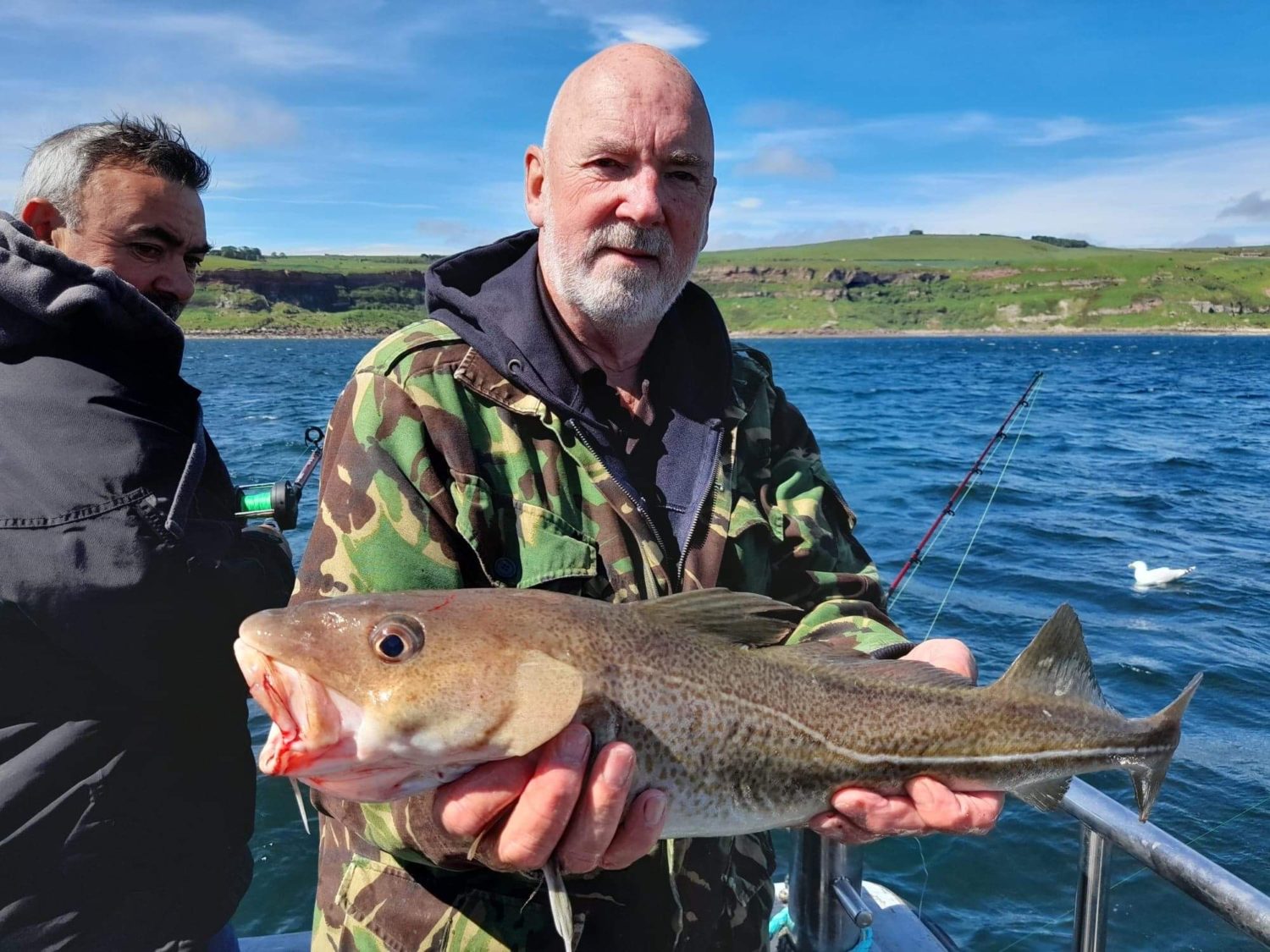 Mackerel are in according to Aquamarine Charters boss Derek Anderson who saw the first surge this week off St Abb’s Head near Eyemouth.

And word spread fast as his five-hour charters over the weekend were quickly full.

Anderson, by the way, has rods and feathers on board for those without equipment but in you wish to use your own then a 7ft boat rod and three feathers is ideal with a 6oz or 7oz weight.

He said: “All you do is drop the feathers over the side, simple as that, and, hopefully, you will get a bite. Normally, most people catch and traditionally mackerel trips are fun, particularly for youngsters.”

Check his website for more trips but he stressed that his schedule is weather dependant and recently sizeable cod have been netted despite the blustery.

Conditions in the rover event from Belhaven Beach to White Sands were a flat calm and Green landed his fish off the old battery point off Dunbar Harbour.

The next leg is on Wednesday, June 23 and details of the venue will be confirmed in the club’s Facebook page.

Meanwhile, Mike Horn, president of the Scottish Federation of Sea Anglers (SFSA) encouraged fishermen to enter the organisation’s events which are staged throughout the rest of this year, COVID-19 restrictions permitting.

The next match is the SFSA Open on Saturday, July 3 at stunning Lunan Bay to the north of Inverkeillor on the A92 between Arbroath and Montrose with fishing from 13.30 to 18.30 and entries to non-SFSA members are open.

Information is on the Scottish Shore Angling Match group’s Facebook page, however, registration is at the main car park at Lunan Bay from 11.30 to 12 noon with all pegs positioned to the south of the car park over the river.

All bait will be supplied which is a new departure for the group and entry, inclusive of bait, is £25. The peg draw will be completed online the evening before with full details released at the same time.

Also, the entry will include a golden peg draw from cards handed at the end of match and a size limit will be 18cm. A maximum of three hooks is allowed.

Horn said: “We would encourage those interested to get involved as we are looking for new talent all the time.”

There was a full house of 45 anglers for the first event at Riverside Drive in Dundee including two women, two juniors and a disabled angler in a wheelchair.

Horn added: “Entrants came from as far afield as Peterhead and Aberdeen, Cumbria and Northumberland as well as all over the East Coast of Scotland plus the West Coast.

“The pre-draw worked really well with everybody seeing it on Facebook prior to travelling and everybody came with the correct money and registration went well.

“It will be the same next time but a change is that bait will be supplied. It is the first time we have done this but it makes it easier for everybody as they don’t have to worry about finding bait on a Saturday. Supplying bait will, we feel, be a great leveller.”

Lunan Bay will have a limit of 60 pegs and the east-facing beach is backed by sand dunes and framed by low cliffs to the north and south.

Horn said that the sandy beach has a shallow slope into the water for some distance, a big difference from Riverside Drive in Dundee last Saturday.

A variety of species were hooked at the Dundee event including eel, flounder, whiting, codling, bass, smelt and coley.

Chris Empson from Dunbar was first in his section with 15 fish and Dalkeith-based Mike Kyle was second in his with 32 fish. Stuart Kyle, Mike’s son, was first in the junior section.

SCHEDULE: East Fife Open at Anstruther on Sunday, July 18 (fishing 12.30 to 17.30) followed by the SFSA Individual an Monreith Bay on Saturay, August 7, The Clyde and West Open is on Sunday, September 12 and the SFSA Erskine Open on Sunday, September 26, the Scottish Flounder Championship follows on Sunday, October 10 and the Iain Reid Memorial is on November 13 and 14.

PICTURE: cod on board during a recent Aquamarine Charters trip