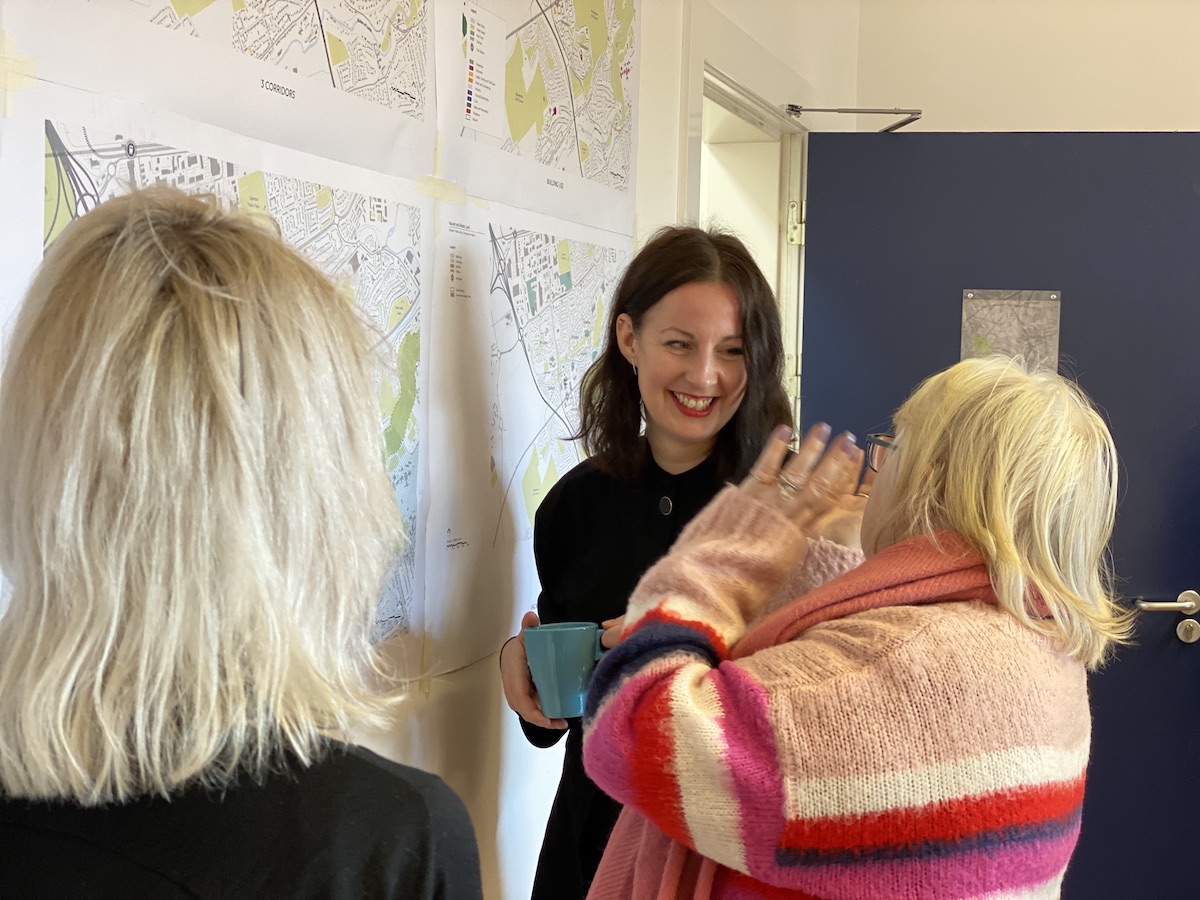 The newest exhibition at the V&A Dundee featuring an imagined project with a bridge over the canal in Wester Hailes opens this weekend.

It is the idea of Edinburgh-based architects 7N working along with Architecture and Design Scotland and a number of local people. The project began in 2019 with the architects pairing up with five locals from Wester Hailes along with designers in a series of discussions.

The discussions centred around improving the spaces where they live and what their future hopes and aspirations are. There is a real possibility of making these hopes a reality by asking What if..?/.

There is a film of the process made by filmmaker, Basharat Khan, and the exhibition – which was initially prepared for the Scotland + Venice exhibition at the 17th International Architecture Exhibition – La Biennale di Venezia in 2020 – has now been adapted and is on show for the first time in Dundee.

In Wester Hailes one of the key topics was around connections; connecting communities within the area and providing spaces for human connections.  In 2012 the totem pole in Wester Hailes was installed to provide a focal point. This was a huge project at the time, and was unveiled by the then Lord Provost, Donald Wilson. You can see it from the canal or the road which passes the grassy area just near to where the newly designed bridge might possibly be sited.

Local residents Emily Stevenson and Eoghan Howard discussed with Katie Hay from 7N how a footbridge across the Union Canal would provide a connection to green spaces which would improve lives.

Several groups discussed the derelict garage as a potential location for a community meeting place and how it was once an important part of the community and had the potential to be so again.

Leah Black from WHALE Arts, who hosted the workshops, said: “It feels like a lifetime ago that Eoghan and I introduced a small group of local residents from Wester Hailes – Eunice, Emily, Bahiya, Ili, Chuks and Louize to the architects working on What If…? Scotland.

“We were delighted at WHALE Arts to play a part in making these introductions, however the success of this project was contingent on the generosity, open-mindedness and creativity of the group of local people who are passionate about improvements to the local area.

“The project was timely for us as we were working with Wester Hailes Community Trust, Ian Gilzean and partners on the beginnings of a Local Place Plan for Wester Hailes. This work on the LPP has continued to develop throughout 2020 and 2021 and we are thrilled at the notion of being able to incorporate some of these inspiring ideas into the long-term regeneration of Wester Hailes.”

Ewan Anderson of 7N Architects said: “When we first met with these communities in late 2019, who could have foreseen how much our lives would change?  It’s interesting that even prior to a year in lockdown, community and spaces to gather and meet were of common importance throughout Scotland.  I’m delighted we have found a home for the exhibition as it is important that these stories are told.  And how fitting that this exhibition examining our places and how design affects them will be presented at Scotland’s first Design Museum V&A Dundee.”

The exhibition is called What if…?/Scotland and will run until 21 November 2021, giving everyone plenty of time to visit.