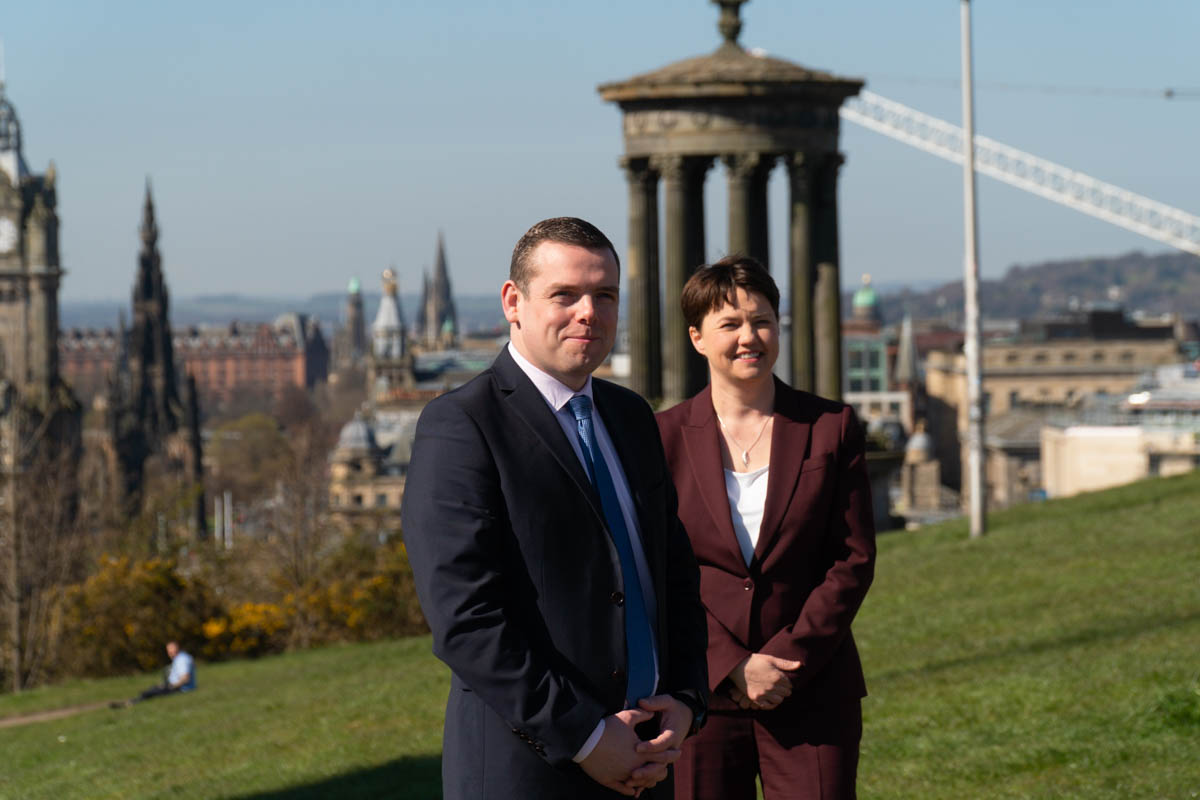 Although she is not a candidate in this election, former Scottish Conservative leader, Ruth Davidson, has been a constant support to new leader, Douglas Ross, during the campaign.

This morning she has written an open letter to pro-UK voters urging them, once again to put aside party allegiances and vote tactically for the Scottish Conservatives with their peach ballot paper.

In a message that will be sent to hundreds of thousands of Scots, Ruth Davidson, who won the constituency of Edinburgh Central at the 2016 election with 610 votes, said the election comes down to a simple decision between another referendum or Scotland’s recovery.

She joined Douglas Ross yesterday to launch the party’s final ad van campaign of this election, appealing for anti-referendum voters to come together and use their peach party list votes for the Scottish Conservatives to stop an SNP majority pushing for indyref2.

The party also highlights that both of Sunday’s polls show Labour on course for their worst result at Holyrood, and that at least 20 polls since March show the Scottish Conservatives with a clear lead on the list.

On Monday, Chancellor Rishi Sunak also called for voters to use their peach list ballots for the Scottish Conservatives to “finish the job of getting through this health crisis” and “move onto the task of rebuilding our economy.”

In her open letter, Ruth Davidson said: “We’re in the last few days of the Scottish Parliament election and it’s all coming down to one simple decision.

“Do we spend the months ahead focused on recovery from Covid – rebuilding the economy, protecting jobs, ensuring our children’s education gets fully back on track? Or do we get dragged back into the divisive and damaging independence referendum the SNP say they will hold?

“I know my answer, and I think yours too. We need to be 100% focused on recovery and nothing else.

“No matter who you vote for on your lilac-coloured constituency ballot paper, it is absolutely vital that you use your peach ‘party’ ballot paper to vote Scottish Conservative and Unionist, to stop an SNP majority and another independence referendum.

“So I’m asking you to use your votes on 6th May to really make sure that’s what happens.

“Peach party vote for the Scottish Conservatives to stop another referendum – it’s as simple as that.”