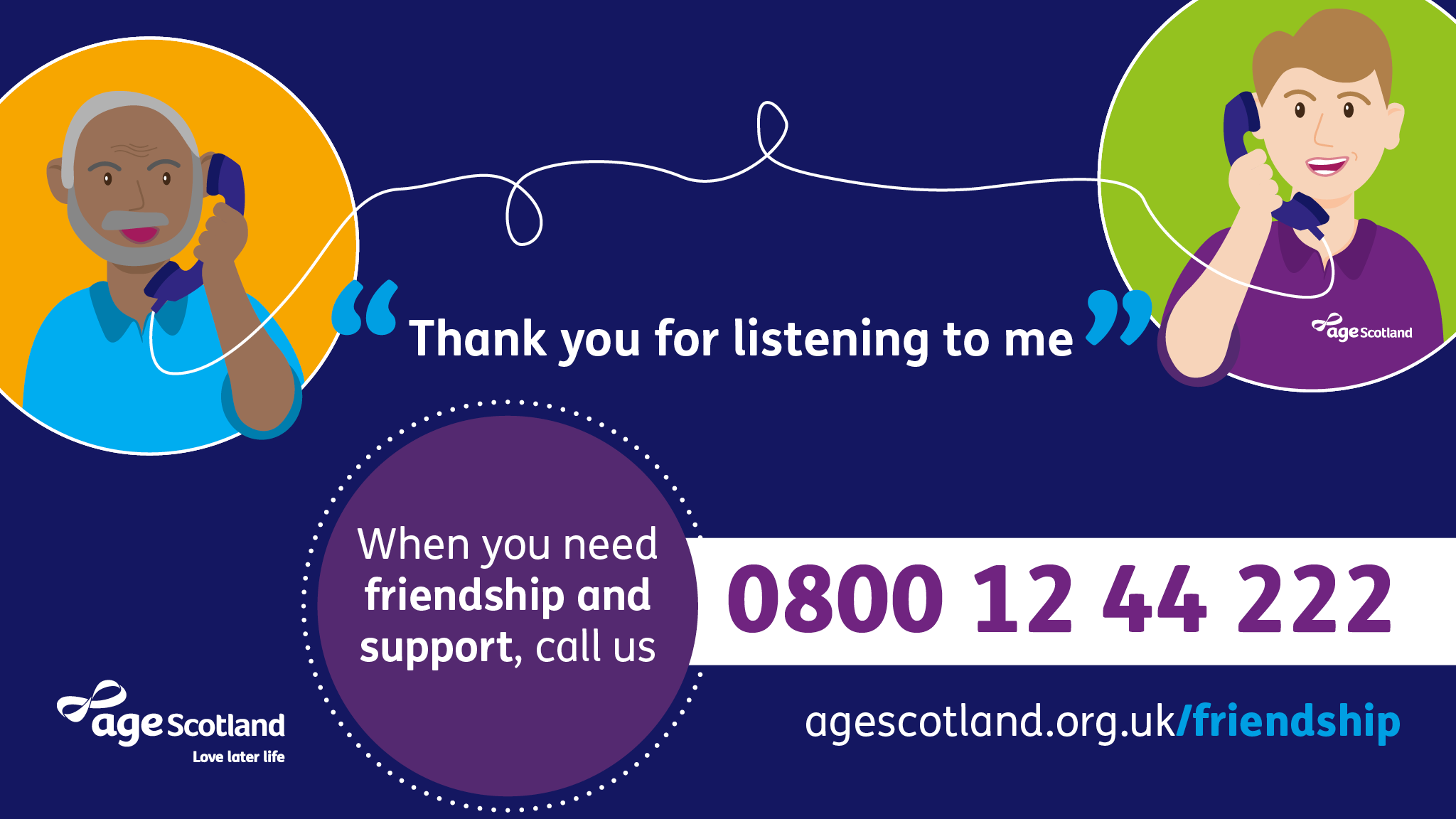 The national charity for older people, Age Scotland, has called on the next Scottish Government to have more policies to help older people. They also want the next government to set up an Older People’s Commissioner for Scotland to safeguard older people’s human rights.

The charity says that the pandemic has shown the need for politicians to speak up for older people who have been impacted by the high death rates and the serious illness which Covid-19 causes. Care home residents were denied access to their families and some social care packages were stopped. The imposition of blanket Do Not Attempt Resuscitation notices is described by the charity as inappropriate.

An Older People’s Commissioner for Scotland would be empowered to hold public bodies to account and take up casework on behalf of older people.

They will be expected to advance the rights of people living with dementia and would be a link to government in the same way as the commissioners appointed in Wales and Northern Ireland.

The charity’s manifesto asks outline a number of key areas for action:

Brian Sloan, Age Scotland Chief Executive, said: “At this Scottish Parliament election our key focus is on how to help older people be as well as they can be, tackling loneliness and isolation and promoting a positive view of ageing.

“The Covid-19 pandemic has had an unimaginable impact on all our lives and for older people it has been devastating. it has drawn into sharp focus the severe challenges older people have faced.

“Older people are an incredibly valuable asset to the country but too often under appreciated. Our main ask at this election is for the next Scottish Government and parliament is to establish an Older People’s Commissioner to help protect and promote their rights. Over the last year we have seen just how important this role has been in Wales and Northern Ireland. In Scotland, along with a cabinet secretary and minister responsible for older people, this new commissioner would be incredibly valuable.

“We also need action on tackling loneliness and social isolation; rebuilding the public services and the voluntary organisations that have been greatly impacted during the pandemic; reforming social care and boosting health services; ending pensioner poverty and health inequalities; building more good quality, accessible, affordable and energy efficient homes. There must be better support for older workers, creating age inclusive workplaces; and a national effort to tackle ageism head on.

“Scotland’s older population is growing at a faster rate than the rest of the UK. We want to see every political party in this election bring forward policies to help our older population, those in the greatest need above all, and for Scotland to be the best place in the world to grow older.”