The Scottish Police Authority (SPA) Board has appointed six new members who will take up their new roles on 1 April.

Justice Secretary Humza Yousaf said:“I am pleased to announce the appointment of these new members who will bring a wealth of skills and experience to the SPA, strengthening an already strong Board as it continues to scrutinise Police Scotland.
“In the last year, policing has never been more important as a key frontline service in the drive to keep people safe during our response to COVID-19.
“The new members, along with improvements in governance and engagement, will better enable the SPA to address the many new and unprecedented demands on Scottish policing.”
Martyn Evans, Chair of the Scottish Police Authority, said:“I am delighted to be welcoming six new Authority members. Each bring a wealth of experience and skill in public sector governance and leadership as well as broad range of perspectives spanning local, national and third sector. I look forward to working with them as the Authority seeks to support and develop policing in the years ahead.”
The new members who will take up their positions on 1 April are:
Dr Robert Black CBE – Scotland’s first Auditor General and serving chair of the Audit Committee of the British Library.
Mr Paul Edie – Chair of the Care Inspectorate since 2013 and a Council Member of the Scottish Social Services Council.
Mr Alasdair Hay CBE QFSM – Former Chief Fire Officer of Scottish Fire and Rescue.
Mrs Katharina Kasper – A senior risk and compliance professional and non-executive member of the NHS Lothian Board.Professor Fiona McQueen – Former Scottish Government Chief Nursing Officer.
Ms Catriona Stewart – Has worked in an advisory capacity at national level, including to the Independent Review of the Mental Health Act (Scotland) and the Scottish Government’s Improving Understanding of Autism/DifferentMinds campaign. 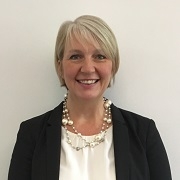 Seven new members appointed to the Scottish Police Authority Board 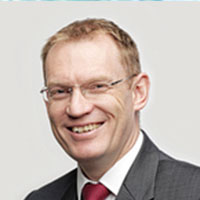 Police Scotland response to SPA statement on i6 project