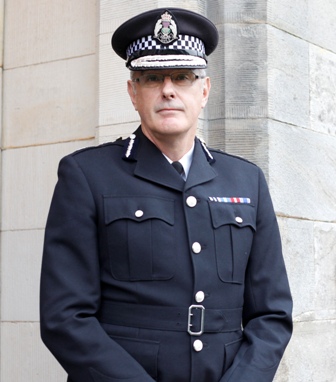 He had been on special leave since September 2017 while inquiries were conducted into seven complaints made against him. He has denied any wrongdoing.

In a statement on its website, the SPA said: “Chief Constable Gormley requested a leave of absence in September 2017 to facilitate ongoing investigations into allegations made about him, which he denies.

“It has become clear to Chief Constable Gormley that irrespective of the outcome of the ongoing investigations he will not be able to resume his operational role in Police Scotland in a meaningful way, and the ongoing disciplinary process may take some time to complete.

“He has therefore decided to step down and end his contract 10 months early in the interests of the office of the Chief Constable and to allow Police Scotland to move forward with their agenda and strategy which he previously set in motion.

Susan Deacon, Chair of the SPA, said, “Chief Constable Gormley has made a significant contribution to policing in Scotland. The delivery of the 10-year strategy ‘Policing 2026: Serving a Changing Scotland’ provides a strong basis for Police Scotland to move forward. I would like to thank him for this contribution and wish him well for the future. This has been a challenging period for all concerned, and in the interest of policing in Scotland we now need to move on.”

Chief Constable Gormley said, “The last 8 months have been difficult for me and my family, in particular I would like to thank my wife for her love and loyalty. The events since November 2017 have led me to the conclusion that it is impossible for me to resume my duties in a meaningful way prior to the end of my contract. I now need to prioritise the health and wellbeing of my family on whom these events have taken a significant toll.

“The support of colleagues from across the UK with whom I have served during the last 32 years has been a source of great strength. As Chief Constable of Police Scotland I have had the privilege to meet and work with some exceptional people, I wish them well for the future and it is in their interests that I feel it is right to step aside.”

Deputy Chief Constable Iain Livingstone said, “On behalf of everyone at Police Scotland, I would like to thank Phil Gormley for his contribution to policing and wish him and his family well for the future.

“The last few months have been a difficult time for Police Scotland and for many individuals.

“My focus, and that of all officers and staff, will remain on day-to-day policing and serving the people of Scotland as we go forward.”

The SPA had previously decided that Mr Gormley should return to his post in November, but the decision was reversed after Scotland’s Justice Secretary Michael Matheson expressed concerns.

The Police Investigations and Review Commissioner said all the misconduct investigations would now come to an end and the information would be passed to the SPA.