Figures released by The City of Edinburgh Council have shown that affordable homes represent a tiny proportion of all accommodation built in the Gorgie-Dalry community in the last decade.

The local councillor Cllr Ashley Graczyk says that just 85 affordable homes have been built from 2011 to date, while planning permission has been granted for over 1,183 student units in the same period.

Cllr Graczyk requested the data and has started a housing activism campaign to raise awareness on the issue. She expressed her concern about the lack of affordable housing being built.

She said: “The student population here in Gorgie-Dalry has almost doubled in the last 10 years. We’re starting to get to levels that change the balance of our community. I’m particularly concerned, because although students are welcome members of our diverse, international community, I do not think segregating them off into purpose-built units aids integration into the life of the local community.

“Students also do not pay Council Tax, so this increased population puts a strain on essential services in the local area such as bin collections and health services without the corresponding increase in revenue. We need more affordable, high-quality homes that can host families of all compositions, including single households, couples, students and families.“

She explains that new purpose-built student accommodation developments will see the student population in Gorgie-Dalry rose from 1,298 in 2011 to 2,481 by next year. In addition to the units already granted planning permission, a new student development is currently proposed for the site of the old Tynecastle High School. The proposal is to create a further 560 student units, and would be the largest such development in the local area to date.

Cllr Graczyk is firmly opposed to this proposal. She said: “We are reaching saturation point with purpose-built student accommodation units here in Gorgie-Dalry. Around 93% of planning applications are for student-only accommodation. Many local residents are angry that hundreds of student units are being built and scarcely any affordable homes.

“The community has already successfully campaigned against totally inappropriate student developments in our community at Scotmid on Gorgie Road and at Richmond Terrace and I will be supporting people in my ward by leading a similar campaign against this new mega development.

“Edinburgh Council’s own housing guidance states that for sites over 0.25 hectares, residential accommodation must comprise 50% of the floor space, so I am confident that fellow councillors will reject this proposal. It is essential that this site, at a massive 1.6 hectares, includes a substantial affordable housing component to provide the homes we need in our community.

“I am interested in seeing a high-quality proposal come forward for a mixed-use development of this site that prioritises affordable housing and provides benefits for the local community.

“I invite local residents to contact me with any concerns.”

Cllr Ashley Graczyk is Independent Councillor for the Sighthill-Gorgie Ward and candidate for Lothian in the forthcoming Scottish Parliament election. 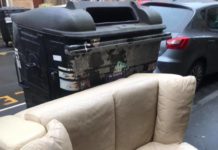 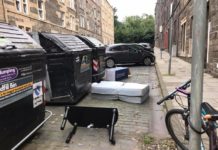