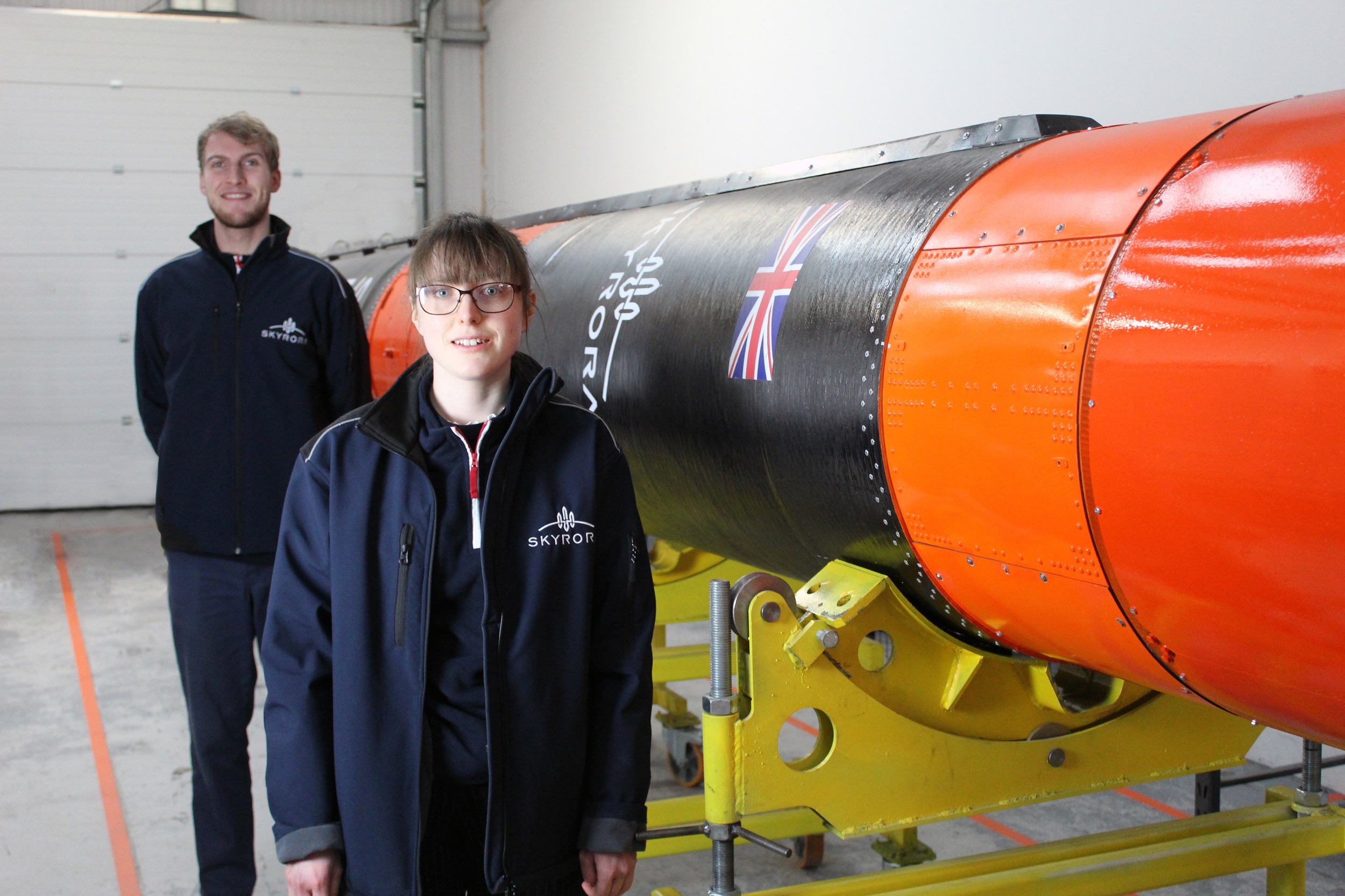 Bethany Taylor and David King, who were selected from more than 100 applicants, will be based at Skyrora’s production facility at Loanhead – supporting the company’s aim to help Scotland to become a key player in the UK’s space race programme.

Both David and Bethany will play a part in assisting Skyrora to achieve its goals for 2021.

Bethany said: “I am really looking forward to learning about how the business is run and having the chance to work on different projects, using the knowledge that I have learnt at university, on real life projects within Skyrora.”

David added: “I am thrilled to have the opportunity to work with the team at Skyrora, who are getting the UK back into space. It will be a great chance to push myself and learn from all the talented individuals who work here.”

Skyrora – through a range of important breakthroughs, including successful test launches and pioneering an eco liquid-fuel – has established itself as the UK’s leading private rocket company, supporting the burgeoning small satellite market. It aims to launch its first rocket – the Skyrora XL – from a UK site in 2023.

Dr Jack James Marlow, Head of Engineering at Skyrora said: “2021 will be another important year for Skyrora as we move towards our first launch – an event that also will of huge significant to the UK’s space industry ambitions.

“But to achieve our goal – and continue to support the focus on space as a growth sector in both Scotland and the UK – it’s vital we continue to engage with universities to forge and develop the new talent of the future.

“With 100+ applications, Skyrora’s placement programme has seen major interest from all over Europe.”

Skyrora offers technical positions for students at the start of each year, as well as summer internships.