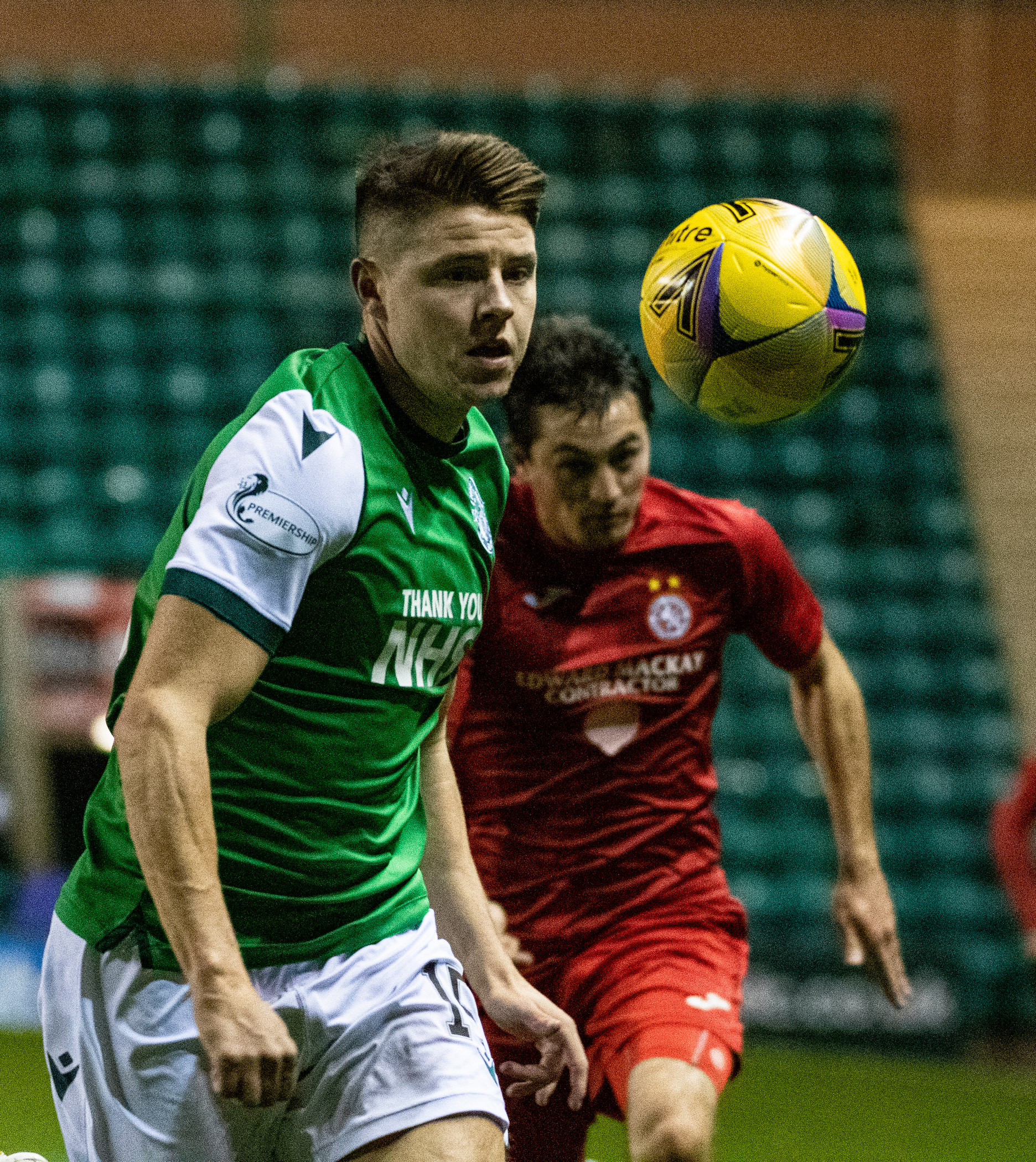 A few eyebrows were raised when Hibs spent a reported £250,000 to bring in Kevin Nisbet from Dunfermline during the summer transfer window and there was criticism from certain quarters given that his new team mates had been asked to take a wage deferral.

There was no doubting his quality at a lower level having netted 34 times in 46 games for Raith and then 23 times for 32 outings for Dunfermline but it was seen as a ‘calculated gamble’ given his lack of experience in the top-flight.

Since then the gamble has paid off and following an impressive start to his Easter Road tenure, the young striker is being quoted for an international call-up with next year’s European Championships on the horizon.

His progress is all the more impressive when set against the backdrop of the personal heartache that his family have had to endure after his father Thomas sadly passed away, having been diagnosed with terminal liver cancer towards the end of Scotland’s lockdown period.

A few days later, Kevin bravely honoured his dad’s last request for him to put his sadness to one side and take his place in the Scottish Cup semi-final at Hampden.

Kevin explained: “We’d known about Dad’s condition for, maybe, the last three months, before I signed for Hibs. Terminal liver cancer. The words hit you. Unfortunately, his health deteriorated in the last week. It all happened very quickly. We hoped we’d have had another couple of weeks with him, but it wasn’t to be.

“I had to leave training quickly on Tuesday to be at his side. There are all the obvious precautions for everyone just now and, like a lot people, I’ve had to say goodbye to a loved one in difficult circumstances. It’s been a tough time for so many people.

“I’d been visiting him in the garden for the last wee while, at his insistence. More than anyone he was making sure I was following all the proper protocols. I’m grateful for that time we had but it has been hard.

“Dad’s been the driving force behind how I’ve been playing in the last few months. Not just because he’s my hero and I wanted to do it for him, but because he’s always believed in me. Ever since I first kicked a ball.

“In the last few months it hasn’t been easy in terms of worrying about him and juggling that with football, but he was adamant that I – as best as I could – stayed single-minded when I was at training and playing games. Anything I do now will be for him.”

By his own admission, Kevin didn’t fulfil his own potential in those early days at Partick Thistle but he has more than made up for it since with a relentless commitment to improve.

Thomas played a big part in Kevin’s decision to sign for Hibs other offers north and south of the border, including city neighbours Hearts.

He added: “Dad was adamant that I should come here. It was in my head to do the same, but he really was set on it. He was convinced this was the best place for me to come at this point in my career. It’s worked out that way and I like to think I made him proud.

“With the way I’ve started the season, and the way the team has been playing, I think it’s helped keep him going and been a welcome distraction. Every week he’s looked forward to the games and watching me play. He loved to see me score.

“Darren McGregor has been there for me. He lost his own Dad at a young age and knows exactly how I feel and how to juggle that with football. I have to thank Darren and the rest of the lads because they’ve all been great with me. The same for the gaffer (Jack Ross) and Potts (John Porter).

Team mate Darren McGregor was quick to praise the 23-year-old’s character saying: “I’ve said time and time again that Nizzy (Kevin Nisbet) has been nothing short of a revelation since he’s came here. He’s such a grounded guy and has such potential and  the background stuff going on at the minute shows that he can still come out here and bash out a performance like that is testament to him as a person and a character.”

Scotland will take part in their first major tournament for 23-years next summer and former Hearts captain Michael Stewart is one of a growing number who believe that Kevin should be selected for the European Championships squad if he keeps up his current form.

Kevin however is focussed on adding to his goal tally with Hibs although he admitted that playing for Scotland would be a pinnacle of his career so far.

He added: “It’s encouraging to know the Scotland manager is aware of how well the team are doing. I just have to keep playing well, scoring goals and hopefully it will happen for me too but I’ve always backed my ability that I will get goals and I’ve proved that in the last few seasons.

“Of course, I do think that I can make the step up to challenge for a Scotland place as I’ve made a good start to the season and I’m high in confidence about the future.

“Playing for your country would be the pinnacle of anyone’s career and it’s all good right now but the priority is to focus on staying in the Hibs team by continuing to score goals that can help us win games.”

Hibs’ Head Coach Jack Ross is in no doubt about his ability to progress to the international stage and he believes that he is not far away. He added: ““Kevin has that ability to score all sorts of goals.

We’ve seen it countless times. He has been terrific since he came to us and his contribution has been invaluable.

“I have spoken to Steve Clarke recently with the inclusion of Ryan (Porteous) and then Paul McGinn going into the squad – and he’s well aware of Kevin’s progress.

“I don’t think he’s far away and if he continues in the vein of form he’s in at the moment, then he’ll force his way in.”