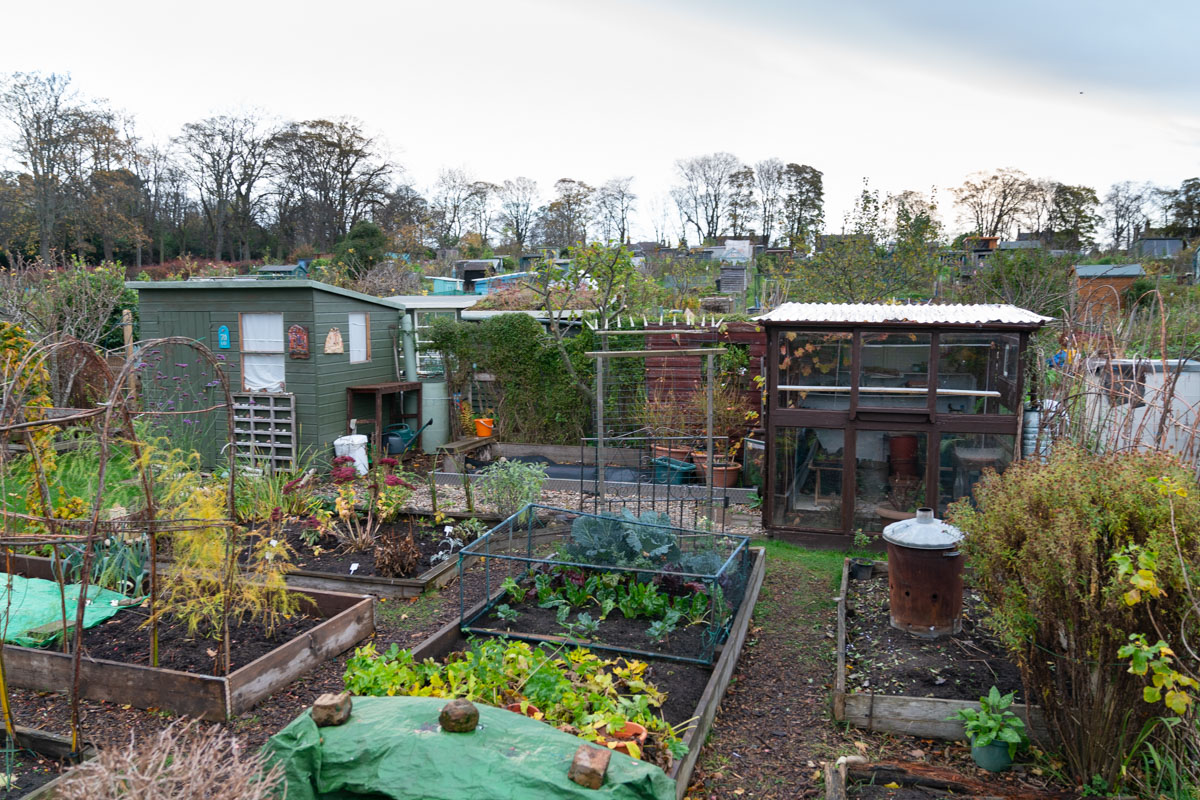 The council manages 1586 allotments in Edinburgh but it needs to provide 1,500 more to meet its legal obligations in terms of the Community Empowerment (Scotland) Act.

Scottish local authorities are obliged to provide allotments and a council must also to take steps to ensure that nobody is on a waiting list for more than five years. The waiting list should not be more than half of the number of allotments provided.

Such is the demand for allotments that the council has carried out regular inspections and has ended some tenancy agreements where the allotments were not being tended. In total in 2019/20 the council contacted tenants 500 times to ask for improvements.

But it seems will take time for the council to fulfil its legal requirements.

The council has no funding allocated to providing allotments, and some of the land which could be used is what is known as common good land. The use of this land would require a court decision to allow that, which would be expensive.

There are potentially 200 more allotments which can be created at Clerwood Walled Garden, Little France Park, Gypsy Brae, the former Leith Links bowling green and Fernieside Recreation Ground. Since there is no council funding any applicants for new allotments will be encouraged to form an association to raise funds themselves.

Cllr Hal Osler who represents Inverleith ward confessed to some frustration at the slow pace. She said at the Culture and Communities Committee meeting: “When we discussed this in January – pre-Covid – we understood the increasing demand for this service. I represent a very densely populated ward and the majority don’t have gardens. I am a little frustrated. It is good that we have the possibility of 200 allotment plots. Part of the issue with this is the identification of possible sites, because of Common Good Land and other restrictions such as the need for housing. All of that is totally understandable. I suppose my frustration lies around the fact that where we can identify any sites we then hit the problem of funding. We have to find a way of understand this. Where are we going to look for funding? I would like to have better understanding of what we are going to do about this, rather than just say that we have identified an issue. How do we make this a priority?”

The council’s Head of Parks and Greenspace, David Jamieson, said: “In working with communities the support we are able to offer is in design and costing exercises, bringing people together and helping them identify key potential third party resources that either we or they can apply for. That process is inevitably slower.”

Vice-Convener Cllr McNeese-Mechan mentioned that the council is still talking about thinking horizontally rather than vertically. She suggested that the parks department should look at the innovative things like vertical farming, creating some sustainability with innovation.

Cllr Scott Arthur suggested looking at temporary or meanwhile projects too to meet the need for new allotments, although the council officer said property developers were perhaps a little reluctant to release land for that purpose.

There have been some new allotments provided in the last year at Letham Park on Ferry Road, at Piershill Square where there are 10 to 12 plots nearly ready for use, at Newcraighall where the Barratt Housing development will open later this year with 24 allotments within the site. Finally there are six more being provided at the existing Leith Links allotment site.

The overarching organisation, the Federation of Edinburgh and District Allotments (FEDAGA), works in partnership with the council. FEDAGA has set out rules for working on allotments during the pandemic, which was deemed a valid form of exercise during strict lockdown.

Following new regulations which the council approved earlier in the year, a consultation exercise was conducted to which there were 224 replies, most of which agreed with the new draft rules. Some further changes are to be made following collaborative work with FEDAGA.

In Edinburgh there are also community gardens where food is grown. The council supported the establishment of these 69 gardens where groups work together on gardens rather than having their own plots.

In March 2019 the council asked if it would be possible to give priority to those who are referred for horticultural therapy by medical professionals. Today, the Culture and Communities committee heard that FEDAGA’s recommendation is that it would be unfair to offer any group priority to allotments and instead these referrals should be directed to existing voluntary organisations.

It costs £126 a year to rent a full plot on a council-owned allotment site with lower fees for smaller plots or those who qualify for concessions. The council and FEDAGA are carrying out a consultation exercise on fees which might affect the charges set in the council’s 2021-22 budget in February.