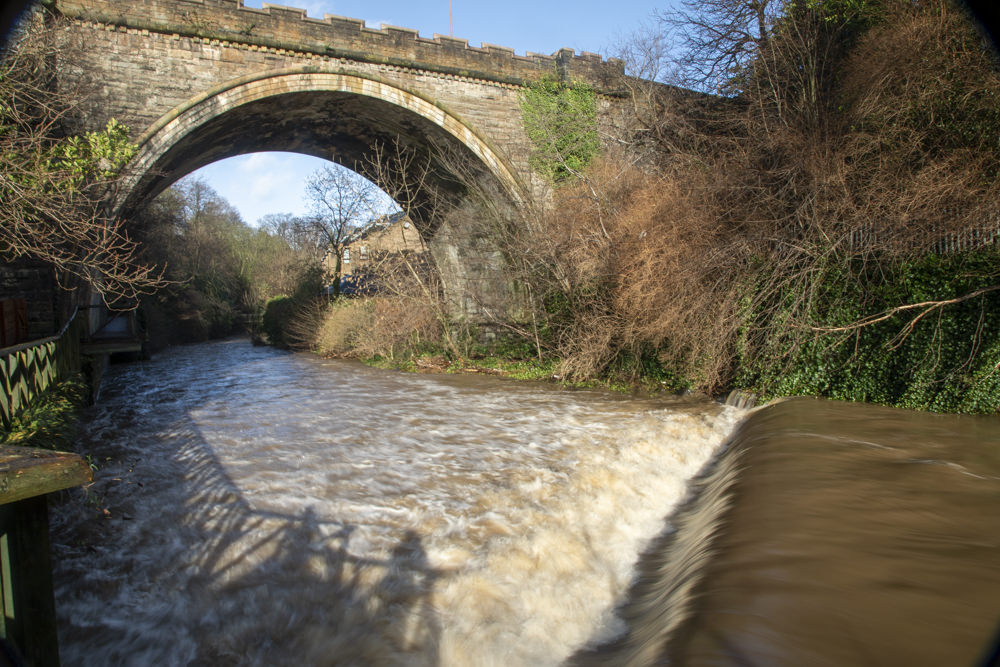 Ben confirmed that post lock down the river was very low and clear. In low water, when there were no risers, streamer and fry patterns fished tight to cover has usually managed to rustle up a fish or two.

Ben added: “The last few weeks have seen huge amounts of caddis on the wing with the fish making big splashy rises trying to get them.

“I’ve found at the beginning of the hatch, hares ear and partridge spiders (hares ear body with partridge hackle) have worked in the emergence phase with the usual deer hair type caddis patterns working late evening as the adults return to lay eggs.

“Weighted nymph patterns have been working in the deeper, faster runs during the daytime, but the fish seem to move into the pools and glides for the evening due to the insect life coming off.

“It has been an excellent season so far with my part of the river (Dean Village to Newhaven) fishing extremely well.”

John Stewart, who is a regular, had five fine grayling to the net using Euro-style nymphing techniques and Jamie O’Donnell also had great success with some lovely trout and a few grayling.

And Gordon McBain brought dry flies out of his box to land six fish in one evening session, with the best around a pound.

On the Almond, Cramond Angling club report that the river has been fishing exceptionally well throughout June following the resumption.

Alastair Parkin, on behalf of the club, said good brown trout are being caught throughout the club beats from Cramond to Kirkliston.

Regular hatches of caddis and upwinged flies are really getting the fish into a feeding frenzy at some points with good spinner falls in the evening to continue the rise. Emerger and CDC-style patterns being most effective. Sport, he said, on dry flies has “been fantastic”.

Scot Muir, secretary of West Lothian Angling Association, said the recent rain had perked up the river on their eight-mile-plus stretch from near Newbridge to Kirkton.

Nymph and dry fly anglers were hooking into fish of up to 2lbs with the Almondell Country Park, upstream towards Kirkton and down at Birdsmill near Newbridge were all producing. One new member landed 16 fish in one session.