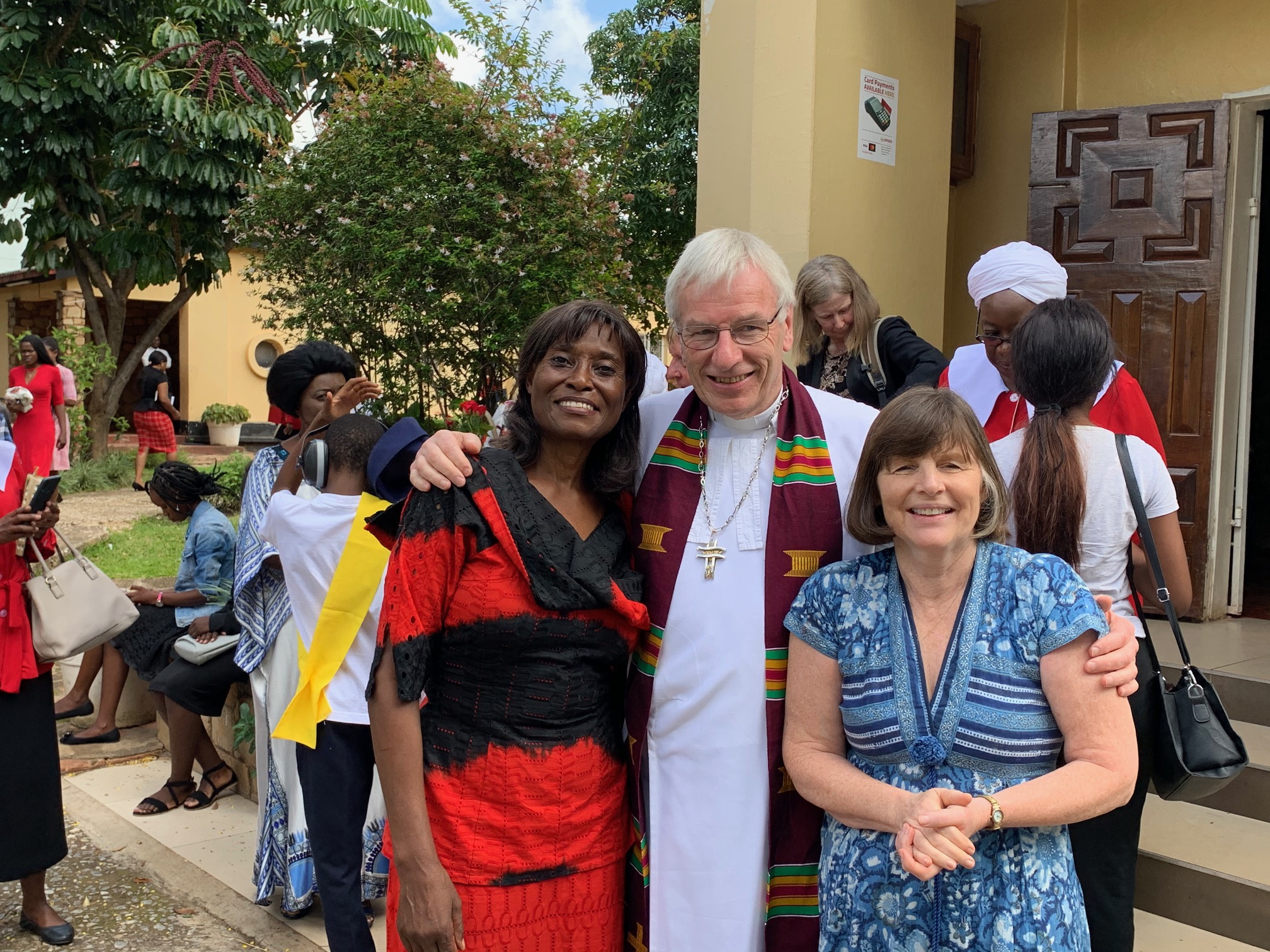 The Moderator of the General Assembly of the Church of Scotland has “come home” to Zambia after an absence of 43 years.

Rt Rev Colin Sinclair lived out of a car in the African nation for three years in the 1970s when he worked for Christian charity, Scripture Union.

He and his wife Ruth will revisit some of his old haunts – once again following in the footsteps of missionary David Livingstone – and meet with representatives of the United Church of Zambia. (UCZ)

Mr Sinclair, minister of Palmerston Place Church in Edinburgh, preached in front of around 1,000 people at Holy Trinity Church in Lusaka today on what is the first Sunday of Lent.

He was reunited with Lucie Kasanga who first attended one of his SU camps in Kitwe in 1974 when she was 19.

She said: “It’s incredible and so good to see Colin after so many years.

“He is a great human being who was so dedicated to his work.

“He travelled alone to places across Zambia in his car and we were so scared for him but he literally created a roadmap for all those who followed him.”

Mr Sinclair will spend the rest of the week travelling around the country learning about the life changing work and ministry of the UCZ, which has historic links to the Kirk.

“When I left Zambia in 1977 I always hoped that one day I would return so for me its turning the clock back and I have come home,” he said.

“It’s a great thrill and lovely to come back with my wife Ruth and other members of the Church of Scotland.

“During my visit I hope to see things that connect with my past and the changes and developments within the country and UCZ.

“We will also be looking at the impact of climate change on Zambia and her people.”

Reports suggest the the water at Victoria Falls, named after Queen Victoria by Blantyre born David Livingstone, has greatly reduced in volume due to drought.

Mr Sinclair will be meeting up with a group from the Church of Scotland Guild who are visiting a project in Lusaka that supports teenage mothers.

The Guild has donated more than £40,000 to the “Journeying Together” project in the township of Kanyama which is run by the United Church of Zambia.

It supports 50 girls who live in a densely populated area which is often struck by severe flooding during the rainy season.

Poor drainage and sanitation – very few homes have toilets – can lead to outbreaks of cholera and dysentery with babies and small children most at risk.

The project, spearheaded by Deaconess Mable Sitchali, provides core training in essential skills like nutrition, parenting and sex education and works to build confidence in the girls and challenge social injustice.

They are given the opportunity to return to school to finish their education or provided with vocational training in a skill to enable them to make their own money.

The trip is being organised through the Church’s Faith Impact Forum – the department formally known as the World Mission Council which has partnered with UCZ since it was established in 1965.

Twinning and Local Development Secretary Carol Finlay said: “UCZ is a mature church with strong beliefs and values and a plan for their future, developed and driven by them.

“The opportunity to take a group of members of the Guild to visit the ‘Journeying Together Project’ in Kanyama is a privilege not granted to many of us.

“We will spend the week together with the teenage mothers that UCZ is supporting through this project and with the support of Guilds around the country, including in my own congregation of Carrick Knowe in Edinburgh.

“We will hear about the life of young girls in their society and the challenges they face daily of stigma and injustice.”