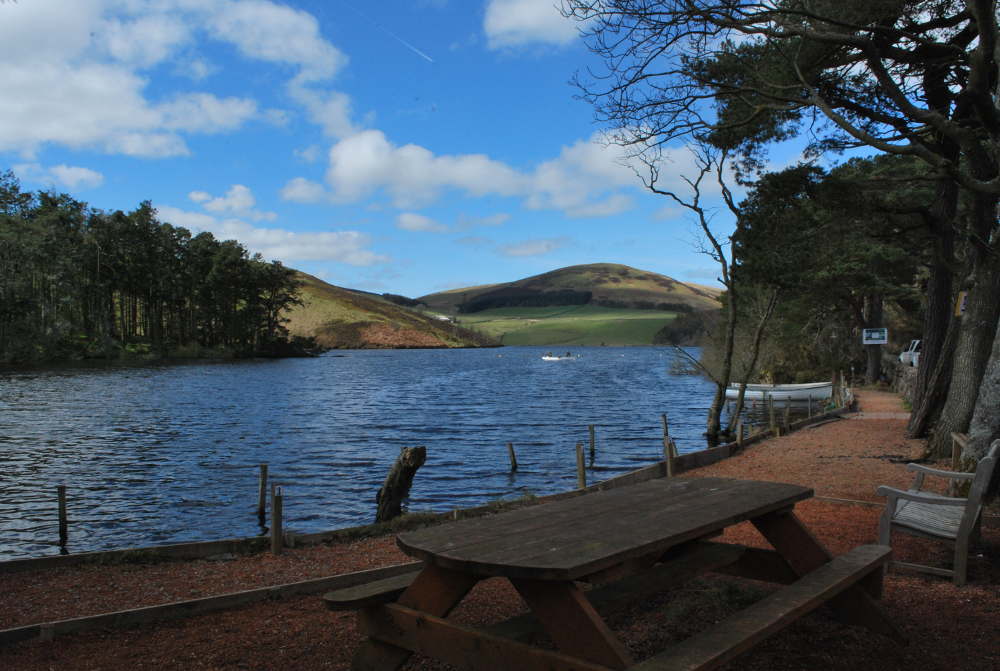 Glencorse Reservoir in The Pentland Hills above Flotterstone has re-opened with sparkling sunshine and bumper catches.

Ten anglers ventured out on opening day, catching 102 fish and averaging of 10lb 2oz a rod.

Every fish was in great condition, according to the anglers, who said that the trout pulled like trains when hooked.

Owner Bill Taylor was delighted and he is not the only water which is open.

At nearby Loganlea owner Karen Jack awaits anglers and Rosslynlee Trout Fishery near Penicuik have just commissioned a new wet-wall, toilet and shower block for men and women which is also suitable for disabled anglers.

Manager John Dewar reports that fishing has been good with Lauder-based regular Brian Shackleton landing a 10lb trout on an orange lure on slow retrieve.

Another angler landed 11 in a short session. The bag contained fish weighing 12lb, 10lb and 8lb.

Jim Gargaro, Bowden’s owner, re-stocked with trout from Yarrow Fishery in the Scottish Borders in midweek and he said mini lures had been successful recently.

Pottishaw near Armadale is also open seven days but Bangour Trout Fishery near Livingston is however shut until further notice.

PLEASE NOTE: The Scottish Government is telling businesses including cafes, pubs, and restaurants to close, along with nightclubs, theatres, cinemas, gyms and leisure centres.

The measures follow a meeting of the UK Government’s COBR committee, attended by the First Minister, and will be implemented across the UK with immediate effect.