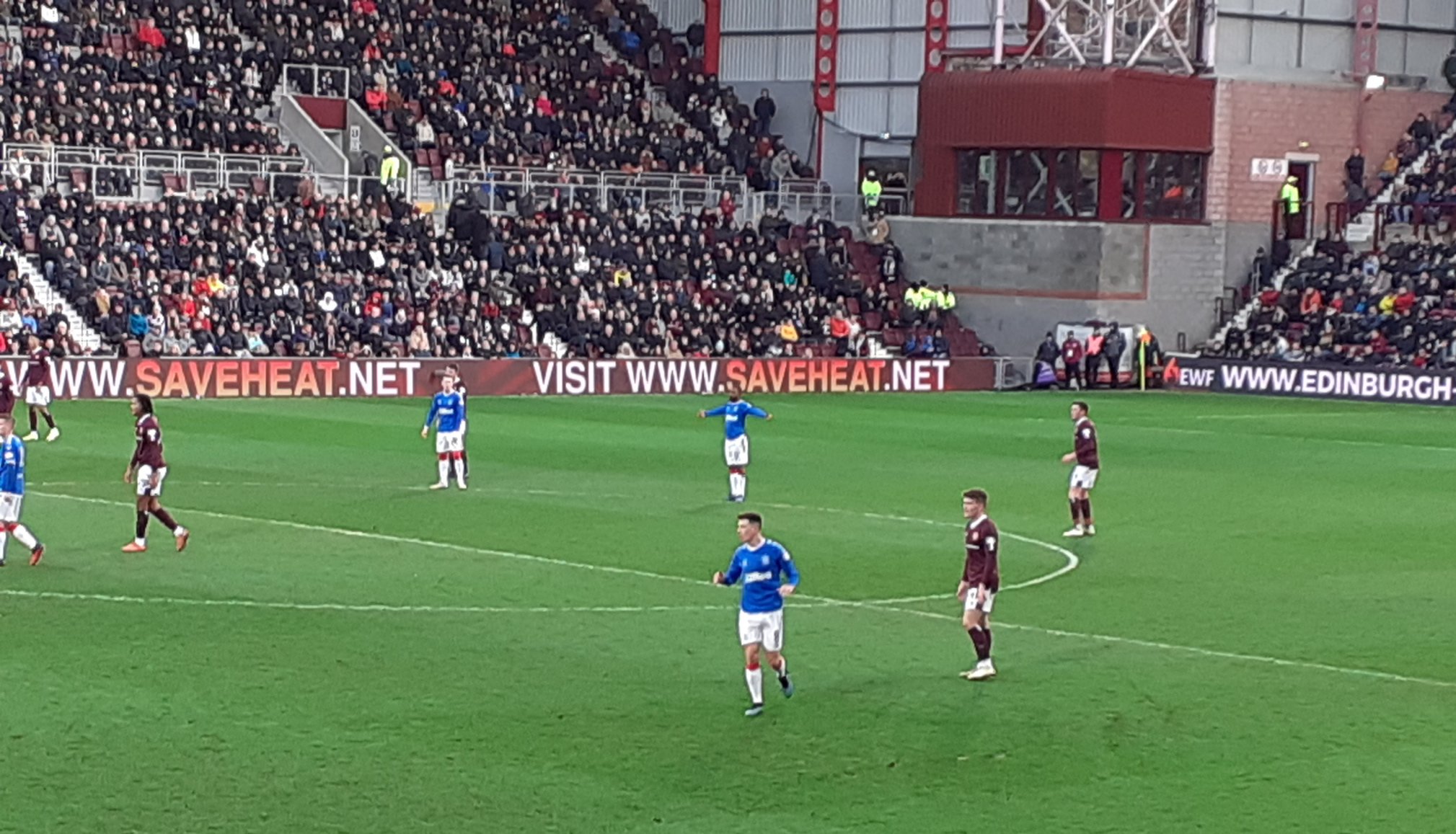 It was just like old times at Tynecastle on Sunday afternoon as Hearts produced their best performance of a troubled season to come from behind to defeat Rangers and secure three vitally important points in the Ladbrokes Premiership.

After going behind at the beginning of the second half the Jambos roared back and goals from Steven Naismith and debutant Liam Boyce secured Hearts first league win in ten games.

Hearts boss Daniel Stendel made five changes from the team that battled to a goalless draw against Ross County on Wednesday evening and there were debuts for two of Hearts new signings, Liam Boyce and Toby Sibbick.

Hearts began the game in determined manner and had Rangers pinned in their own half in the opening few minutes. Despite this, only a low shot from Liam Boyce called Rangers keeper McGregor into action.

The visitors looked dangerous on the break and it seemed Hearts high pressing game was proving to be a bit of a struggle for John Souttar who was caught by the Rangers forwards on more than one occasion. Kent wasted a great opportunity to open the scoring for Steven Gerrard’s team, but he blazed his shot high into the Gorgie Stand.

Hearts new striker Boyce thought he had opened his Tynecastle account when he fired the ball past McGregor, but the assistant referee had adjudged the Northern Irishman to be offside.

Rangers then spurned another glorious chance when Aribo was through on goal due to more slack play from the Hearts defence but Aidy White saved the day with a superb tackle.

Half time arrived with the game goalless but if the Hearts support had been encouraged by an impressive first half performance from their team they must have felt a feeling of déjà vu at the beginning of the second half when Rangers took the lead. Again, John Souttar was caught out by Rangers striker Defoe who set up Kent. He passed to Barisic whose cross was laid back by Aribo for Kent to fire home. Three sides of Tynecastle was stunned and for a ten-minute spell it looked like Rangers would take command. However, under Daniel Stendel, Hearts are made of sterner stuff these days.

Twelve minutes into the second half Hearts produced a superb equaliser. Craig Halkett did well to win the ball and set up Liam Boyce. The new boy pulled the ball back for Steven Naismith who curled a brilliant shot beyond keeper McGregor and Hearts were on level terms.

Inspired by a raucous home support Hearts sensed blood and went for the kill. Substitute Conor Washington had a shot cleared off the goal line, but Rangers continued to look dangerous on the counterattack.

With seven minutes to go, Tynecastle roared to noise levels that might have been heard all over the capital. Liam Boyce was struggling badly with cramp and was signalling to the dug out that he ought to come off. However, Hearts had already used all three substitutes, so the former Ross County striker had to carry on through the pain barrier. But Hearts supporters were mighty glad he did.

Boyce delivered a superb cross field pass to substitute Oliver Bozanic. The Australian fired the ball into the Rangers penalty box only for it to be cleared – back to Boyce. Despite his obvious discomfort, the striker showed superb composure to control the ball, take a touch and fire it via a deflection beyond McGregor for a sensational winner.

Tynecastle acclaimed its new hero but, in truth all fourteen players were heroes with a performance that defied the odds. Daniel Stendel’s influence is clearly beginning to make its mark and there’s little doubt that Hearts would not have won this game under his predecessor.

The three unexpected points takes Hearts to within a point of Hamilton Academical and three of St Mirren. But Stendel will know better than anyone that his team need to maintain this level of performance. If they can defeat St Johnstone on Saturday they will move off the bottom of the Ladbrokes Premiership. As the saying goes – the chase is on!

Top man: Sean Clare – the transformation of this laddie has been remarkable