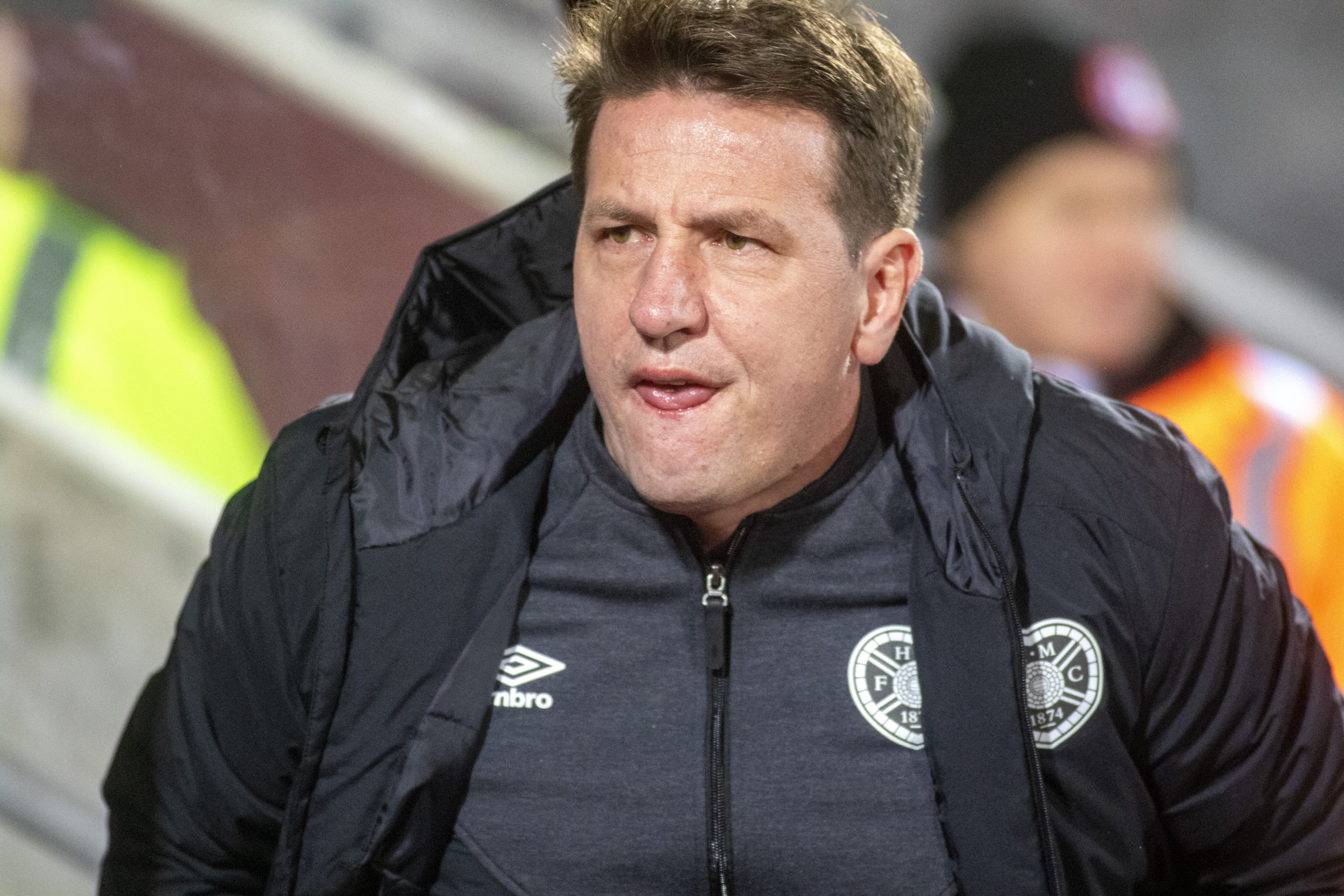 Having clung on so long to the wreckage of the league campaign of season 2019/20, Hearts were finally cast adrift on a cold, dark afternoon in Lanarkshire as Hamilton Accies recorded their first win since September to send Hearts crashing to the foot of the Ladbrokes Premiership table.

After a half decent but goalless first half from Hearts, Accies scored twice in the second period with Oliver Bozanic’s late goal not enough to rescue the visitors.

Hearts manager Daniel Stendel made five changes to the team that lost to Celtic at Tynecastle on Wednesday. Back in the starting eleven were Aidy White, Sean Clare, Glenn Whelan, Uche Ikpeazu and Steven Naismith, who was captain for the day in the absence of the suspended Christophe Berra.

This was Stendel’s third game in charge and as was the case with the other two, Hearts began well enough. Naismith had a chance that was deflected wide and there were other chances for the visitors without seriously troubling home goalkeeper Southwood.

Accies also had chances, particularly through Oakley before Hearts ought to have opened the scoring when Uche Ikpeazu crossed for Steven MacLean whose header to Steven Naismith was blasted over by the former Everton striker.

Naismith then had a header which was deflected wide before Craig Halkett struck the crossbar and Ikpeazu fired a shot high and not so mighty. I have cut and paste this next part of my match report from previous copy this season – Steven Naismith suffered an injury and was replaced at the start of the second half (this time by Jake Mulraney)

Inevitably, Hearts were to regret passing up those chances and the roof fell in on their afternoon midway through the second half. A fine shot from Miller curled past Hearts keeper Joel Pereria to give Accies the lead in the 64th minute. Eight minutes later a cross from the same player was given the ‘after you, Claude’ treatment from the Hearts defence which allowed Collar to fire home Accies’ second goal.

This was the cue for many of the Hearts support to angrily take their leave and many would have missed Oliver Bozanic’s late but ultimately worthless reply when he headed home from six yards.

Steven MacLean looked like he had salvaged a point for the visitors in the dying minutes, but keeper Southwood denied the veteran striker and Hearts were left to taste defeat once again.

This latest reversal means Hearts are now bottom of the Ladbrokes Premiership table, three points behind Accies and four behind St Mirren and St Johnstone.

Daniel Stendel didn’t mask his feelings after the game. He told the official Hearts website:

“It’s hard to take. It wasn’t the best game today, especially some of our performances.

“I’m really disappointed. I take responsibility for the last two weeks and the last three results. But it’s difficult to accept some performances.

“Maybe it wasn’t all what I wanted today but a lot of times, especially in the first half, it was good. We had chances to score but didn’t take them. I think the problem is not just from the last two weeks but a long time before.

“You can see our problem is we’re not scoring goals. We created some good chances today but didn’t take them.

“I don’t think Hamilton deserved to win. That’s my opinion. They got such a lift when they went in front. We needed to get that goal so we could get more confidence and get a lift.

“We had to show our quality. In some positions the quality is not enough at the moment.

“Today was a very bad day for me, for the club and for the supporters. We had more here than the home fans. In the second half our performance wasn’t enough.

“I have to convince the players about my work, but they need to change things themselves too. We have supported every player in the squad over the past two weeks but what we’ve had back is not enough.

“The responsibility for the next game is with the squad and with every player.”

Next up for Hearts is the small matter of the Edinburgh derby at Tynecastle on Boxing Day. Don’t tell any Hearts supporter this is the season to be jolly…

Top people: Those Hearts supporters who travelled to support their team. Such loyalty deserves so much more.