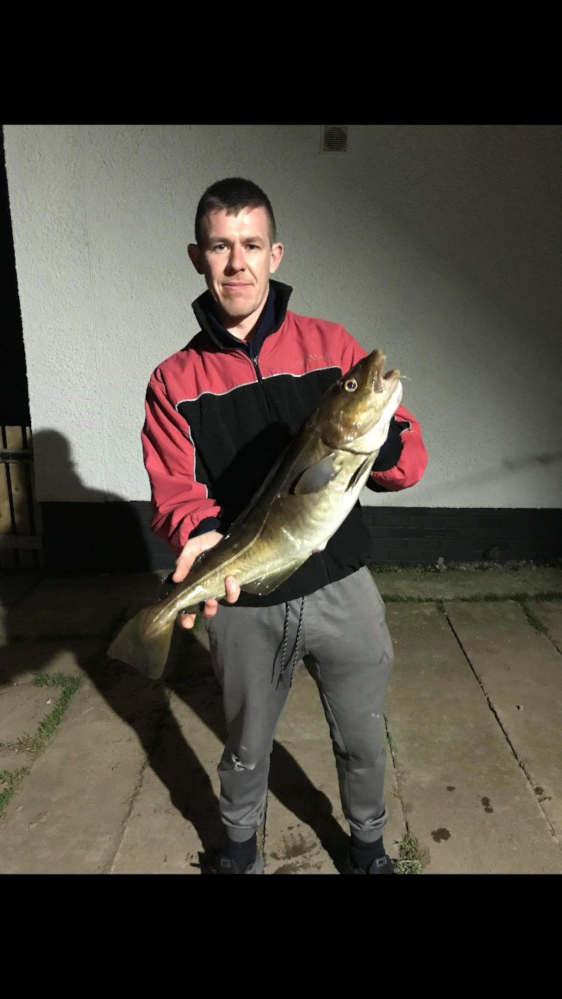 The hardy Bass Rock anglers will be out again on Wednesday, December 4, and this time the venue is Whitesands Beach near Dunbar.

The beach is approximately five kilometres south of Dunbar and registration is at the toilet block at 6.30pm. Fishing is from 7pm to 10pm and is on the beach only.

It is a catch and measure then return event and the committee will decide at registration if the beach is pegged out or if it is a pick your own spot night. High tide is 8pm.

David Cooper (pictured) won the seventh round of the Bass Rock Sea Angling League with a bumper bag of cod despite a heavy swell, strong north winds and driving rain.

The self-employed, Edinburgh-based painter landed eight fish for a total of 18lb 10oz in the East Lothian rover event. His best fish was 4lb 8oz, the heaviest landed on the night.

Craig Ogilvie (North Berwick), the current leader of the winter series, was third also with nine codlings and one rockling for a total of 10lb 13oz.

A total of 12 anglers took part with ten weighing in and Craig Ogilvie, who is also club chairman, said this was the best return to date.

He added: “There is loads of good fishing on offer this season and we invite anglers to find out more about the club. The guys are always helpful with tackle, tactics, bait and where to fish.”