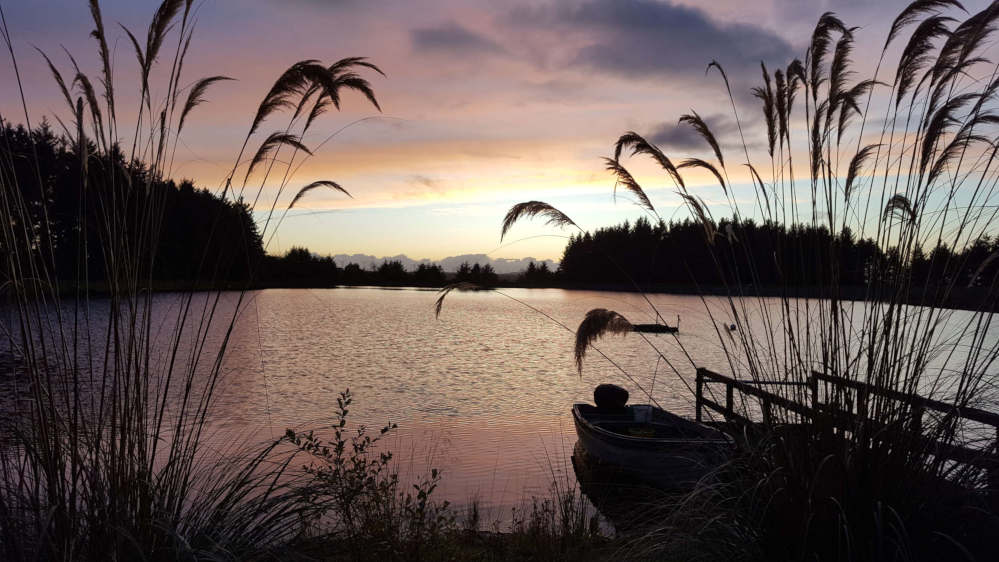 Heather Lauriston netted over 100 fish but failed to win the last round of the Edinburgh and Lothians Coarse Angling Club’s Summer Series.

Peter McCrossan gained second place with a haul of 12lb 2oz which was enough to secure top place in the series.

The next league matches are Saturday 14 September at Snake Back Wall and Saturday 28 at Alex’s and the club are also running a one-off rod and reel only match on Sunday, 22 September.

Morton Fishings boss John Mackay has confirmed a new two hour ticket on his 23-acre water (pictured above) near Livingston.

A child (under-16) fishes free with a paying adult from Monday to Friday catch and release only and OAP concession tickets apply on Tuesday and Wednesday.

Elsewhere, Lothians duo Mike Connet and Jock Kettles finished 12th in the Scierra Pairs final at Grafham Water in England last weekend and Mike said: “It was a respectable result.”

The Scottish ladies fly fishing team fund-raiser has been held at Bangour Fishery near Livingston and the fourth Donald MacDonald Memorial Day fly competition is at Lawfield Trout Fishery, Houston Road, Kilmacolm, PA13 4NY on Saturday, 26 October from 10am to 5pm. Lunch is 1pm to 2pm and entry is £30.

Contact ellenwilson0312@hotmail.com and the top prizes are Scierra SRX competition rods and reels.

There has been some excellent sport recently at Bowden Springs with the best fish a 4.5lb brown trout caught by an English holidaymaker and a friend who landed 34 rainbows their three-day visit.

Tom Wright (Falkirk) kept three rainbows and one blue for 12lb 8oz, all on an orange blob.

The catch of the week on the bait loch came from Mr Cuthill and his 11-year-old son Adam with eight trout for 17lb 3oz and Mrs Johanna Wilson (Larbert) landed three rainbows for 8.5lb.

To the coast now, and The Bass Rock Sea Angling League start their Winter League on Wednesday, September 18 at a venue to be decided.