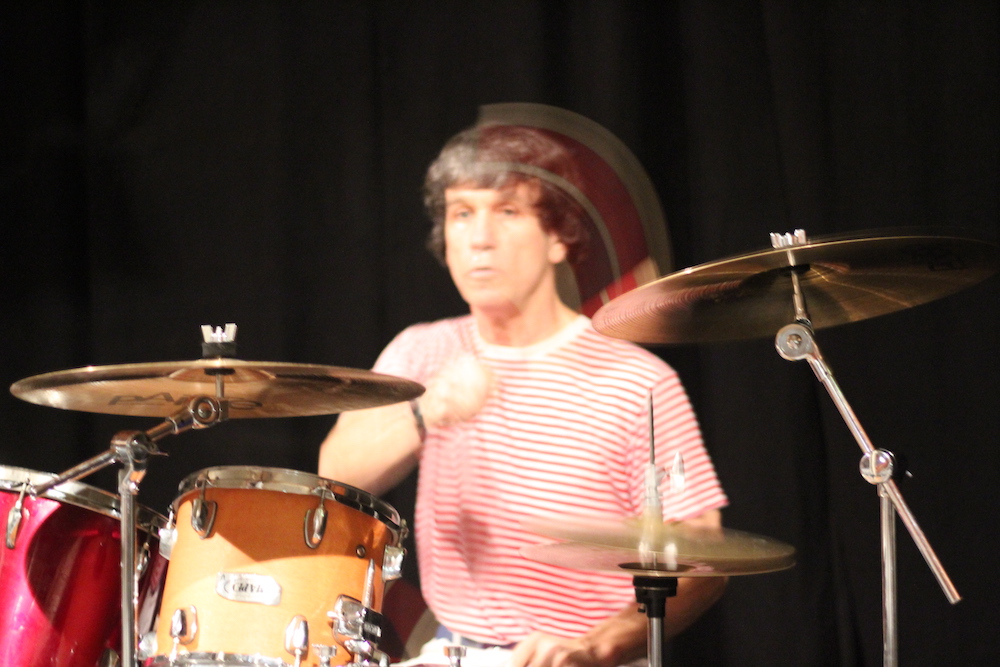 
Mental illness and rock n’ roll have emerged as a theme at this year’s Fringe.

Mark Lee-Jones discussed life in the business with an undiagnosed condition during A Rock N’ Roll Suicide.

Dancing In The Moonlight suggested rock n’ roll protected Phil Lynott from the racist abuse he suffered as a boy but did it deal with the after-effect?

The Who’s much-loved drummer is lionised as “Moon the Loon” but should we mythologise someone who was suffering from an undiagnosed condition putting others and himself in danger? The Real Me attempts to ask some of these questions to an audience mostly made up of Who fans.

The play suggests his mental problems began as a hyperactive child described by one teacher as “retarded artistically, idiotic in other respects.”

Tragicomic tales tell of a man with an unwavering appetite for destruction. It all leaves you wondering – would anyone get away with Moon’s behaviour in any other walk of life? One member of the audience suggested the sound on Berry’s dialogue could have been improved and it’s hard to disagree.

What makes up for it was watching him summon Moon’s eclectic style and imitable primal energy, especially when recreating some of his subject’s most complex drum arrangements – an absolute joy to behold.