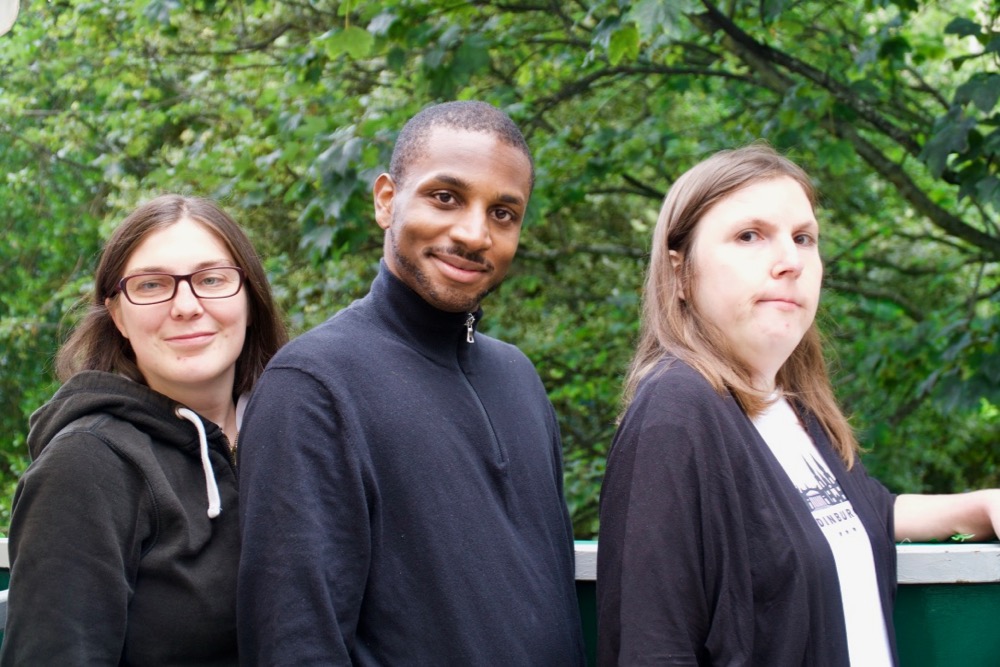 Bareface – a theatre company dedicated to putting artists with disabilities centerstage – present their debut production Fix Us which is a semi-autobiographical comedy about overcoming commonly held views about those with disabilities.

Fix Us is the story of three fantastically talented actors engaging with their own disabilities – Zara (CHARGE syndrome), Lee (Autism) and Kirsty (Cerebral Palsy) – as they defy the labels with which they’ve been burdened.

They introduce you to their outrageous stage personas– a sex crazed diva, a drug dealing psychopath and a selfish super hero – which serve as a vehicle to overturn your assumptions; embracing the powerful force of the stage space as a vehicle to inner confidence.

The Edinburgh Reporter met them in the Underbelly Garden to talk about their play and it was the most amusing half hour!

Here are @BareFaceTheatre talking about their alter egos portrayed in their play Fix Us at @edfringe pic.twitter.com/g1Z2aIOHzH

This funny, defiant and anarchic new show never shies from breaking every rule in the book and guarantees to be an experience like no other. These three extraordinary individuals bare their souls on stage, challenging stereotypes and making audiences laugh and think hard.

Watch as their real-life inner anxieties clash and combust with the flamboyant, costumed alter-egos before you, and Bareface show you who they really are.

Fix Us is co-written by Tom Palmer, one half of Edinburgh Comedy Newcomer Award nominated duo Totally Tom.

Tom started working with Access All Areas, the mother charity to Bareface who have produced a wide range of successful disabled theatre, four years ago. Through this organisation, in 2016, he was assigned to assist in the founding of a new independent theatre company with Zara, Kirsty and Lee – thus Bareface was formed. After sporadic short form performances, experimenting with material, the show Fix Us came to fruition in January this year, selling out its run at London’s VAULT Festival, where it received standing ovations. Fix Us is produced by Rach Skyer, directed by Paloma Oakenfold and Gemma Harvey is a creative collaborator on the project.