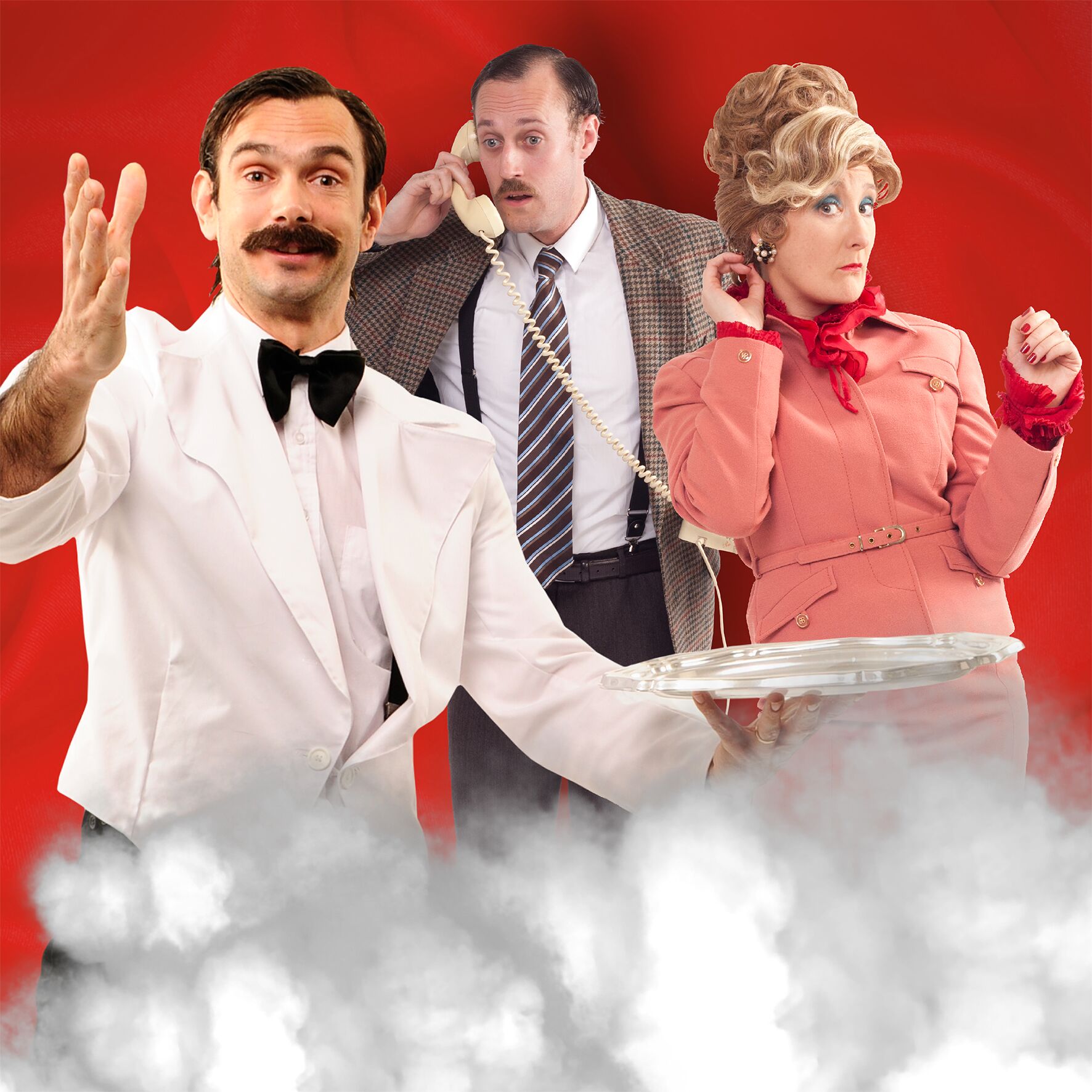 One of the more positive elements of those satellite television channels showing endless repeats of programmes from the 1970s and 80s is that they bring true classic shows from that era to the watching audience today. One of those shows is Fawlty Towers, the hilarious comedy set in a Torquay hotel with John Cleese playing the hotel owner Basil Fawlty. He treats paying guests with a mixture of rudeness and reverence and his daily battle with all that life has to throw at him resonates with many today.

I am a huge fan of the show so when the opportunity came to see the Faulty Towers – The Dining Experience at the Edinburgh Fringe I went with anticipation even though I had doubts that the players would struggle to make the same impact as Cleese and the other cast members of the television show such as Prunella Scales, who played Fawlty’s unbearable wife Sybil and Andrew Sachs who played the hapless but loveable waiter Manuel.

The setting is the impressive Principal Hotel in George Street and such grand surroundings are at odds with the television’s setting in a small crumbing Torquay hotel – but such is the demand to see the show it does need to be held somewhere as grand.

Fawlty Towers the television show was made forty years ago so it’s possible – although unlikely – that some people may not have heard of it despite it being constantly repeated on the satellite channel Gold. Those who loved the television show probably knew what was coming as they firstly assembled in the waiting area where Basil Faulty ( a subtle change in the spelling of the surname) – played by Jack Baldwin who mimicked Faulty’s eccentric behaviour perfectly – announced the seating plan, passing surly comments on those he felt had not dressed appropriately for the occasion. Baldwin’s physical comedy was brilliant – it’s worth watching what he does particularly when Sybil and Manuel are hogging the limelight.

Inside the dining area the hapless Manuel – brilliantly portrayed by Oliver Harrison – created havoc with guests who loved his antics, nonetheless. Harrison stole the show and his performance was such I feel sure the late, great Andrew Sachs would surely have approved. The domineering Sybil Faulty was played with some style by Karina Garnett and her love-hate relationship with her husband underpinned the show.

And what makes this performance different from so many others is that not only do you see brilliant comic actors at work you are served a delicious three course meal, the quality of which was far superior to the service provided by a certain Spanish waiter (he’s from Barcelona…)

What followed before, during and after the meal was what most of the paying guests came to see – the chef’s loss of a personal item in someone’s soup; the fire drill, Manuel’s escaped hamster which is really a rat; Basil’s attempt to hide his bet on the horses from Sybil and his rant against Germans.

Whilst the food was delicious – albeit the menu was limited – and the performances sublime my only small gripe was the performers would have benefited with being fitted with a small microphone. I struggled to hear some of the dialogue when the action took place at the other side of the dining room.

Faulty Towers – The Dining Experience is on at the Principal Hotel, George Street until 26th August 2019. Tickets here.