“Scotland and the UK has the potential to become the all-out market leader in the Smart Grid technology race, selling Smart Grid to the developing world, but it doesn’t look like it’s going to happen now.” Hugh Smeaton

This is the defiant message from Hugh Smeaton, a retired engineering entrepreneur from Dalgety Bay in Fife. Despite fulfilling a brief to invent a smart grid system which captures network losses, he has been consistently thwarted in his efforts to turn his ground breaking technology into a lasting legacy for Scotland and the UK.

Able to dramatically reduce the percentage of network losses in the developing world’s low voltage networks, thus reducing global carbon omissions to comply with The Paris Agreement on Climate Change, Smeaton’s system has the potential to create employment for Scots at home and abroad.

At the moment the Smart Meters specified by DECC (the Department of Energy & Climate Change, the Department tasked with coming up with Smart Meter in the UK), cannot compete in this market, as they do not produce the necessary information.

Only a system using PLC (Power Line Carrier) which Smeaton’s system uses, can provide the information to trace network losses.

The UK authorities have currently embargoed the use of a PLC system in any smart grid system here, leaving it unable to comply with the Paris Agreement. The decision behind the embargo, that PLC contravenes existing Wayleave Agreements, is based, so Smeaton claims, on a blatant lie, and a desire to protect the huge profits of the big electricity companies in this country. The cables needed for PLC would pass along normal residential streets, whereas wayleaves refer to rural land.

“The failure to adopt a PLC system goes again David Cameron’s Coalition Government’s pledge in 2010 “We will Establish a Smart Grid”, said Hugh Smeaton. “The continuing use of the current “rogue” Smart Meters is contaminating the networks, as well as costing Scotland prestige, investment, and jobs.”

“Why are they doing this other than to protect the profits of the big energy suppliers, many of whose Board members, Directors and associates have, in the past, sat on Government and Industry funded committees to consider implementing a Smart Grid system for the UK?” he said. “Consumers are the losers, still with the same high charges for their energy, whilst opportunities for UK engineers to work aboard bringing this system to the developing world are lost. Meanwhile, as we have seen this summer, climate change tightens its grip. It’s blatant corruption.”

Best known for establishing leading engineering firm Fortronics in Dalgety Bay in Fife in 1969, Smeaton has enjoyed a fifty year career during which time he has been responsible for many thousands of man hours in the engineering industry in Fife.

Fortronics’ off shoot firm, Linburg, first developed a version of PLC in 1996.

Now in his retirement and with failing health, Smeaton would like to see Scotland benefit from his invention in the form of jobs, as the potential is there to enter the worldwide $500 billion marketplace.

“Avoidable Network Losses are largely created by Electricity Theft in the developing world and run at 30%, compared to 8% in the UK,” said Smeaton, who submitted a full Report to the Parliamentary Ombudsman on the UK’s failure to adopt a PLC system and comply with the 2015 U.N. Paris Agreement.

Smeaton also points out that there is currently no watchdog body keeping an eye on the smart meter issue in the UK. “From the moment that the UK abandoned a PLC system due to the wayleave argument which simply does not add up, any watchdog bodies were removed, along with the removal from their posts of several figures who had either asked questions or raised objections.”

“I would love to see something good come of my invention, or at very least a proper apology from the Government for not adopting my system when they acknowledged that I had met my brief.”

Smeaton appealed to the Scottish Government last year to fund a Smart Grid demonstration at the Cumbernauld based Power Networks Demonstration Centre.  This would have shown his PLC system in action, along with others, to generate healthy debate on, and greater awareness of, the smart meter issue.

“The Power Networks Demonstration Centre agreed to do it, when funding was established for its validation,” said Hugh. “I even funded the patent myself, but it has all been in vain.”

“Now I am looking for major media exposé of this whole sorry business. The public need to become aware that they have been dramatically undersold when it comes to Smart Meters.” 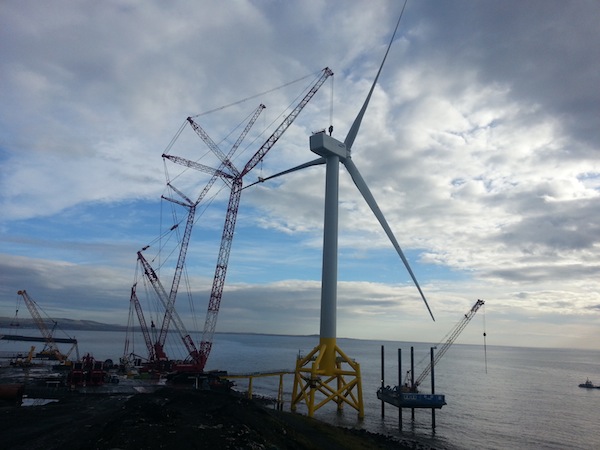 Scotland on the way to meeting 50% renewables target

Act soon to get the most out of your electricity rate

Council helping to cut household bills for their tenants