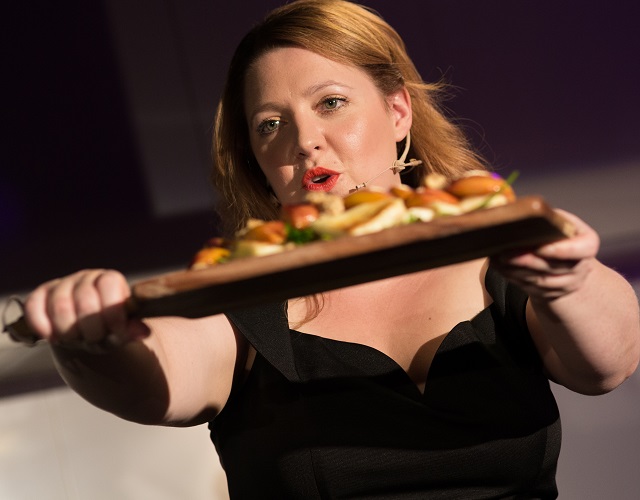 Michelle Pearson Music in association with Made in Adelaide presents Comfort Food Cabaret – and yes it really has food in it!

She sings, she cooks and now Australia’s singing cook is set to return to Edinburgh with her award-winning musical
cooking sensation, Comfort Food Cabaret.

In its third year, the popular cabaret cooking sensation will be performed as a three-course dinner at the Imagination Workshop hub – v119, also known as The George Hotel, from 4 to 13 August at 5:15pm.

Pearson’s unique musical-foodie experience merges home style dining with cooking demonstrations and traditional musical cabaret. The Aussie songstress weaves together her heartfelt and hilarious tales as well as her personal recipes which are served to the audience over three courses as they enjoy live music and song.

The experience is immersive with Michelle celebrating local ingredients, involving the audience with the cooking and delving into how food and music connects us. Michelle is an accomplished cabaret performer and vocalist in Australia and is well known for her powerful and soulful voice. Michelle also works as a cook and caterer and Comfort Food Cabaret is her story about putting passion into practice.

The show has received widespread acclaim in Australia and overseas from both critics and audiences after sell-out seasons at the Adelaide Fringe Festival for three years running, the 2018 Edinburgh Fringe and food festivals around Australia.

In August 2018, Michelle was invited to perform her cooking cabaret at Copenhagen’s three Michelin star restaurant Geranium after a chance meeting at the Adelaide Fringe in 2017 with Danish business identities and entrepreneurs, Yvonne and Lars Christensen. Michelle and her musicians performed the show at the award-winning restaurant co-owned by the family and Michelle was invited to cook with the world-class chefs for the function.

In February 2019 Michelle published her first cookbook which features recipes from Comfort Food Cabaret as well as some family inspired favourites and the stories behind the show and how it was created. Michelle will be promoting her cookbook in Edinburgh and doing a free cooking class at the Edinburgh New Town Cookery School with a preview of her all-new Comfort Food Cabaret. The cooking class and cookbook launch will take place on Tuesday 30 July from 5:30pm. To secure tickets please email info@michellepearsonmusic.com.au

This year Michelle will also perform her new food cabaret Just Desserts which won multiple awards at the 2019 Adelaide Fringe. Just Desserts will be performed from 1 to 11 August at Underbelly Cowgate. The show includes dessert tastings throughout the 60-minute performance.

Winner of South Australian Government’s Made in Adelaide Award 2019.

Comfort Food Cabaret 4-13 August at Imagination Workshop – v119, The George Hotel, at 5:15pm. Tickets are priced between £35 to £45 and can be purchased at www.imagination-workshop.com 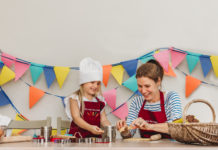 Mrs Bun, No 1 in my household after tasting some of her delicious recipes 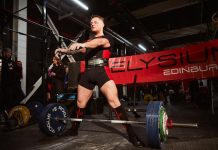 Deadlifting for Down Under 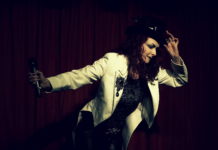 Come To The Cabaret at Festival Theatre 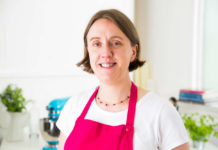 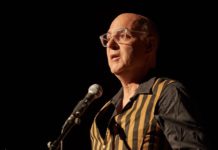 Summer of Love at Traverse Theatre 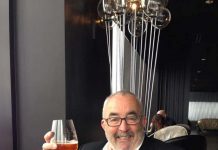