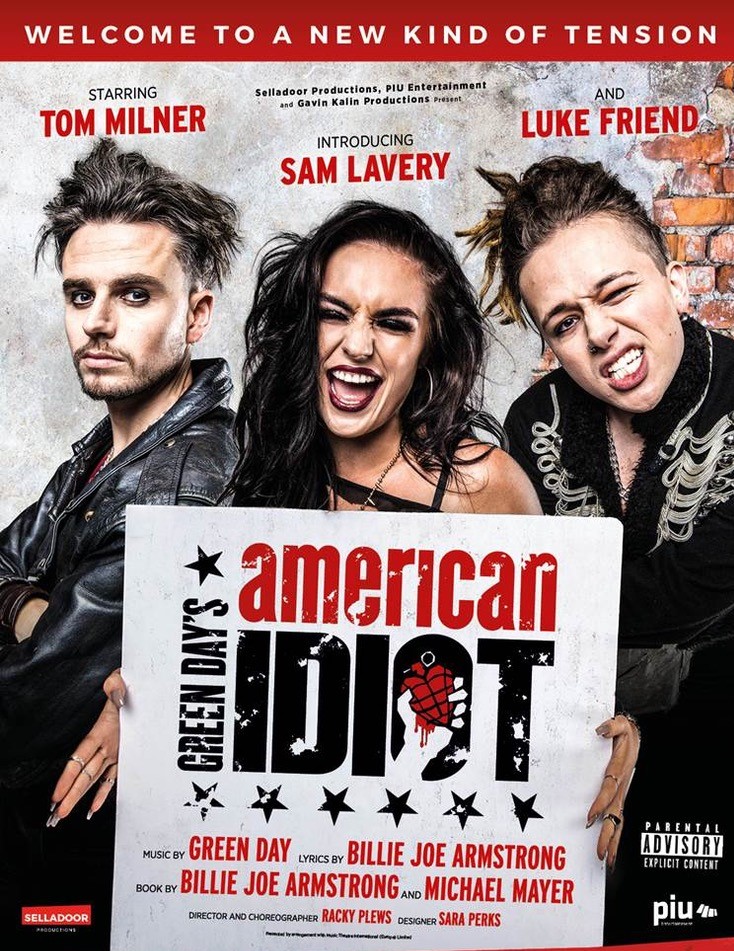 American Idiot, the Tony award-winning rock musical is heading to Edinburgh at the beginning of February.

Based on the album by American rock band Green Day it’s the story of three friends searching for the meaning of life, a story of disillusionment and dissent of a generation that came of age in a period shaped by tumultuous world events such as the Iraq War and the September 2001 attacks in New York and Washington.

American Idiot The Musical will be on at the Edinburgh Playhouse from Tuesday 5th to Saturday 9th February 2019. Tickets here.