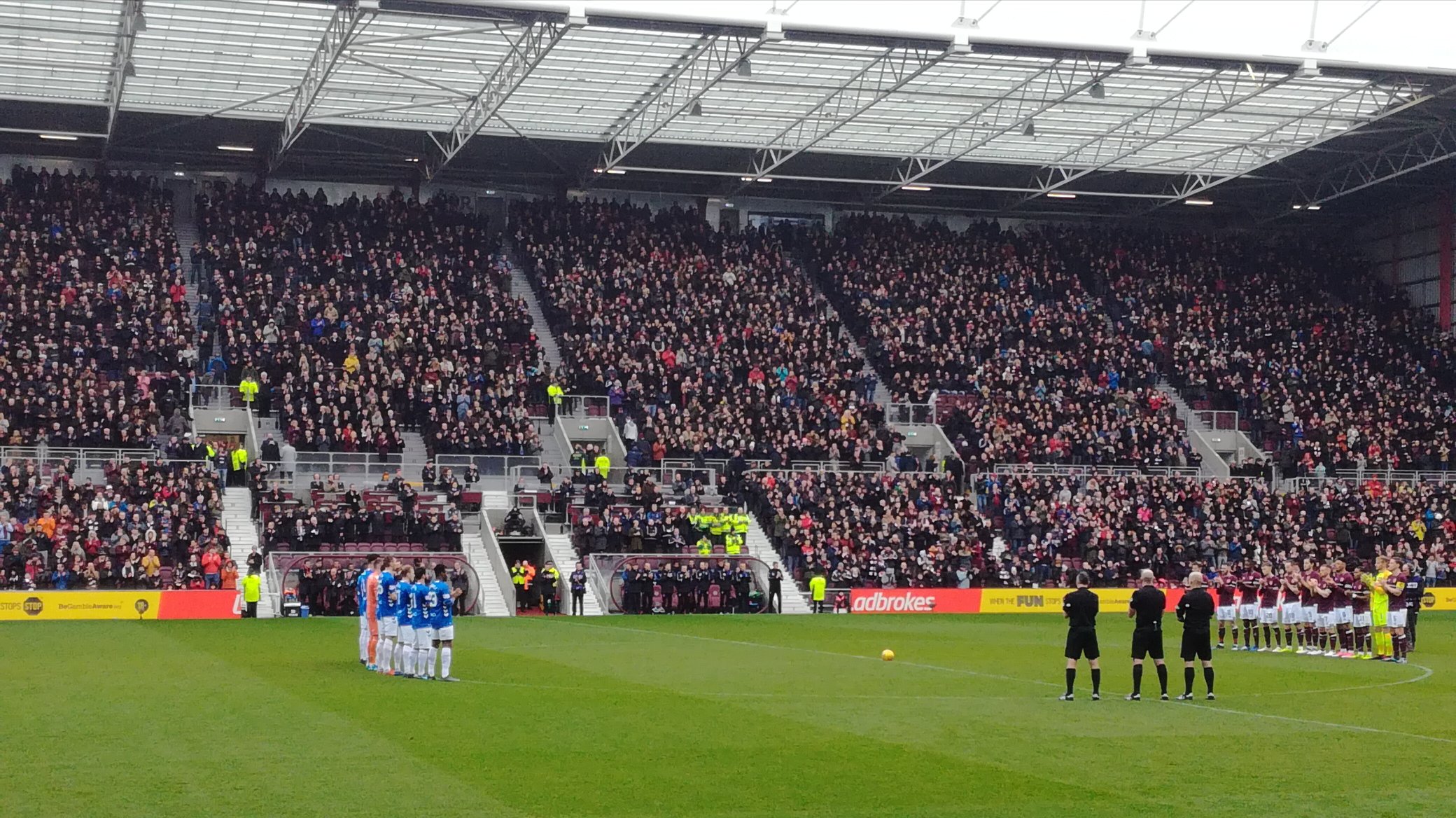 Hearts recent dismal run continued on Sunday at a driech Tynecastle Park when the Gorgie side lost 2-1 to Rangers in the Ladbrokes Premiership. Yet again, however, the game was marred by a controversial refereeing performance, this time by Bobby Madden who has previous form for this on visits to Tynecastle.

Hearts took the lead through an own goal before Rangers hit back to score twice before half-time. The second goal was clearly offside and enraged Hearts manager Craig Levein who didn’t hold back in his criticism of Madden after the game.

Levein was clearly irked by his team’s performance last weekend in the 2-0 defeat at St Mirren and made five changes. Craig Wighton, Clevid Dikamona, Callumn Morrison moved to the substitute’s bench while there was no place for Ben Garuccio. And there was a pre-match shock for the Maroon Army with the news that defender Jimmy Dunne will be out for six weeks with an ankle injury picked up in training. Ironically, the man Dunne was brought in to replace – Christophe Berra – returned to the Hearts starting line-up for the first time in nearly four months.

Just under 20,000 were inside Tynecastle for Sunday’s 12 noon kick-off. There was a minute’s applause prior to kick-off in honour of former Hearts director Pilmar Smith who died recently.

Hearts began the game brightly. A Steven MacLean header forced Rangers keeper McGregor into a fine save before the goalie leapt to palm an Arnaud Djoum header over the crossbar.

In the 27th minute, Hearts went in front when Marcus Godinho drove a low cross into the Rangers penalty box which was turned past his own goalie by McAuley. Hearts goal drought had ended even if it had taken an own goal to do so.

After Arnaud Djoum headed a Rangers effort off the line the visitors equalised ten minutes before half-time. Tavernier’s corner was blocked by Hearts keeper Bobby Zlamal, but Goldson forced the ball home to draw parity.

Six minutes later Rangers took the lead in controversial fashion. A free kick from Tavernier was floated into the Hearts penalty box. Despite not one, not two but three Rangers players being in clearly off side positions, Morelos nodded the ball past Zlamal to put the visitors in front to the fury of the home crowd. The Rangers man’s unnecessary gesture to the Hearts support in the Gorgie Stand didn’t help matters.

In the second half play raged from end to end. With twenty minutes left Rangers were reduced to ten men when Arfield slid in on Zlamal. It was a reckless challenge and deserving of a straight red card.

Hearts tried hard for the equaliser, bringing on Olly Lee, Callumn Morrison and Clevid Dikamona but it was to no avail and Rangers held on for a somewhat fortuitous win.

“I’ve lost my voice from shouting at the referee. It was a terrible performance – it really was. How Morelos gets away with what he gets away with, I just don’t understand.

“It was like what Neil Lennon said after going to Celtic Park – we were playing against 12 men.

“How many fouls can Morelos give away without being booked? The one where he jumped into Berra off the ball, the referee said he’s just a bit silly sometimes.

“That’s what he told one of our players. Now, if you jump into somebody, I don’t care if you’re silly or not, it’s a booking.”

Referee: Bobby Madden (for it was he)

Top man: The one plus point for Hearts was the return of Christophe Berra – the captain was inspirational.