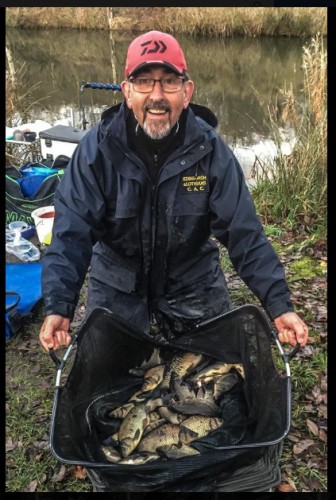 Geoff Lowe took the honours for the second time this month in the Magiscroft Fishery Open series at Cumbernauld.

Last Sunday Geoff’s catch of 28lb 5oz consisted of over 40 fish weighing from 4oz to 1lb.

And the member of the Edinburgh and Lothians Coarse Angling club said it proved a great days fishing for late Autumn.

Geoff also won another round in the series on 4 November and he said: “It is proving to be a good month.”