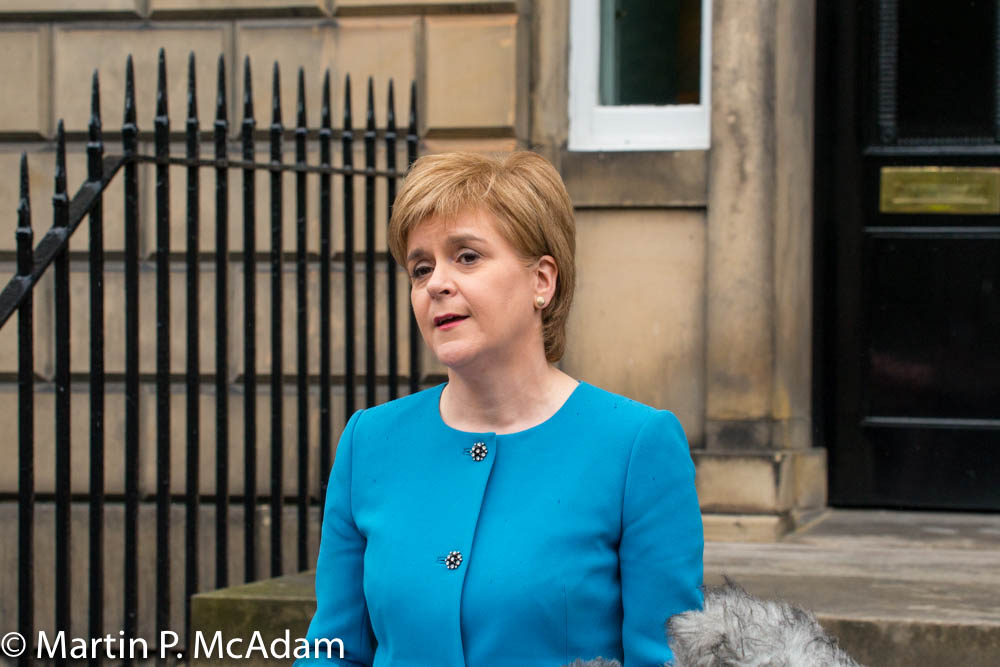 First Minister Nicola Sturgeon said that Hibs’ Head Coach Neil Lennon conducted himself with ‘great dignity’ at the press conference after he was struck by a coin during the Edinburgh derby on 31st October. Lennon was struck after celebrating a disallowed ‘goal’ near the end of the ill-tempered game which finished goalless.

He later described the sectarianism that he has suffered in Scotland s a form of racism.

“Let me say at the outset and unequivocally that I condemn the attack on Neil Lennon that took place last week,” Sturgeon said in response to a question tabled in the Scottish Parliament by MSP James Kelly.

“Of course that is a matter for the police to thoroughly investigate.

“I saw some of Neil Lennon’s press conference and thought he conducted himself with great dignity.

“Nobody should have to suffer the abuse and the attacks that he has had to suffer.

“I unequivocally condemn anti-Catholic bigotry, anti-Irish racism, I condemn sectarianism in any shape or form and this government will continue to take the action we need to take to ensure that Scotland is a country that demonstrates zero tolerance of any of that kind of bigotry.

” Police investigations are ongoing into the incident.”