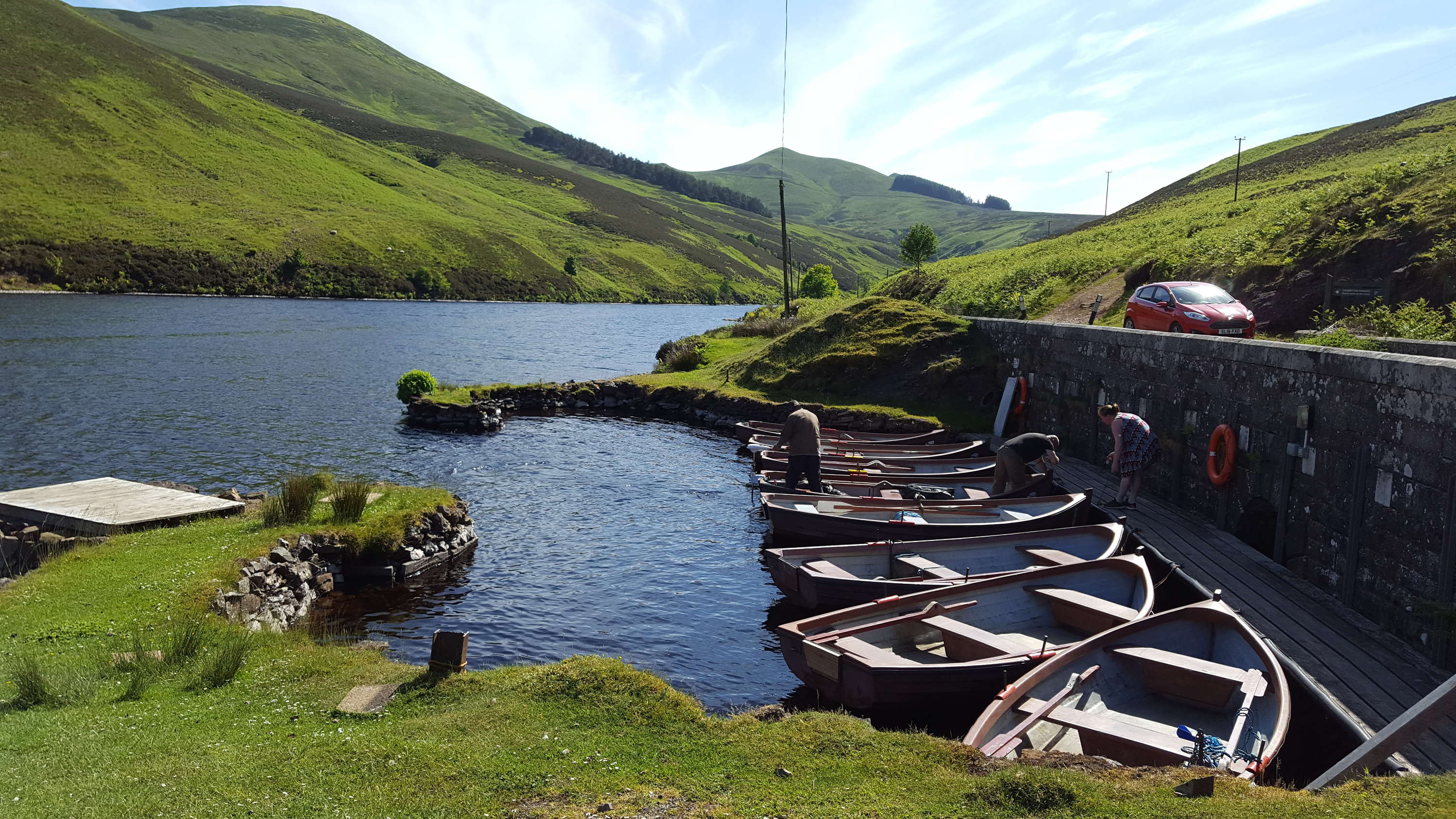 It’s been tough going out there for local fishermen because of the recent heatwave. Both reservoirs and rivers have suffered.

Peter Reith of the Peebleshire Trout Fishing Association said that the water is very low and fish are now in pools or under the bank.

The best fishing on The Tweed is in the evening or early morning and he hopes that the rain starts falling soon.

On to the reservoirs now. Karen Jack at Loganlea said the long bout of hot sunny days has put the fish deep and fishing is very hard at the moment.

The surface temperature is around 19 degrees and the best tactics are deep sinking line lures and a slow retrieve.

Bill Taylor, who runs nearby Glencorse Reservoir, has confirmed he is continuing next season.

He had considered giving up the lease but family, friends and staff have urged Bill to continue.

Across the Pentlands at Harlaw and Threipmuir it has been tough going for anglers, with water temperatures high.

Down the East Coast at Markle Trout Fishery the heatwave has also made things difficult, but Jonathan Swift confirmed they are still recording some notable catches.

Des Gray of Dalkeith landed a nine pounder on a blob and Jack Hay of Haddington totalled 11lb 8oz on a black buzzer. Chris Barrett and son had a superb morning session on catch and release catching ten with the best at 8lb 9oz, mainly to buzzers.

Bruce Hunter, also from Edinburgh, hooked a fine fish of 9lb 2oz and returned a further four, all to his home-made black lure. He returned to catch another of 9lb 8oz on a black lure.

Another Edinburgh-based angler, John Dailly, hooked two beauties of 10lb and 8lb to a bloodworm.

Testing conditions yes but morning and evening sessions are still producing for those who persevere.