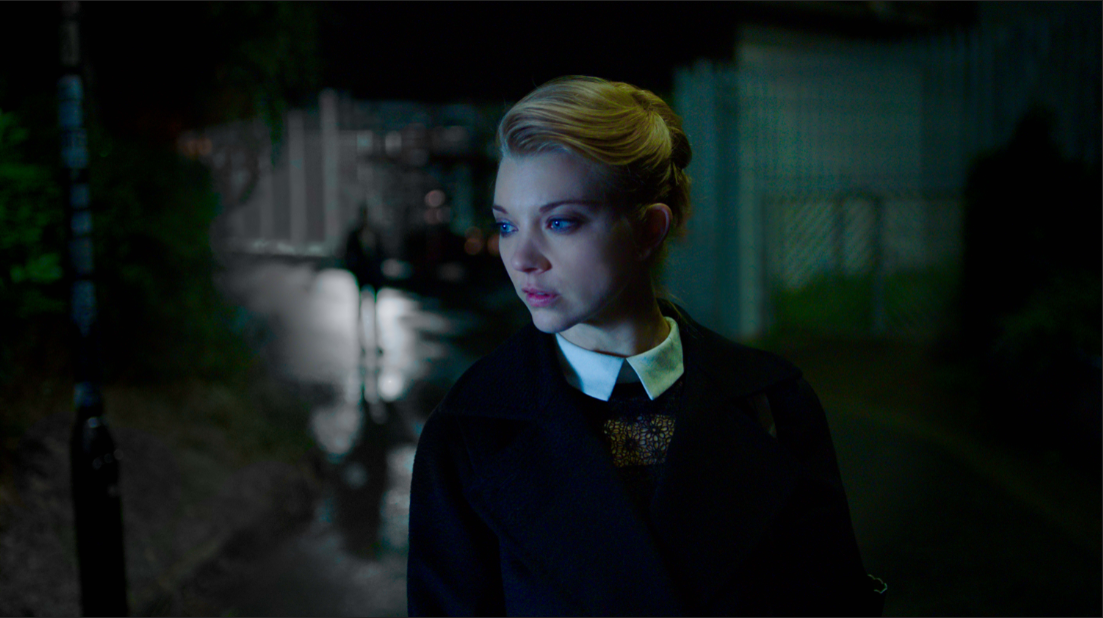 Natalie Dormer stars as Sofia in a psychological revenge thriller which sadly does not live up to its initial promise. Blind pianist Sofia overhears a struggle in the apartment above hers which results in the death of her neighbour, Veronique (Emily Ratajkowski). Initially, police suspect suicide but Veronique, the daughter of an alleged war criminal, knew she was in trouble and we discover that Sofia knows more about Veronique’s shady father Milos (Jan Bijvoet) than she initially lets on.

In Darkness starts well and has worthy elements – including a strong female character, co-created by Dormer herself – but the plot becomes needlessly convoluted. The film, directed by Dormer’s husband Anthony Byrne, starts with Hitchcockian undertones, playing up the sounds around Sofia and interweaving what she sees with what the audience can see. Sadly, the menacing tension gives way and the more the story gets into espionage and secret pasts, the more it blunders towards an inevitable conclusion.

What could have been an exciting thriller with a complex, well-written female protagonist instead fizzles out long before the movie’s end. The sound design is initially striking and deeply effective but grows insignificant as the film ultimately shows more interest in cheap plot twists than any visual or narrative ambition. Worth seeing for Dormer’s performance alone, which shines in a sea of poorly drawn caricatures. If you suspend disbelief and don’t take the film too seriously you may enjoy the experience but it may not play well to thriller aficionados.

The European Premiere  of In Darkness takes placeat the Edinburgh International Film Festival and goes on general release from 6 July 2018.