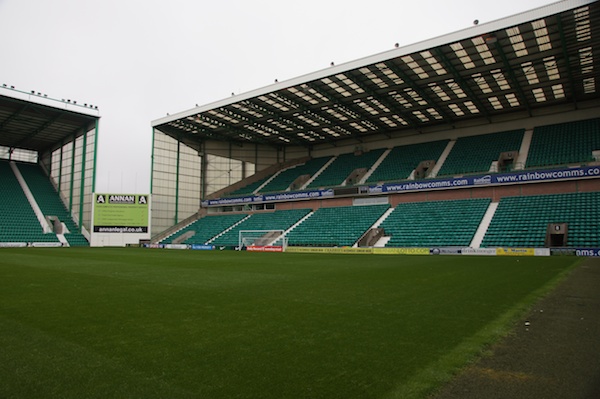 The Easter Road South Stand is now open for Hibs fans to buy tickets for the final match of the season against Rangers on Sunday 13 May.

Tickets have sold out for the West, East and Famous Five Stands, with Hibs supporters now able to purchase for the East end of the South Stand.

Previously Rangers fans would have been given the whole of the South Stand however such is the demand these days that the Hibs’ board have decided to reward the supporters who have turned up in record numbers this season.

The game could determine which club finishes second, third or fourth in the table with a European place for next season potentially available.

Tickets are also available for Saturday’s match with Kilmarnock, with limited availability in the West, East and Famous Five Stands. We expect these tickets to sell before matchday – if this is the case then sections of the South Stand will be opened out to home supporters.

Tickets can be purchased on-line via the club website.