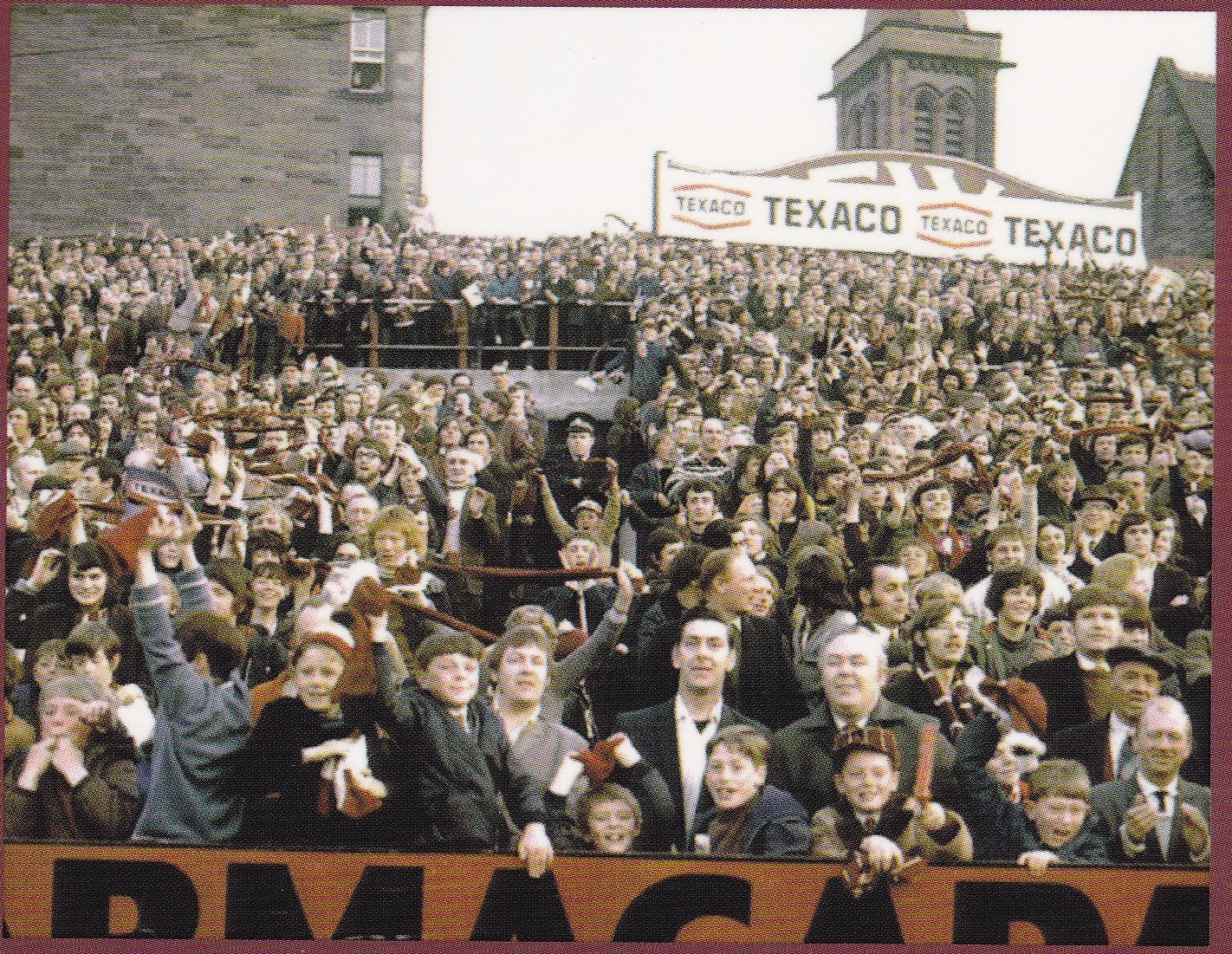 As a hypnotherapist, I usually ask my clients questions to get them to relax as the subconscious mind is more open to the power of suggestion when it is in a relaxed state. One of the questions I ask is ‘tell me about the time when you felt happiest?’ Without breaking any confidentiality, more than one client has told me ‘1998, 2006 and 2012’. From that it is easily deduced that these clients are Hearts supporters.

Part of my training as a hypnotherapist was about the importance of building rapport with clients and this becomes easier when we have a shared passion. Clients of my age will have shared my joy, heartbreak and tears over the decades and shared experiences help break the ice, not just in my profession but in social aspects too.

When I lived in Aberdeen many years ago it was not so much an icebreaker as a curiosity when the conversation turned to football and I revealed I was a proud Hearts supporter. Some Aberdonians couldn’t quite understand this. In the Granite City most people followed the Dons or Celtic or Rangers. Hearts? ‘Fit wye zat then?’* would be the typical local response.

In my early teens at Linksfield Academy in Aberdeen, I found I wasn’t the only Hearts supporter at that secondary school. A fellow Jambo called Ian Bell experienced the same taunts from classmates as I did but we were – and still are – proud Hearts supporters. Forty years on, Ian still lives in Aberdeen but we still see each other occasionally when Ian and his Hearts supporting sons (he’s clearly been a model parent) come down to Auld Reekie to see the Maroons play or when I head up north to watch Hearts from a restricted view at Pittodrie.

Before my career as a hypnotherapist, I used my Hearts supporting status to try and break the ice during job interviews (I worked in human resources but please don’t hold that against me) When asked about things like attention to detail I would trot out the old line about how, as an author, I had to ensure my books were proofread before publication. The conversation would take a turn thus:

‘You’re an author? That’s interesting. What have you written?’

‘Oh, mostly football. In fact, it’s all been about football’

‘Hmm. I’m not into football/I’m a Hibs fan’ (both mean much about the same) would often be the reply and I can’t say being a Hearts fan has been in any way advantageous on the job front.

But it can be a source of some very interesting conversations (interesting to Hearts fans that is) Fellow Jambos of my age will inevitably ask ‘Were you at Dens Park then? There is a bond that has been forged by those of us who were at Dens Park, May 1986 to the extent you don’t need to ask what game they are referring to. It was that game, the game which traumatised so many of us as you can perhaps glean from the cover of this book.

I listen in awe at older Hearts supporters who I had not met previously but will get chatting to them at social events like weddings, funerals, Burns Suppers etc.

‘Aye, son, ah’ve been going tae Tynecastle for sixty-odd years. Ah’ve seen the Trio play (for non-Hearts supporters reading this, the Trio were Willie Bauld, Alfie Conn and Jimmy Wardhaugh, part of the legendary Hearts forward line of the 1950s) I nod my head in admiration and tell them I wish I had seen that great Hearts team.

Football has that attraction, an ability to bring complete strangers together in conversation. And not just strangers, football can help in times of distress too. When my father died suddenly in March 1997, my mother-in-law and her partner were spending a few days with us having travelled down from Aberdeen. When I got a mid-evening phone call to tell me that my father had been found dead it was like a bolt from the blue. Tragedy can lead to awkward scenarios where you just don’t know what to say. Ma-in-law’s partner thought he would try later that night by asking me if I had seen the Celtic score. I looked at him with incredulous eyes. ‘They lost to Kilmarnock’ he told me. At the time I wanted to smack him one but, upon reflection, realised he was only trying to use football to break the ice as he just didn’t know what to say at a time of tragedy.

Both of my daughters are now grown up but, like any father, I’ve been through the ‘Who’s this lad you’re seeing then?’ phase. The ice can be thickly packed when your daughter brings home her ‘significant other’ for the first time. The first question I asked these laddies was ‘Do you like football?’ Their reply would be all important in gaining my approval – not that my daughters gave a stuff about what I thought. It would get to the stage where my daughters would tell me ‘It’s all right, Dad, he’s a Hearts fan’. Although not in my younger daughter’s case – she ended up marrying a Hibs fan. And on the day Hibs finally won the Scottish Cup in 2016…

After years of living in Dalkeith, in the heart of Midlothian (do you see what I did there?) I now live in Leith. I’m now a Jambo abroad. It’s not often I visit the many local hostelries in the area as I suspect dropping into any conversation that I’m a Hearts fan wouldn’t break much ice but may end up breaking something else.

It’s good to talk football, though. It can break down social barriers and encourage empathy with people you have previously never met.

Even with those who don’t share your football allegiance.