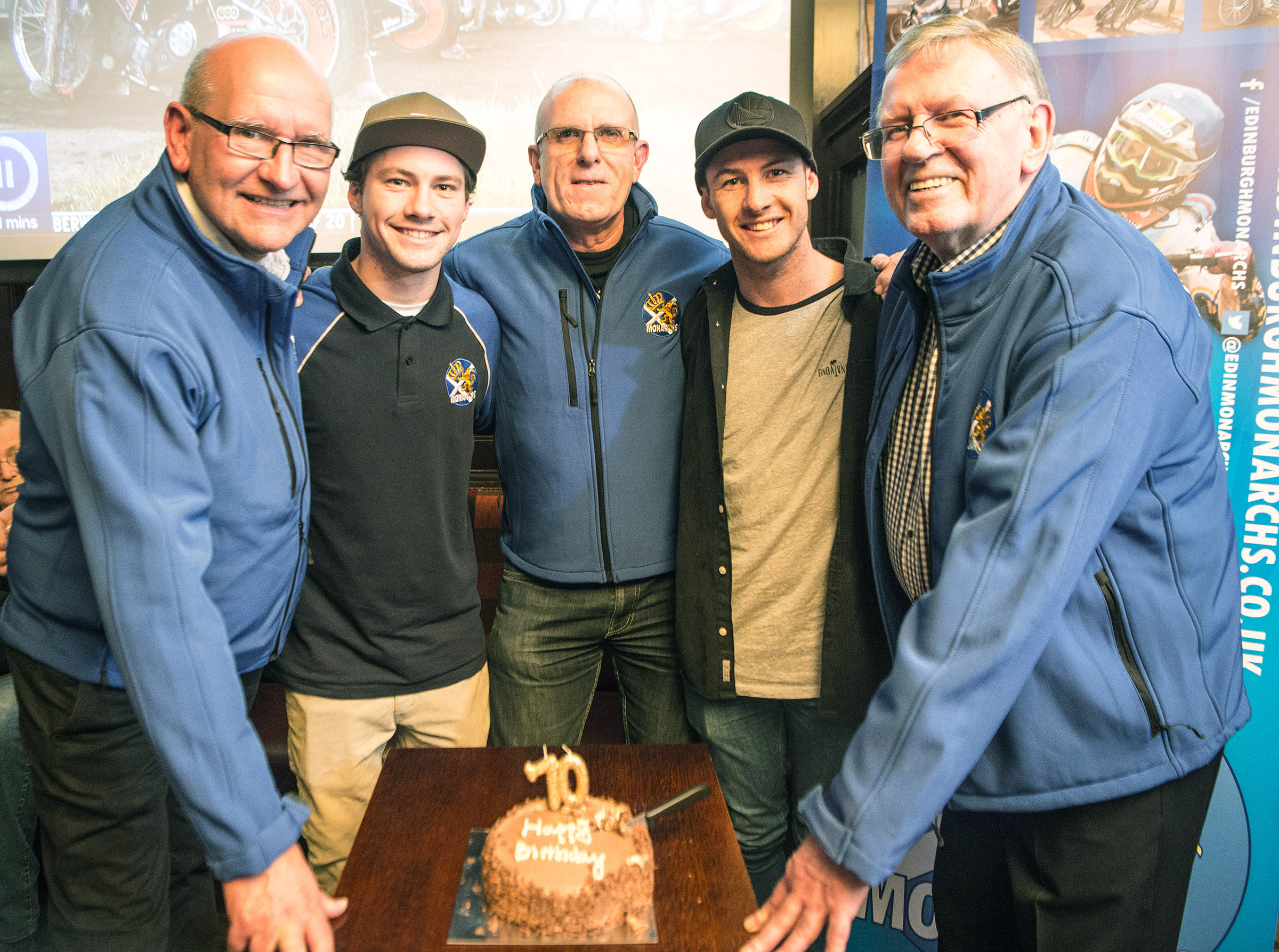 Edinburgh Monarchs fan Nigel Finlay has dipped into his wallet to hand the speedway team a 70th birthday present.

And his gesture came precisely 70 years on from Monarchs’ first ever fixture at Bristol.

Nigel owns award-winning Staggs Bar in Musselburgh and he is the SGB Championship team’s new sponsor.

He has been a follower of speedway since the 1960s and regularly sponsors one of the team race jackets.

However, as well as being Monarchs’ 70th anniversary it is the 160th birthday of his pub.

Nigel said: “I’m absolutely buzzing with it. I feel quite privileged and uber-excited about the whole thing.

He added: “We always take one of the race jacket sponsors and at this year’s launch show I ended up sitting next to Dougie Newlands.

“We discussed what might be involved, I made phone calls to my brother and my other half and I thought what a privilege and a chance of a lifetime to do this. It is Monarchs’ 70th year and it is the 160th year of Staggs Bar so there’s a nice wee tie-up there.”

Staggs has also just received awards from the Edinburgh, Lothian and Border branches of the Campaign for Real Ale and Nigel added: “I’ve run out of wall space for our awards.

“We are just a wee back-street boozer but I like to do things right, a bit of attention to detail. Look after the beer and make sure the customers are happy. Just like running speedway is about winning things and entertaining your fans.”