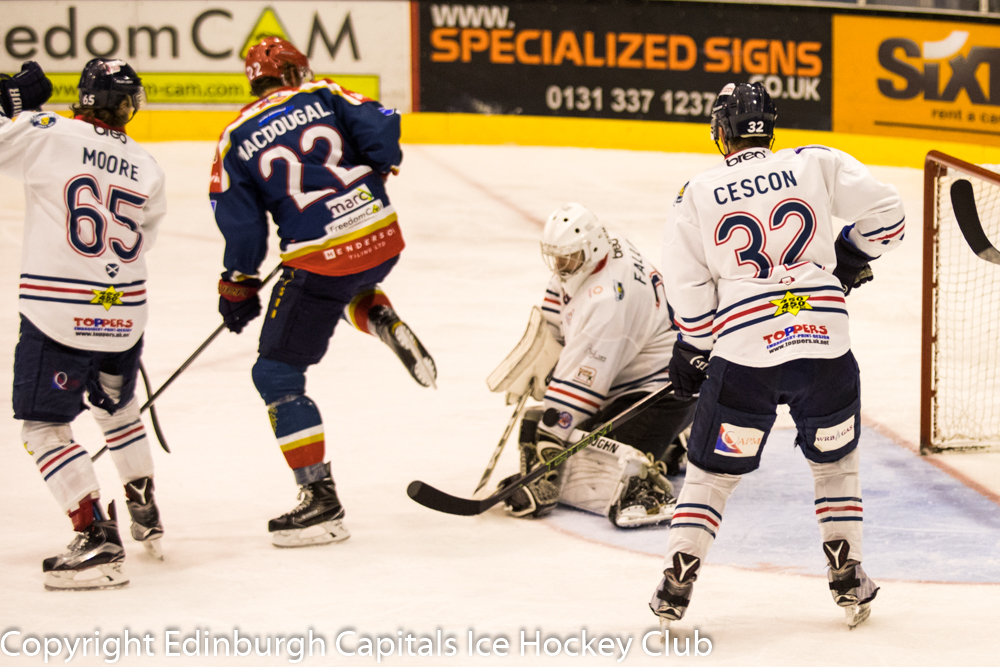 Braehead Clan have confirmed that 33-year-old forward Tyler Scofield will miss the remainder of the season.

Scofield picked up an upper body injury during Saturday’s 5-2 win over Sheffield Steelers which resulted in him having to go to hospital for a scan.

Clan’s head coach John Tripp is preparing for the visit of Edinburgh Capitals on Wednesday (7.30pm) and said: “It’s yet another injury setback for this club, it seems to have been one after the other this season.

“For the first time this season we have a full quota of imports to choose from on Saturday against Sheffield and then this happens.

“It’s very frustrating, but we’ve now got to adapt and concentrate on the remainder of the season without Tyler in the line-up.”

American forward Ryan Potulny will return to the Clan line-up against Capitals and tickets are available via braeheadclan.com, by calling 0844 499 1700 or direct at the Braehead Arena box-office.