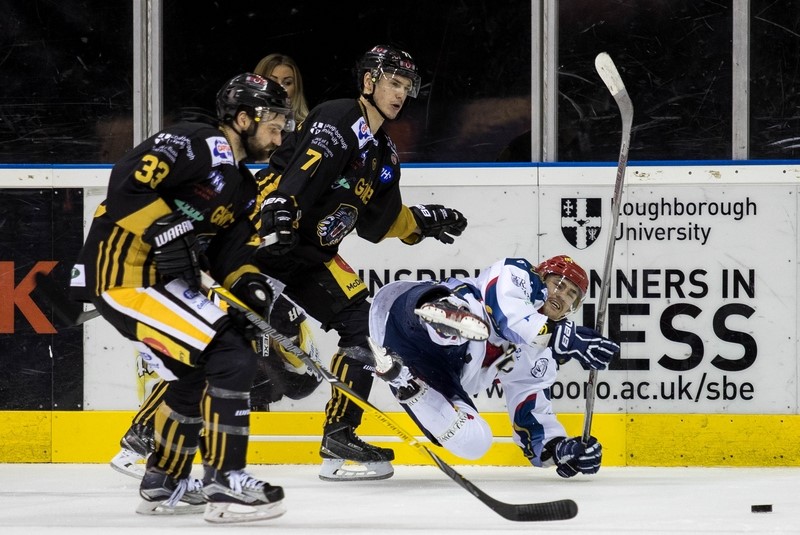 Dundee Stars hope to have new signing Cody Carlson in their squad for the double-header with Edinburgh Capitals this weekend.

The gritty defenceman was signed earlier this week and the former Braehead Clan star has played in the highly-competitive East Coast Hockey League and in France for Strasbourg and in the third tier in Germany with EC Peiting.

Carlson has played 28 games for East Coast Hockey League combine Atlanta Gladiators this season, scoring once and assisting in three other strikes.

Stars’ general manager, Omar Pacha, is trying to clear red-tape ahead of Saturday’s home clash with Edinburgh and Sunday’s trip to Murrayfield (6pm).

The 26-year-old from Victoria, British Columbia, is the man Pacha believes can help shore up his rearguard and he is delighted to land a player with experience of playing in Britain.

He was also looking for a right-handed defenceman with a fierce shot and Carlson possesses a big shot from the point.

Carlson made 52 appearances for Clan last season, scoring five goals and assisting with ten others.

Pacha, who is also player/coach, said: “He’s an experienced guy and we need players like that to help us. He is excited to come and we are excited to have him.”

Carlson last played a few weeks ago and Pacha said: “It’s really difficult at this time of year to get clearance for new players.

“We’re trying to get Cody in by the weekend and we’ll do all we can to have him here.”

The coach was disappointed with the 6-0 defeat at Braehead on Hogmanay and added: “You can’t make individual mistakes against a team like that – they will punish you.

“We also didn’t created enough chances and we’ll be looking to address that.

“It’s our road form we have to address but we’ve been successful at home.”