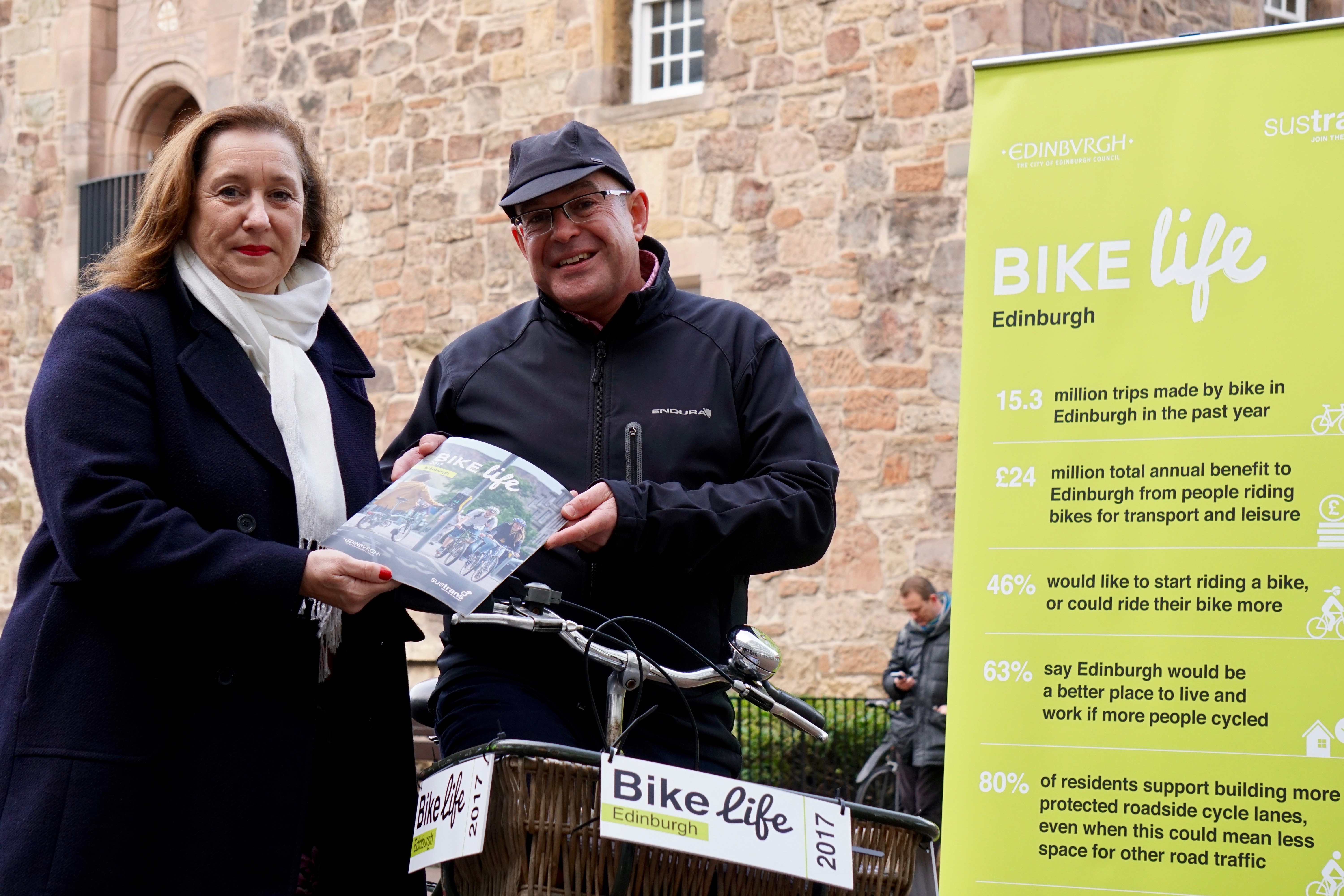 Active travel charity, Sustrans, has released information showing that walking and cycling can be monetised by the improvements in air quality and the benefits to public health.

The research also shows that by constructing routes which are free from traffic, and segregating cycle lanes in towns and cities premature deaths from air pollution can be prevented.

Developed in partnership with environmental consultancy Eunomia, the Air Quality Benefits of Active Travel report carried out modelling that analysed a number of cycling and walking infrastructure schemes run by Sustrans across Scotland and England and looked at the effects of possible city wide interventions.

It found the UK economy could save £931m annually from improved air quality, by meeting the stated goals to increase walking and cycling in Scotland and England.

Of this, savings of £364 million would be realised annually from improved air quality in Scotland, if the modal share of 10% of all journeys by bike, set out in Scotland’s Cycling Action Plan, was achieved.  It would also mean nearly 4000 premature deaths would be avoided over a decade.

Sustrans Scotland National Director, John Lauder said: “The models created through our Air Quality Benefits of Active Travel report show that building more segregated and traffic free cycling and walking routes in our towns and cities will help to cut the number of deaths caused by air pollution each year. The report helps demonstrate the good sense of the Scottish Government doubling the budget for walking and cycling.

“The vitality and health of our neighbourhoods rely on the way we move around. By providing a network of direct segregated routes along busier roads in addition to quieter routes will encourage more people to walk and ride a bike.

“Walking and cycling have a huge role to play in reducing air pollution in towns and cities across Scotland. And at a time when road transport is responsible for 80% of NOx pollution where legal limits are being broken, it has never been more important to reduce the number of motorised vehicles on our roads”.

Lead modeller and air quality expert at Eunomia, Ann Ballinger said: “This is the first time that Sustrans’ data has been used alongside public health data to understand what impacts walking and cycling schemes have on an individual’s exposure to air pollution.

“Our analysis suggests investment in cycling and walking has considerable potential to improve local air pollution. We believe this innovative model could be of considerable value in supporting local authorities and government as these bodies consider options to tackle the air pollution emergency at a local level.”

For further information about the new model and the accompanying research Air Quality Benefits of Active Travel click here.