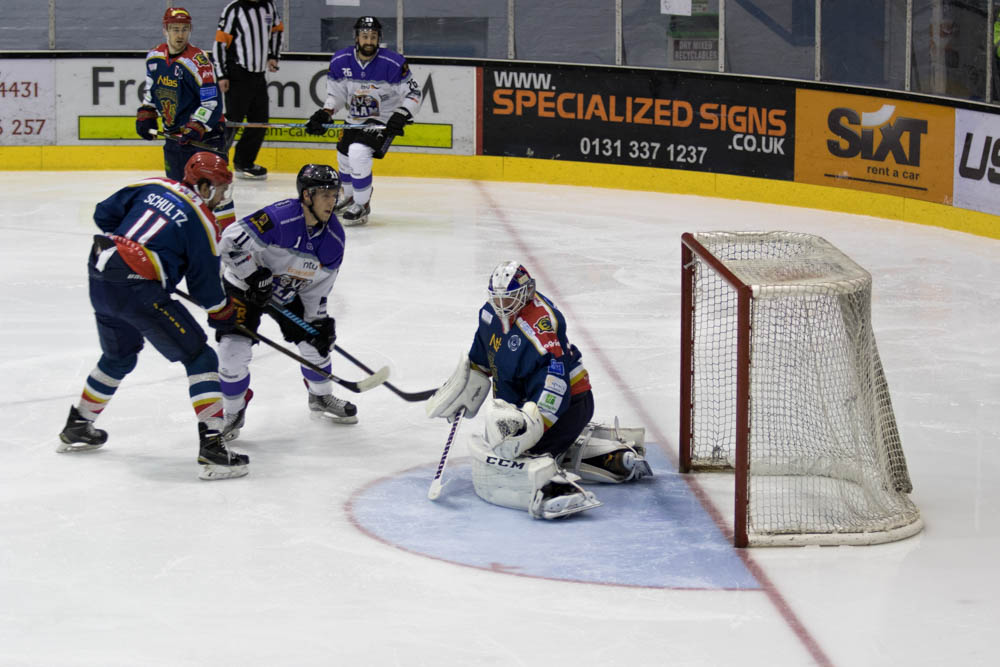 The 25-year-old showed in training that he has a wicked shot, moves around the ice well and is willing to work hard.

The forward, who has iced in top leagues, is on trial and is almost certain to make his debut for the Murrayfield men in their home Elite League clash with Belfast Giants on Saturday (face-off 5.45pm).

Club stalwart Jock Hay and captain Mike D’Orazio are running the bench and have yet to decide where Podzins will fit in.

He has played under-16, under-17 and under-18 for Russia and D’Orazio said: “Ainars looks good and has iced in top leagues in Europe.

“Jock and myself will have to sit down and work out where he fits in, but we expect him to be in the line-up.”

The skipper said that there had been a good response to the new regime in training on Tuesday following the sudden departure of ex-coach Dmitri Khristich following Sunday’s home defeat by Guildford Flames.

Players skated on Wednesday and the full squad is back on the ice at Murrayfield on Thursday.

A lunch-time session on Friday will complete preparations for the big game.

D’Orazio added: “The guys will have seen coaches leave before and hopefully we can turn the tide here.”