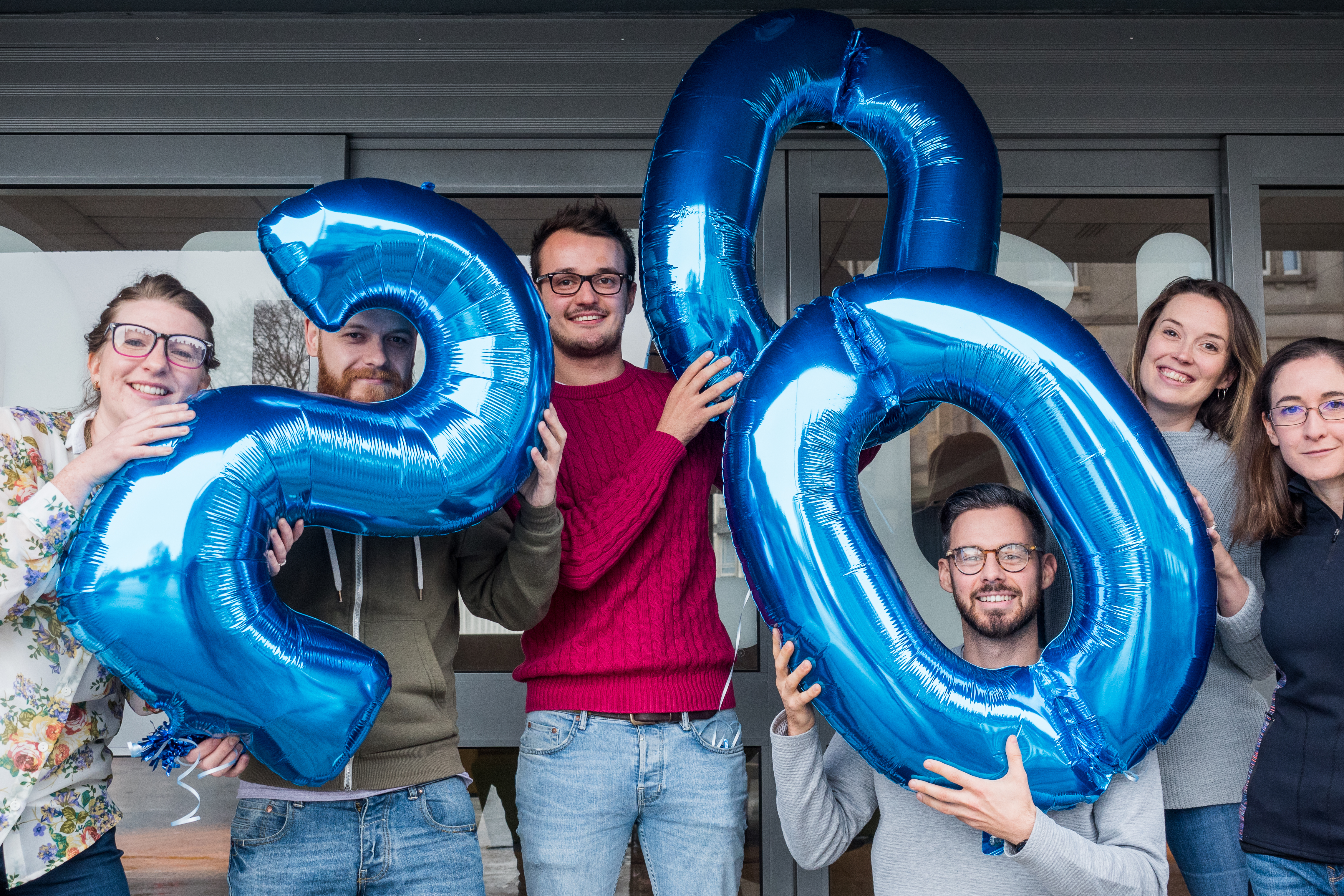 A total of 200 CodeClan graduates have now secured technology related jobs on completion of their courses and, to meet demand, the academy has unveiled plans to double its course numbers in Glasgow in the year ahead.

Mr Swinney said: “Digital skills are playing an increasingly important role in almost all business sectors. Being able to provide a technologically savvy workforce will be crucial for Scotland in the years ahead and CodeClan is playing an influential role in helping us to achieve this.

“The number of organisations returning to recruit skilled employees highlights the success of CodeClan and I welcome its plans for expansion. There is a well-publicised skills gap in the global tech sector and initiatives such as this are key to helping Scotland build the skills capacity to meet that demand.” CodeClan is a key element in the Government’s ‘Digital Strategy for Scotland’, which aims to create the conditions in which our digital technologies industries can thrive. It is working with industry to meet a shared objective of employing 150,000 in digital technology roles over the next five years.

70% of all CodeClan graduates secure technology related jobs within three months of completing their course, and this rises to 90% within four months.

CodeClan plans to double its intake in Glasgow in 2018 from three cohorts to six, with a further nine starting in Edinburgh; this will produce 200 job ready individuals in Edinburgh and 120 in Glasgow during 2018.

Students have the opportunity to work towards a Scottish Qualifications Authority (SQA) Level 8 pass in Software Development as part of the course. More than 100 have successfully completed this to date.

Its success has been in equipping people with the digital skills they need and that businesses want in a crucial area of Scotland’s economy.

“A digital skills academy was one of the key actions identified by our Digital Technologies Skills Investment Plan, developed with industry backing in 2014, with CodeClan opening the following year.”

Polly Purvis, chair of CodeClan, said: “CodeClan has come a long way in two years and continues to change to meet the needs of the industry. We work closely with employers to make sure we are producing people with skills relevant to their needs. With an increase in courses planned for 2018, we will be providing more opportunities than ever before for people considering a career in tech to get involved and develop the skills the industry badly needs.”

Former GP David Hale, from Edinburgh, retrained to be a developer after deciding to leave his career in medicine. After finishing the course he secured a role as a junior software developer with Zonal, a firm creating software and hardware for the hospitality sector.

He said: “CodeClan ticked a lot of boxes because it was local, focussed on practical skills and wasn’t too long at only four months. I can now safely say that going to CodeClan was one of the best decisions of my life. My ultimate goal from going on the course was to get a job as a software developer, and that happened, but better than that it taught me the skills to keep learning and keep progressing as a developer.”

Registers of Scotland has recruited 10 of CodeClan’s graduates. The organisation responsible for compiling and maintaining 18 public registers relating to property and other legal documents in Scotland has placed eight students into roles within their software development team, as well as appointing one business analyst and one user experience specialist.

Keeper of the Registers of Scotland, Sheenagh Adams said: “I’d like to congratulate CodeClan on its second anniversary. It’s great to see this programme is being expanded and that its graduates are playing a key role in Scotland’s digital transformation. Registers of Scotland (RoS) aims to become a fully digital business by 2020, and has benefitted from the expertise and skill of eight CodeClan graduates to-date, with two more due to join us in the next month. I’m delighted that our work with CodeClan has been so successful, and I look forward to seeing what their next steps will bring.”