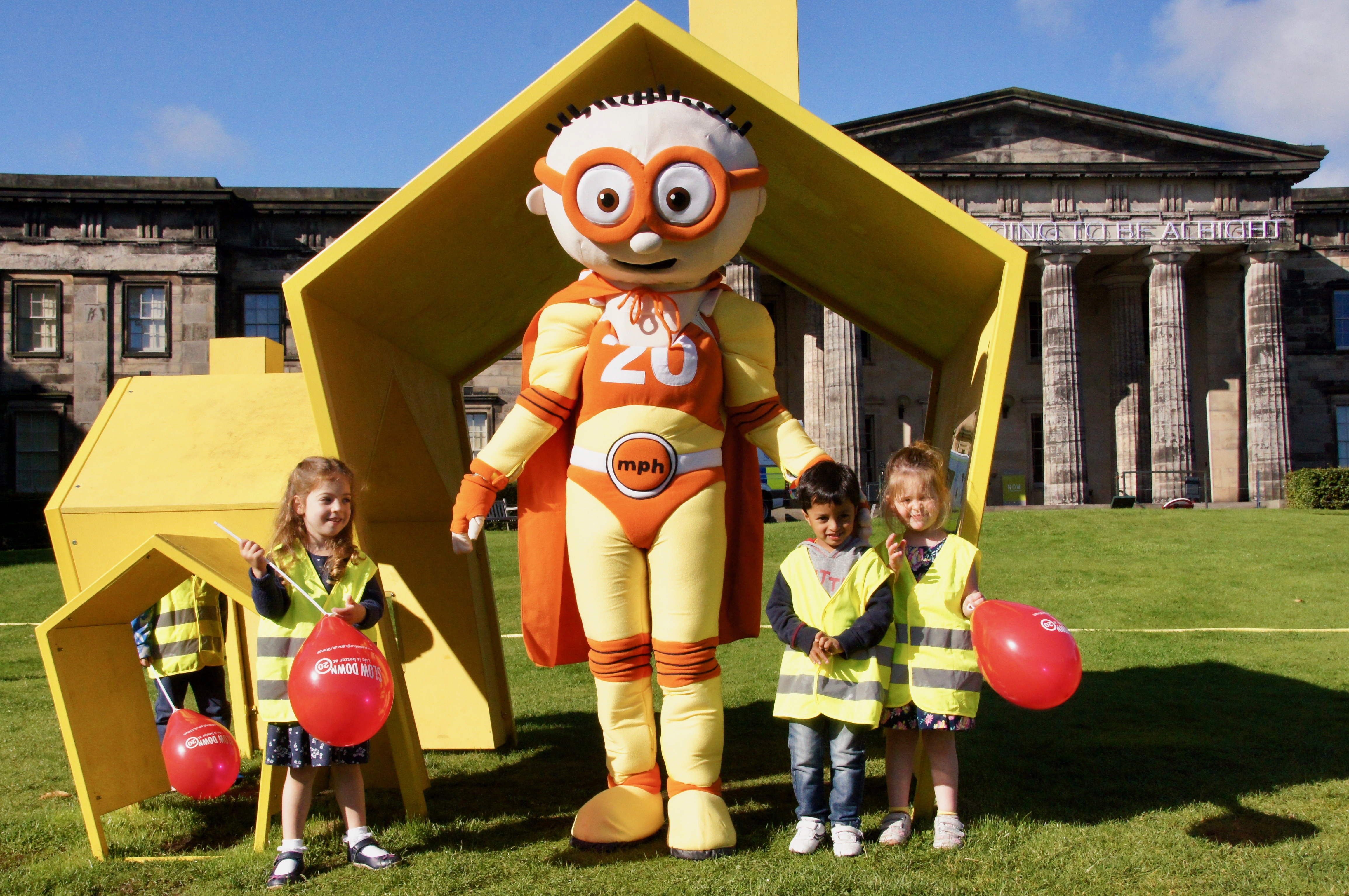 From tomorrow 16 August 2017, the extent of the 20mph zones across the city extends even further with the third phase covering north west and west Edinburgh.

This will include Belford Road where the Scottish National Gallery of Modern Art this morning hosted a photo call with children from Murrayfield Nursery, Transport Convener Lesley Macinnes and Police Scotland helping to promote the message.

There are now signs and road markings all over the Phase 3 area although the speed limit on some strategic roads such as Calder Road, Maybury Road, Queensferry Road and Lanark Road will have 30 mph restrictions.

The 20 mph zones will be extended to the northwest and south west of Edinburgh from tomorrow. What do you think? Have drivers slowed down? pic.twitter.com/NaqBAtsBW3

Councillor Macinnes told The Edinburgh Reporter :”This is Phase 3 of the rollout across the city and it is taking us into the north-west and the west of the city.”

Asked if she believes people are learning to drive more slowly on the city’s streets, the Transport Convener said she did. She continued : “I do believe they are. We are seeing very high levels of compliance, and very high levels of satisfaction with it. We know that people across Edinburgh in general are supportive of this, because it provides us with an entirely different environment.

As to whether the police are having some success in enforcing the new lower speed limits Councillor Macinnes believes they are. She concluded : “I think they are, but we also recognise the fact that this is a transition period and people are just getting used to it. So there is a combination of fines being levied, people being stopped and some warnings being given.”

According to a recent survey carried out in Edinburgh around 70% of the 50,000 interviewed said that they back the lower speed limits.

Police continue to enforce all speed limits across the city and have handed out nearly 800 warnings and 26 tickets since the scheme was introduced. In addition they have reported five drivers to the Procurator Fiscal.

We asked Superintendent Mark Rennie as to whether the scheme is working in Edinburgh. He said : “Yes I think it is. I think it’s really important. Today we are at this launch for a significant proportion of the city, the north west and the south west of the city.

“We are here with young children who we would classify as vulnerable road users. The purpose of the 20mph limit is to slow traffic down to slow speeds down because we know that when you do that you reduce casualties.

“We have charged a number of people in respect of the 20mph limits but that is a part of our overall enforcement programme.

“Part of what we do is about education and part of it is what we are doing here today to show the importance of the 20mph limit. Every day our officers are out across the city doing road checks, and often those road checks are about areas where people and local residents have told us they feel there is a problem.

“So we will go out and look at these problems whether that is with regards to higher limits of 40 mph, 30mph or the 20mph limits. But especially with regard to the 20mph limits where we think there is an element of vulnerability around the road users. And today we had these vulnerable road users here at our launch. That for me is what it’s all about.”

Do you think that people in Edinburgh are aware enough of the 20mph zones. Yes I think they are. I think there has been a really positive campaign from the council and Police Scotland to highlight the zones. Obviously as it expands right across the city, and we are close to having the whole city covered now, then that will become the norm. People will understand where those zones are and how to drive according to the speed limits.

Our officers from Road Policing are out every single day looking at road behaviour, looking at that positive message around prevention in terms of accident hotspots, in terms of areas where we know there’s vulnerable road users.Importantly we also have our community officers out each day responding to complaints from residents and concerned local groups about speeding traffic, dangerous parking and other issues to do with road safety.

“It’s based on where the problems are and certainly in terms of residents when we receive multiple complaints and concerns, or concerns raised by local schools or other officials then we will look at these problems in a proportionate way of course.”