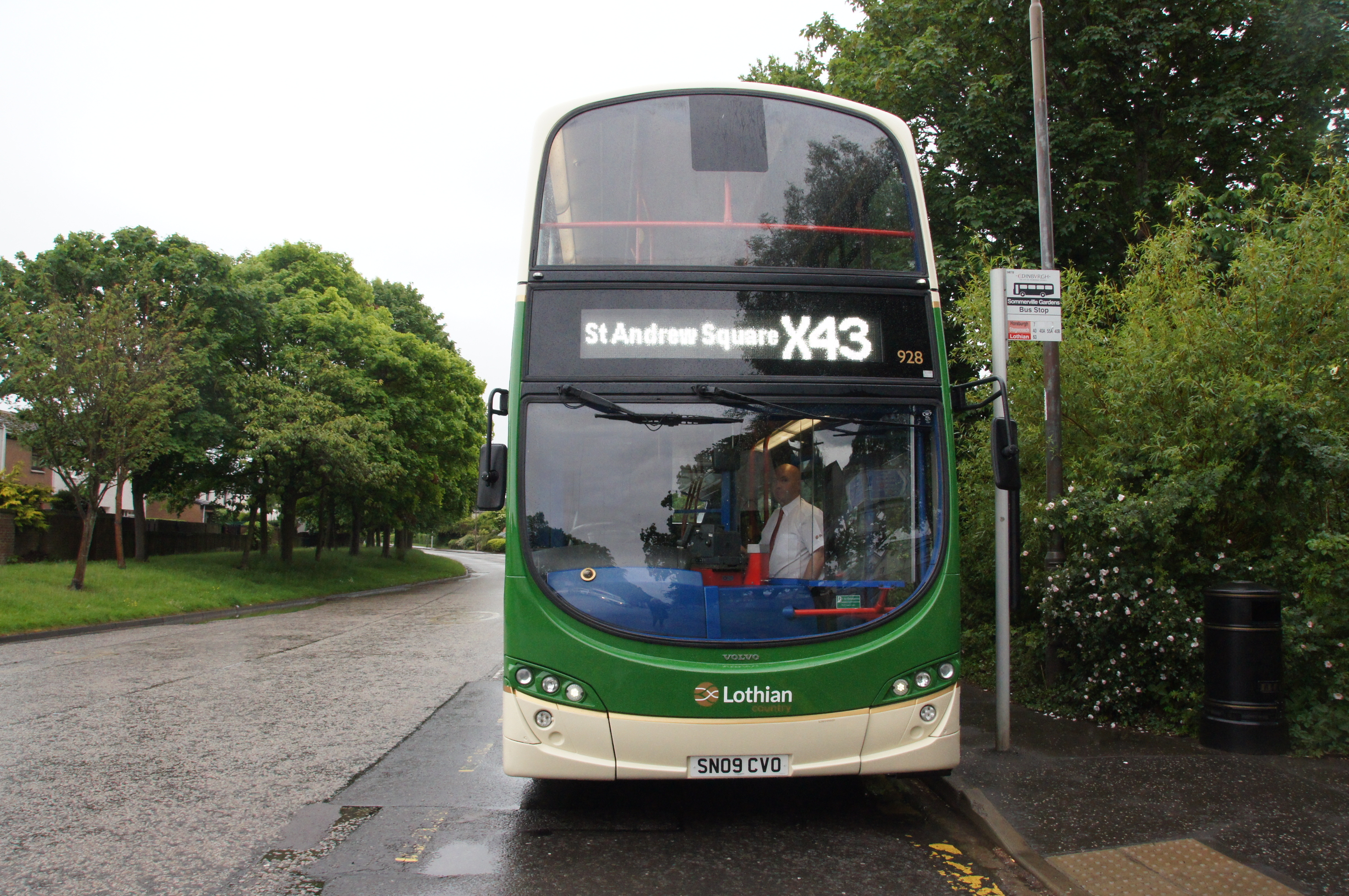 Lothian Country the new subsidiary of Lothian Buses began its new Queensferry service earlier today and we stepped aboard one of the first buses from St Andrew Square so that we would meet some of the commuters coming into town. It was hard to find a dissenting voice on board. Everyone seems to like the new service which goes all the way into Scotstoun where there will be a terminal just as soon as the Cala development is finished.

The bus service appears to fit very well for those commuters we spoke with.

They especially like the integration with the buses in the city centre where they can use a Day ticket from South Queensferry and then to jump on a connecting service in Edinburgh. Local councillor Norman Work who has campaigned for the service since Stagecoach announced they were pulling out (and even before Stagecoach took it over) said : “I am delighted that all the hard work has paid off with Lothian buses listening to the Queensferry residents and have stepped in to operate a replacement bus service.

“I hope the residents and those living along on the Queensferry Road corridor will support the new service.”

One aspect of the new service which needs to be fixed however is the overhanging trees on the country roads. The route was previously served by single decker buses and this needs to be addressed urgently. Our driver Sean was careful to go very slowly in certain parts where the branches are worst, but they do need to be cut back.

A spokesperson for Lothian Country said: “Feedback has been positive so far on all aspects of our new Lothian Country service. Our drivers have reported high satisfaction levels and are hoping to see many more new customers in the coming weeks and months.”

The timetables and fares are here.

Everybody likes the new bus! Could not find anybody who didn’t! @LothianCountry pic.twitter.com/xag5FLogOs