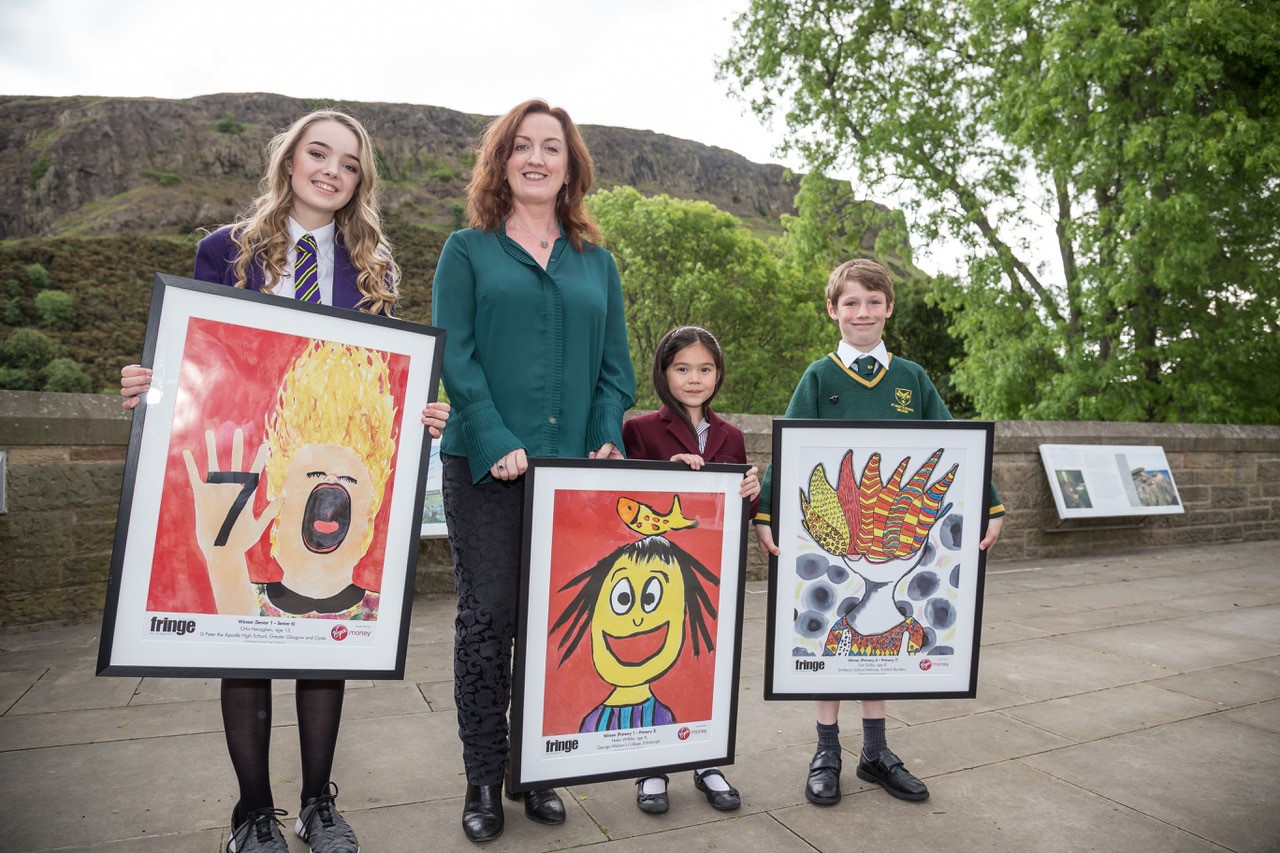 Three young artists from across Scotland have been announced as the winners of the 2017 Fringe Schools Poster Competition supported by Virgin Money. Revealed today, at a special Fringe prize-giving celebration at Dynamic Earth in Edinburgh, the winning designs will feature as the cover images for the official 70th anniversary Fringe Programme and will be seen by thousands of locals and visitors from across the UK and around the world this summer.

From left to right: Orla Henaghen, aged 13, is the Senior 1 to Senior 6 winner from St Peter the Apostle High School in Clydebank, Shona McCarthy, Chief Executive of the Edinburgh Festival Fringe Society, Helen Willder, aged six, is the Primary 1 to Primary 3 winner from George Watsons’ College in Edinburgh, and Tom Dolby, aged eight, from St Mary’s Schools Melrose in the Scottish Borderswins the Primary 4 to Primary 7 category.

Shona McCarthy, Chief Executive of the Edinburgh Festival Fringe Society said:“It has been an inspirational day meeting our winners and their families and I hope that all those who participated in the competition will be encouraged to continue developing their creative skills and engaging with the arts.

“I’m delighted to have shared a taste of the Edinburgh Festival Fringe with schoolchildren from around Scotland today, and I am thrilled that in this special anniversary year, Scotland’s young people have been given the opportunity to design the cover of the 2017 official Fringe Programme.

“The Fringe Programme is an important tool for audiences and participants to navigate their way through the thousands of events at the festival and I’m sure that these three eye-catching cover designs will be enjoyed by everyone taking part in the Fringe this year.”