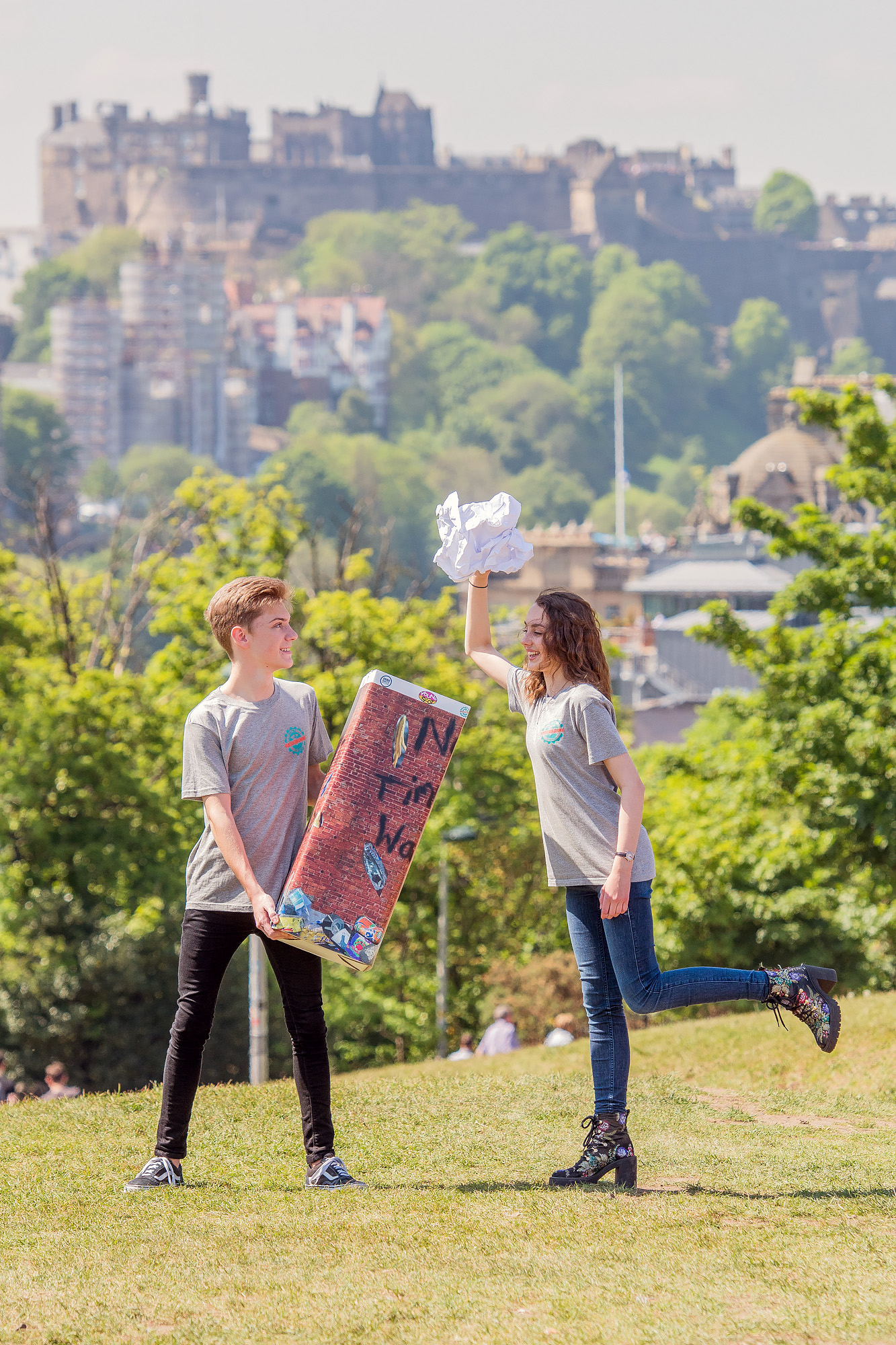 Home News Young Scot determined to change attitudes to litter
Share
Facebook
Twitter
Pinterest
WhatsApp
Print
Young Scot and Zero Waste Scotland have told us that their Generation Change Report shows that almost a third of the young people surveyed say they never litter, but 60% say they do so accidentally. The interesting thing is that it appears that where litter bins are placed has no effect on this whatsoever.
The report has resulted in a raft of ideas being put forward on how to change the way young people feel about litter. One such idea is to introduce an app showing where the litter bins are, and also to make them more colourful and visible.
Shannon Goundry, a Generation Change member, said: “I’m incredibly passionate about protecting our environment and reducing the amount of littering in Scotland. It’s been great to work alongside talented, like-minded young people from other parts of Scotland and we’re really proud of the work presented in the report.”
David Barnes, Litter and Flytipping Programme Manager at Zero Waste Scotland, said: “Litter and flytipping are widely considered a blight on Scotland, and in order to tackle these problems effectively we need to make littering a socially unacceptable thing to do. It’s fantastic to see young people from across the country already demonstrating that change in mindset and informing research on this issue.
“Dealing with litter and flytipping costs over a million pounds of public money a week in Scotland, and that’s money that could be better spent on other priorities. Joined-up action across all areas of society – from Zero Waste Scotland’s work with councils, businesses and landowners to initiatives like this report – will help achieve our ambitions of a litter-free Scotland and benefit our landscape for good.”
Louise Macdonald, Chief Executive of Young Scot, said: “The Generation Change group are passionate about making the world a greener place for everyone. With the help of young people we can tackle problems that affect us all and this report is packed full of ideas and we’re sure it will help inform changing attitudes towards litter in Scotland.”
Website www.iangeorgesonphotography.co.uk