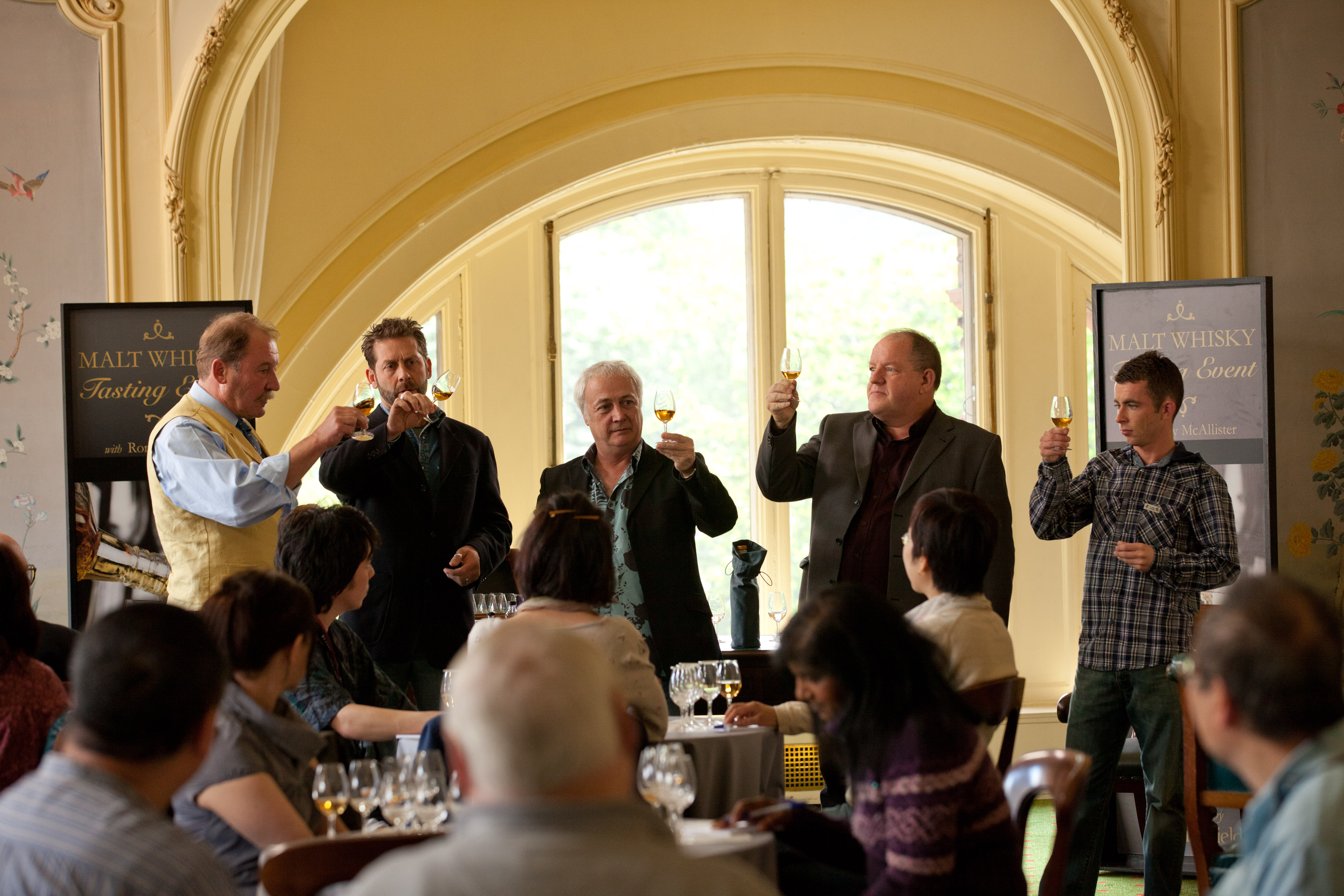 The Waldorf Astoria Edinburgh – The Caledonian will be holding an intimate whisky dinner on Tuesday 6 June 2017 to mark the fifth anniversary of the critically acclaimed movie, Angels’ Share. The much-loved comedy provided an acting debut for renowned spirits guru, Charles MacLean who featured in a whisky tasting scene filmed in The Pompadour restaurant.

The commemorative dinner plans to recreate this scene with Charles as the host for the evening taking guests through a trio of whiskies, designed to complement a memorable dinner created by Executive Chef, Ryan Macfarlane.

Lead actor from the movie, Paul Brannigan will also attend the evening to talk informally to guests about the film prior to an exclusive screening of Angels’ Share.

Dale MacPhee, General Manager of The Waldorf Astoria Edinburgh – The Caledonian said: “The point at which filming of Angel’s Share took place five years ago coincided with the hotel’s multi million-pound refurbishment programme to become the first and only Waldorf Astoria hotel in the UK.

“It therefore seems very fitting to celebrate this milestone for the movie in the hotel and we very much look forward to Charles imparting not just his whisky knowledge, but also some behind the scene tales of his acting debut.”

Tickets are priced at £60 per person for the Angels’ Share Whisky Dinner and can be booked by calling the hotel on 0131 222 8888 or emailing caledonian.marketing@waldorfastoria.com and quoting Angels’ Share.