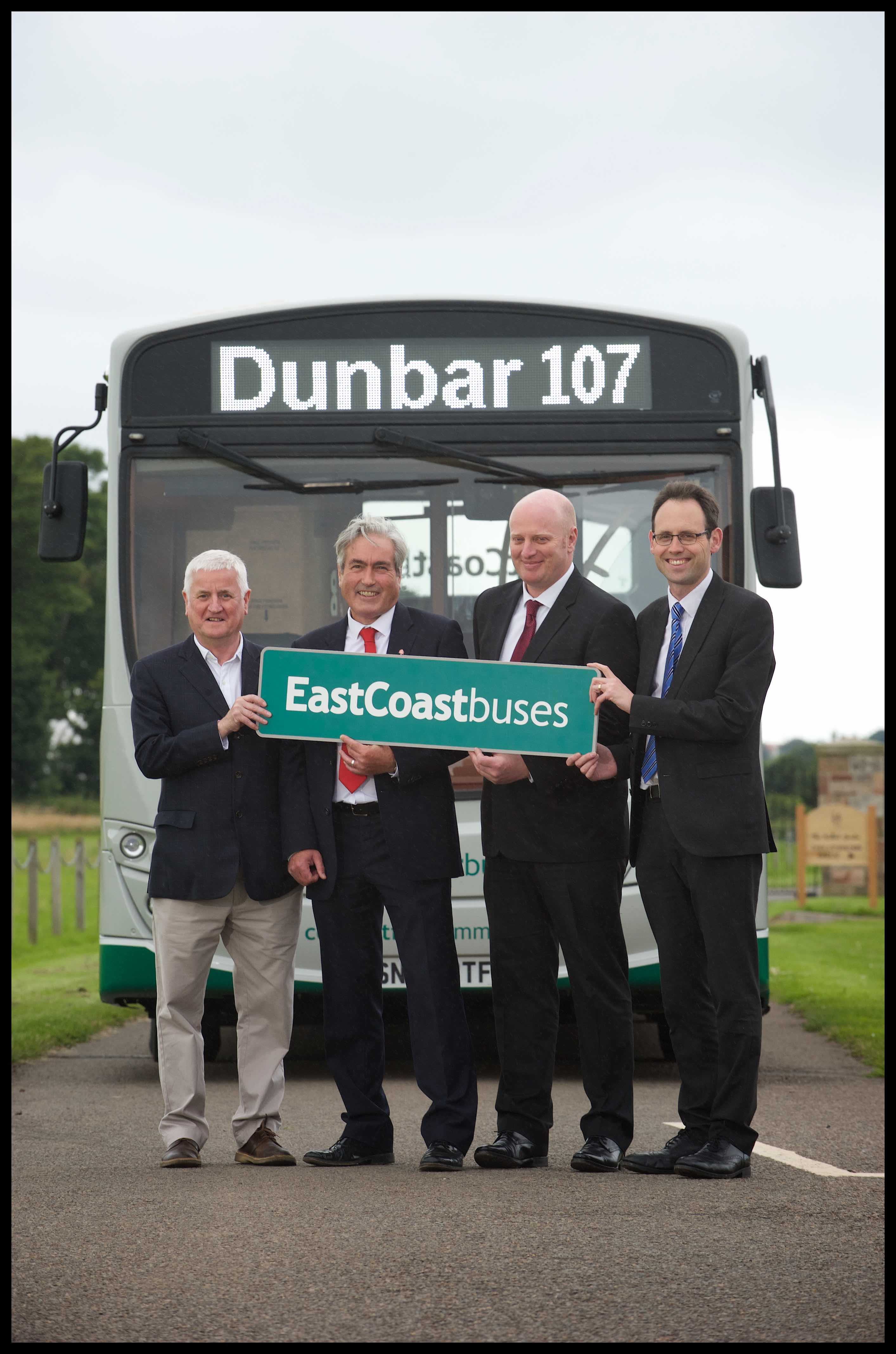 East Coast Buses began running services from Edinburgh to East Lothian last August taking over an existing company with members of staff, and ensuring the continuation of a public transport link from the capital and across the county.

At the time of the announcement Minister for Transport, Humza Yousaf, said:“The announcement Lothian Buses are acquiring First’s operations in East Lothian is welcome news for the communities who have expressed their desire to see these vital bus services maintained.

“Importantly, this also safeguards jobs at the Musselburgh and North Berwick depots and is an excellent outcome from the constructive and open approach taken by both companies and the Council in dealing with this matter.”

Since the takeover it has been one-way traffic with the passenger numbers growing each month. Now East Lothian towns such as North Berwick and Dunbar have a link to the city during the day and with the Nighthawk service nights out become so much simpler.

Last month the company recorded over 60,000 passenger journeys per week. With the decision of the Competitions and Markets Authority announced this week to clear the investigation into the business deal, the company looks set to go from strength to strength.

East Coast Buses is a subsidiary of Edinburgh’s own Lothian Buses is investing heavily in improvements to the garage in Musselburgh but also has a depot in North Berwick to deal with early morning services.

Now they are looking for new drivers to help them provide the services, and are inviting applications from anyone who might think this is a career for them. Even if you don’t have a licence to drive a bus then you can be put through training at the bus company’s own training school.

The Edinburgh Reporter met up with General Manager Mark Heritage who explained the kind of people they are looking for to fill the roles :

Photo of bus above