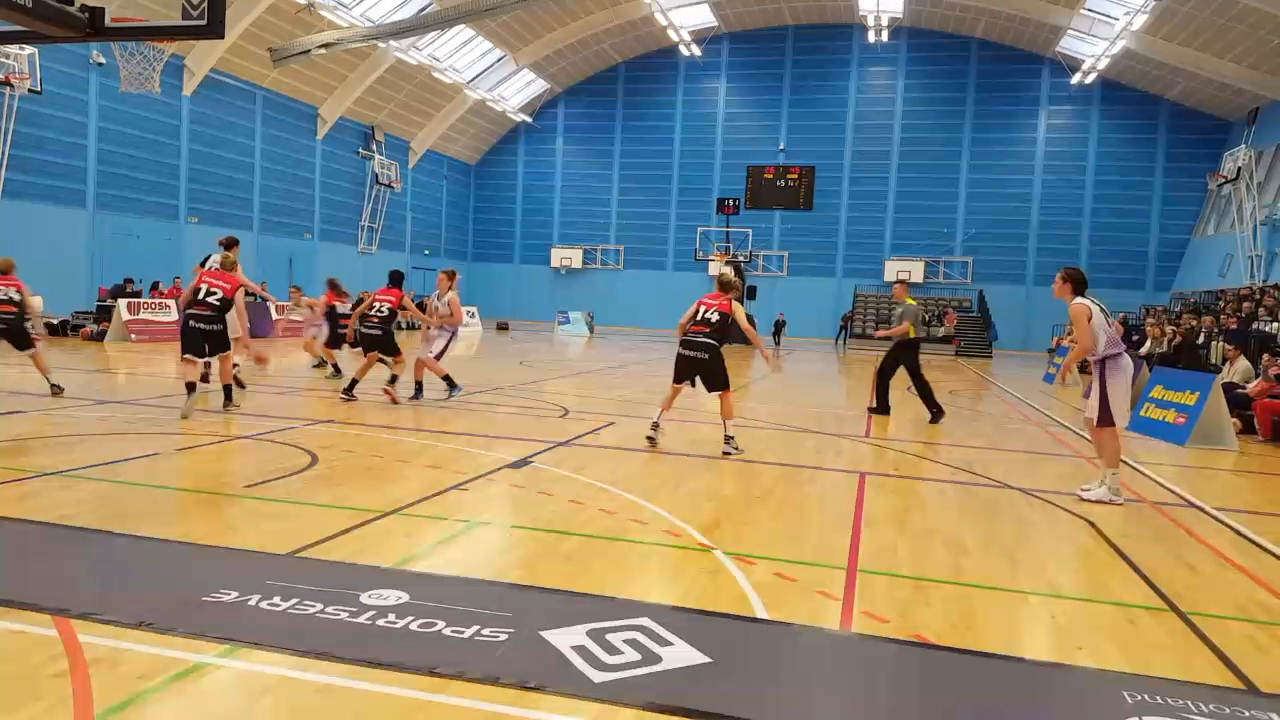 American-born Natalie Bastian top scored with 15 points but Caledonia Pride, Scotland’s first women’s professional basketball team, lost 57-39 to Leicester Riders in the Women’s British Basketball League at Oriam at Riccarton near Edinburgh.
The home side were only 15-12 down after a bright first quarter when they took the game to the visitors but fell 36-22 adrift by half-time.
Riders eased to victory by increasing their advantage to 45-28 by the end of the third and closed the Scots out in the in the final session.
Hannah Peacock also reached double-figures with ten points for the home side and Tricia Oakes was next best with nine but the Scots missed a number of clear-cut scoring chances which cost them dear.
The physical and clinical Leicester side saw Vasciunaite Vitalija claim 15 points and Deanne Hayward net 14 points in the comfortable success and Pride coach Bart Sengers said: “I have mixed feelings.
“We were better than the first time we played them in the first game of the season but we missed a number of opportunities here.”