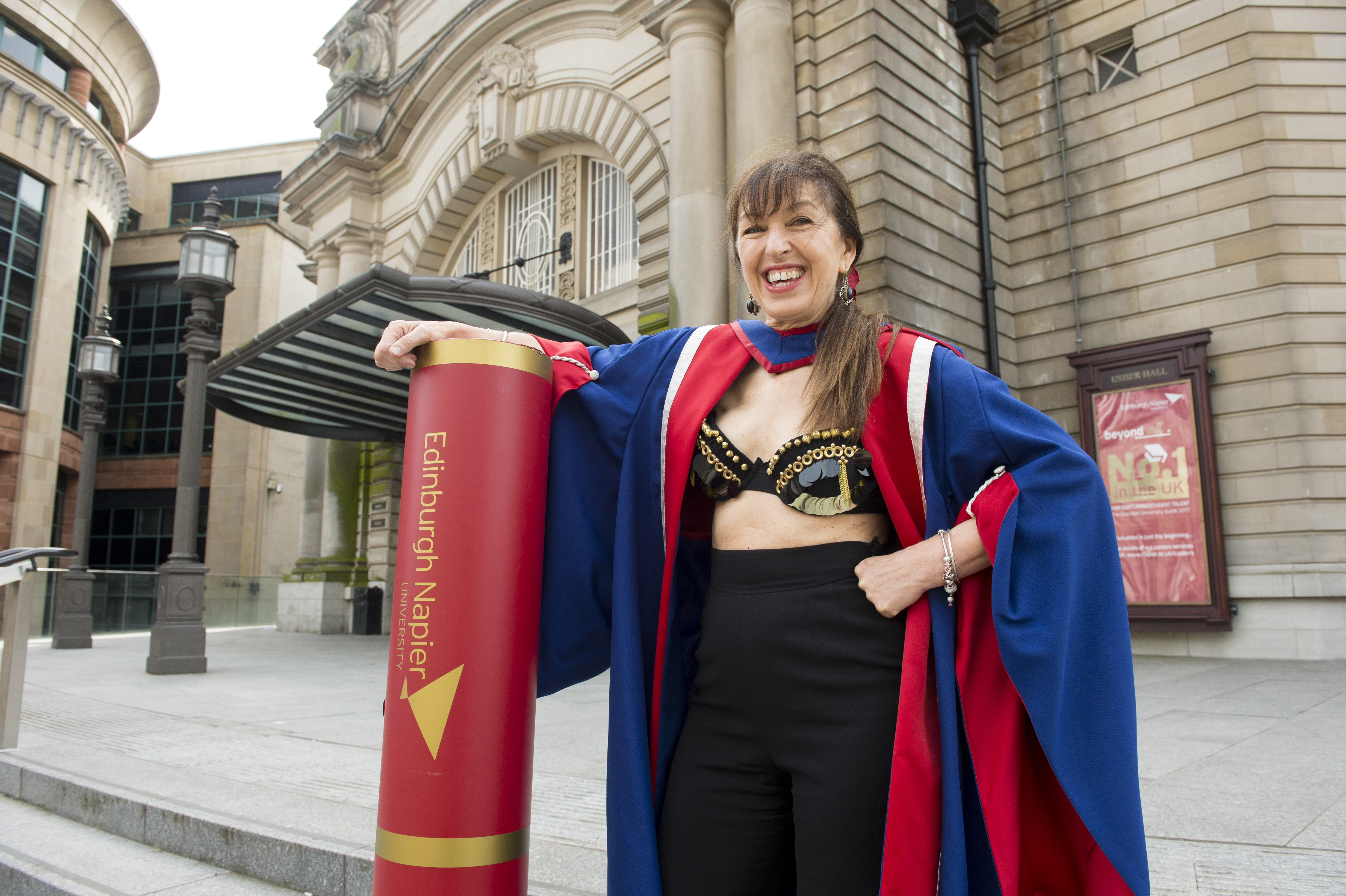 The woman behind the breast cancer awareness charity Walk the Walk, as well as the Moon Walk fundraisers, has today received an honorary doctorate from Edinburgh Napier University to mark the work she has done to help raise around £111m for treatment and research in the UK.

Nina Barough founded Walk the Walk shortly after she was diagnosed with breast cancer in 1997. Her charitable work began shortly before receiving her diagnoses, when she was took part in the New York marathon wearing a bra in 1996.

Her Moon Walk fundraiser has raise over £19m in Scotland alone in the years since its launch.

She was previously recognised with a CBE for services to healthcare in 2006 and won a Pride of Britain award in 2008.

Barough joined the many other graduates at a ceremony in the Usher Hall today, where she was awarded her doctorate. Speaking in the lead up to receiving her doctorate, she said:

“I am so very excited and honoured to receive this Honorary Doctorate of the University. It is completely unexpected, but a wonderful and very special recognition of all that has been achieved by Walk the Walk and all its Walkers and supporters throughout Scotland and across the UK.”