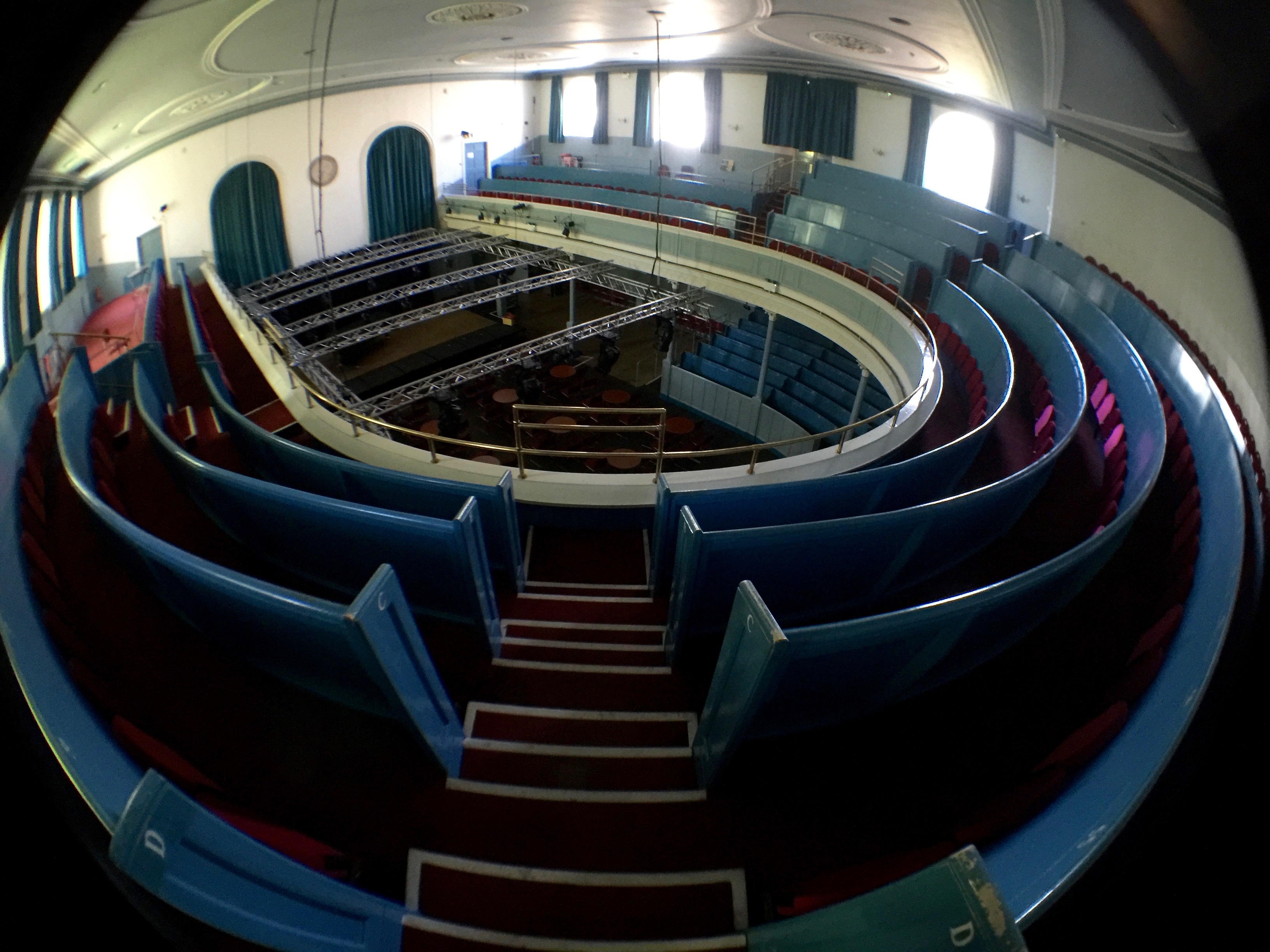 The Queen’s Hall is a fascinating building and today it celebrates its 37th birthday as a concert venue. But there is much more to its past, and yes, it was built more than 37 years ago! The plaque with The Creed on it is actually the outer wall of the original building.

But The Creed and the 10 Commandment plaques were not part of the original decor of the Hope Park Chapel. They were actually gifted in June 1949 from Buccleuch Parish Church.

The Hall, now named The Queen’s Hall, opened its doors to the public on 6 July 1979 when Her Majesty Queen Elizabeth II attended the gala opening concert. It is a 900 seat music venue with not one but two Steinway pianos installed.

Imagine yourself at the start of the 19th century when the Hope Park Chapel was built in 1823.  It was designed by Edinburgh architect Robert Brown who sadly died in the same year as the church was completed.  It is one year after Sir Walter Scott organised the visit of George IV to the capital,  Edinburgh and Scotland are rising in confidence and profile both in the UK and the world.

You can see more about this period when Scotland was transformed and commerce, industry and agriculture changed the landscape when a new meritocracy emerged at the Scottish National Portrait Gallery in their Age of Improvement exhibition.

KEY POINTS IN THE BUILDING’S HISTORY

July 1976 – Parish Church of Newington + St Leonards closes as the Scottish Baroque Ensemble (now the Scottish Ensemble) and the Scottish Chamber Orchestra are looking for premises. Robert Hurd and Partners were commissioned and planning permission was gained for the £850K costs.

July 1979 – The Queen’s Hall opens with a Gala Concert

2011/12 – Boiler, toilets, carpeting, audio equipment – perhaps not the most glamorous fact  but it does give an idea of the ongoing costs of keeping a building like Queen’s Hall running!

The hall hosts music of all genres, it is home to the Scottish Chamber Orchestra and the three festivals in August as well as the Jazz and Blues Festival in July. Its unique acoustic properties make it one which is well-loved by artistes and audiences alike.

The Queen’s Hall has its own Fringe programme which you can read here.