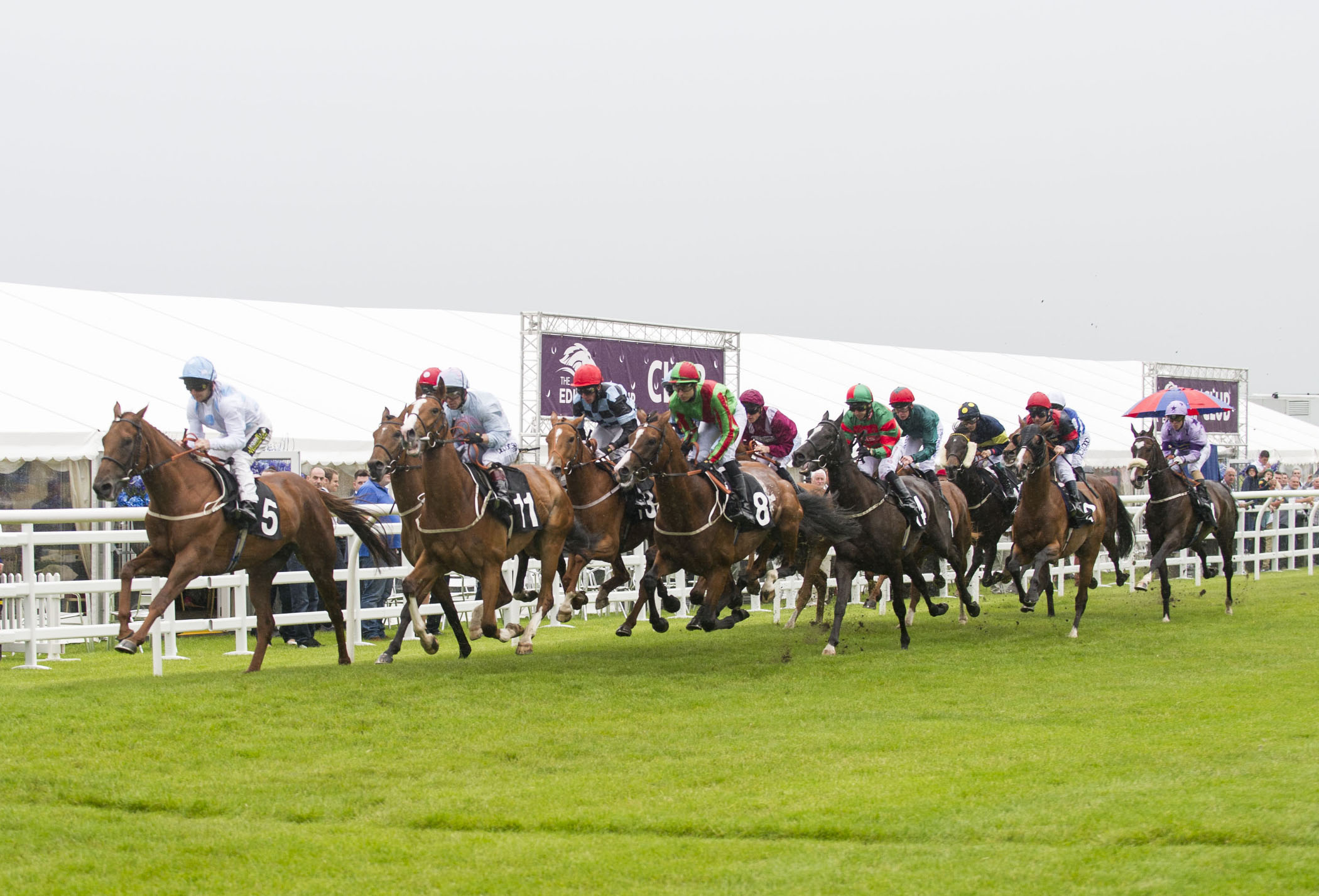 Musselburgh’s richest race of the year has caught the interest of four trainers who lost out in last week’s Epsom Dash. But the quartet of raiders will have to outgun last year’s winner Red Baron who is looking to do the double for trainer Eric Alston in the £100,000 William Hill Scottish Sprint Cup.

The five-furlong feature race at Musselburgh’s sold-out Stobo Castle Ladies Day on Saturday (11 June) is not short on quality and the 17-strong field has David Nicholls’ Kimberella, which lost by a short head at Epsom to Caspian Prince, vying with other Epsom also-rans including third placed Duke of Firenze, Monsieur Joe and Green Door.

The East Lothian track will be packed to the gunnels with a 10,000 capacity crowd waiting to see if Red Baron can better last year’s performance when it blazed a trail to set a course record with a sensational time of 57.1 seconds.

Kimberalla, from a plum draw (17) right against the stands’ rails, is the current 5/1 favourite with the sponsors William Hill, with See The Sun, Thesme and Red Baron (well-backed from 12’s earlier in the week) on 8/1.

See The Sun is trained by Tim Easterby and ridden by Rachel Richardson and the Yorkshire raider is aiming for a hat-trick following wins over six-furlongs at York and Doncaster.

Hoofalong, co-owned by golfer Lee Westwood and a current 16/1 shot, is trained by Easterby’s veteran uncle Mick and scored at Chelmsford City in April.

Eleven-year-old Tangerine Trees, now trained by Mick Appleby, is a dual course and distance winner at Musselburgh but his finest hour came when scooping the Group One Prix De L’Abbaye De Longchamp on Arc day 2011.

Musselburgh Racecourse managing director, Bill Farnsworth, said: “The going is good to firm and we have fast ground so you can expect another lightening quick race. We are delighted with the way in which the William Hill Scottish Sprint Cup has evolved to be one of the UK’s fastest and richest sprint races and it’s our ambition over time increase the prize money to rival the Ayr Gold Cup.

“With excellent prize money on offer, including the £40,000 consolation William Hill Scottish Tartan Trophy, we have a cracking card lined up on Saturday and the atmosphere at a capacity Musselburgh as these horses come down the home straight takes some beating.”

Gates open at 11am on Saturday, the first race is at 2pm and the William Hill Scottish Sprint Cup is at 3.45pm.