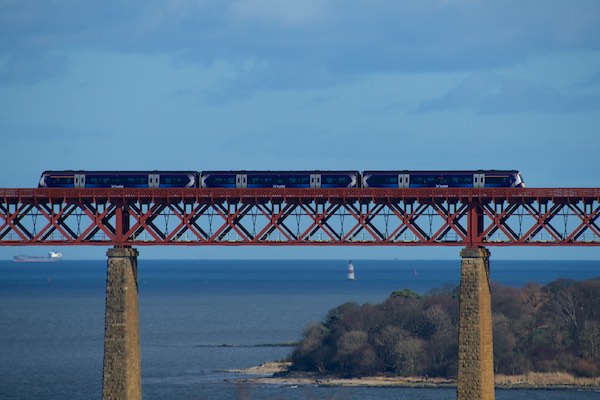 Research just released about 16 major cities in Britain shows that commuters in both Edinburgh and Glasgow rank 7th and 8th on the worst odds of delays table.

If you are one of those commuters then you are encouraged to use the data and analysis to change your journey to a more reliable service.

Commuters in both cities endure around 10 hours of delays each year but could minimise that by looking at how punctual their chosen service is.

In Edinburgh around one in four trains arrivals are delayed between 7.00am and 10.00 am and half of train services between 8.30 and 9.00am run late.

The research shows that if Edinburgh commuters are able to use a later service then they would reduce the time their journey is delayed by around 2 hours over the year.

The Fasteroute data analysis categorises delays as one minute or more after the planned arrival time, which differs to network operators that may classify delays as five minutes or more. The data is collected in “real time”, giving rail passengers an up-to-the-minute view of train service delays, allowing better-informed travel choices to be made to optimise their journeys on a daily basis.

For the first time, the Fasteroute Delay Explorer allows commuters to evaluate a train service’s reliability. By analysing a service’s punctuality over time, visualisations show users the probability of arriving on time, or with delays, and how likely it is that a certain train may be cancelled, while directly comparing services at similar times. Each reliability rating is also available in the Fasteroute app’s live departures and arrivals board.

George Goldberg, Co-Founder, Fasteroute, said: “Fasteroute empowers rail passengers to improve their journeys. By choosing more reliable trains to travel on, and avoiding those with a history of delays and disruption, passengers can save time and worry less. Over time, data continually collected across the rail network will allow Fasteroute to predict how major incidents will affect rail services, and assist passengers to get to where they need with minimum hassle and inconvenience.”