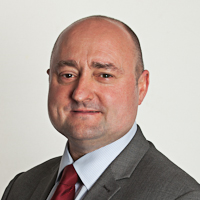 Councillor Ricky Henderson is the Convener of Health, Social Care and Housing and The Edinburgh Reporter met with him to discuss whether his part of the budget was the safest given that many of the obligations which the department fulfils are statutory ones.

This was the department within the council which had an overspend last year. A variety of factors ended up in an overspend of around £5.6 million, largely due to the demand for at home care packages for disabled and elderly residents across the city. Councillor Henderson admitted: “There are still pressures there, but we are having to take a range of steps across the service sot that we stick within the allocated budget.”

This year they are to be awarded a budget increase of £10 million meaning that the department will be awarded around £210 million. Out of a revenue budget of just under £1 billion this is clearly a large slice.

How can the department make savings? There are voluntary redundancies ongoing across the council as part of the transformation programme, but as the council subcontracts some of the care at home work to outside agencies they are also going to take the work out to new tender shortly.

The council’s budget consultation ends on 17 December. You are encouraged to have your say now.